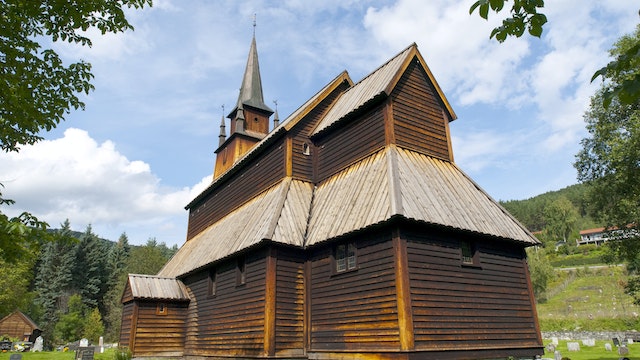 Kaupang, 5km east of Larvik, was a former Viking town built around AD 800 and occupied until 960. It is believed that up to 1000 people once lived here. Although most of the original artefacts are now in Oslo, the custodians of the site make the most of what they have with a small exhibition, four Viking tents and knowledgeable guides dressed as Vikings who can show you nearby Viking graves and explain Kaupang's past.

On Wednesday (family day) and weekends, they cook Viking soup and bread, and fire up the forge. The guides can also tell you where to find other Viking cemeteries in the Larvik area.