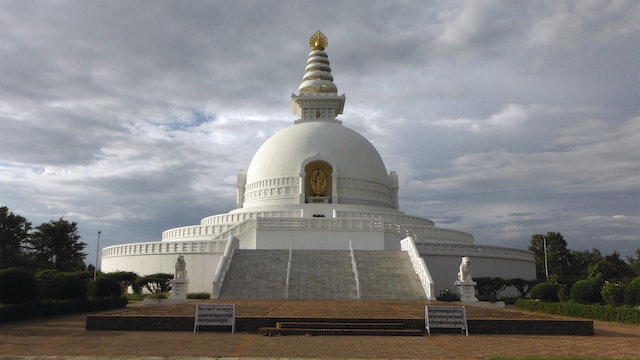 Located outside the main compound, but easily accessible by bike, the impressive gleaming-white World Peace Pagoda, one of the world's greatest stupas, was constructed by Japanese Buddhists at a cost of US$1 million. The shining golden statue depicts the Buddha in the posture he assumed when he was born. Near the base of the stupa is the grave of a Japanese monk murdered by anti-Buddhist extremists during the construction of the monument.