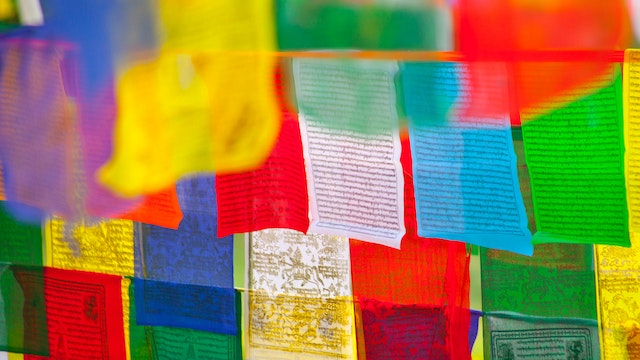 The spiritual heart of Lumbini, Maya Devi Temple marks the spot where Queen Maya Devi gave birth to Siddhartha Gautama in around 563BC. In the adjoining sacred garden you’ll find the pillar of Ashoka, ancient ruins of stupas, and maroon- and saffron-robed monks congregating under a sprawling Bodhi (pipal) tree decorated with prayer flags. Buy your entrance ticket 50m north of the gate to the Sacred Garden, and remove your shoes at the gate.

Excavations carried out in 1992 revealed a succession of ruins dating back at least 2200 years, including a commemorative stone on a brick plinth, matching the description of a stone laid down by Emperor Ashoka in the 3rd century BC. There are plans to raise a grand monument on the site, but for now a sturdy brick pavilion protects the temple ruins.

You can walk around the ruins on a raised boardwalk. The focal point for pilgrims is a sandstone carving of the birth of the Buddha, reputedly left here by the Malla king, Ripu Malla, in the 14th century, when Maya Devi was worshipped as an incarnation of the Hindu mother goddess. The carving has been worn almost flat by centuries of veneration, but you can just discern the shape of Maya Devi grasping a tree branch and giving birth to the Buddha, with Indra and Brahma looking on. Directly beneath this is a marker stone encased within bulletproof glass, which pinpoints the spot where the Buddha was born.

The sacred pond beside the temple is believed to be where Maya Devi bathed before giving birth to the Buddha. Dotted around the grounds are the ruined foundations of a number of brick stupas and monasteries dating from the 2nd century BC to the 9th century AD.