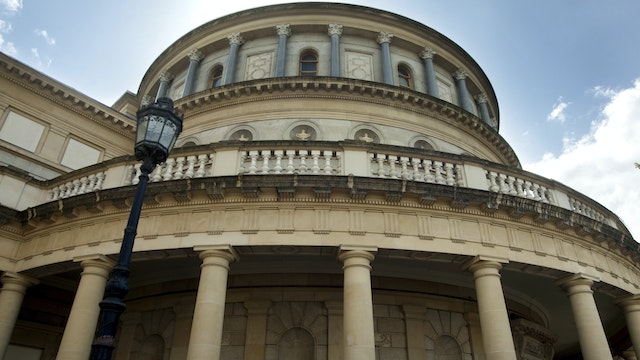 Established in 1877 as the primary repository of the nation's cultural and archaeological treasures, this is the country's most important museum. The original 1890 building is where you'll find stunning Celtic metalwork, Ireland's most famous crafted artefacts (the Ardagh Chalice and the Tara Brooch, from the 12th and 8th centuries respectively) and a collection of mummified bodies from the Iron Age, preserved to a disturbingly perfect degree by Ireland's peat bogs.

Also part of the Treasury is the exhibition Ór-Ireland’s Gold, featuring stunning jewellery and decorative objects created by Celtic artisans in the Bronze and Iron Ages. Among them are the Broighter Hoard, which includes a 1st-century-BC large gold collar, unsurpassed anywhere in Europe, and an extraordinarily delicate gold boat. There’s also the wonderful Loughnashade bronze war trumpet, which also dates from the 1st century BC.

The other showstopper is the collection of Iron Age 'bog bodies' in the Kingship and Sacrifice exhibit – four figures in varying states of preservation dug out of the midland bogs. The bodies' various eerily preserved details – a distinctive tangle of hair, sinewy legs and fingers with fingernails intact – are memorable, but it's the accompanying detail that will make you pause: scholars now believe that all of these bodies were victims of the most horrendous ritualistic torture and sacrifice – the cost of being notable figures in the Celtic world.

Upstairs are Medieval Ireland 1150–1550, Viking Ireland – which features exhibits from the excavations at Wood Quay, the area between Christ Church Cathedral and the river – and Ancient Egypt, featuring items acquired from excavations conducted between 1890 and 1930.

The museum's sister museums are made up of the stuffed beasts of the Museum of Natural History, the decorative arts section at Collins Barracks, and a country life museum in County Mayo, on Ireland’s west coast.