in Kilmainham & the Liberties 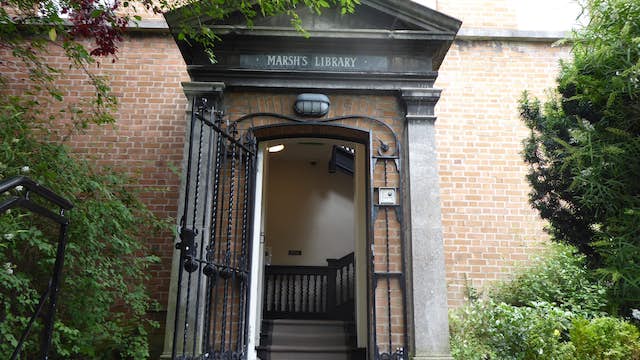 This magnificently preserved scholars' library, virtually unchanged in three centuries, is one of Dublin's most beautiful open secrets and an absolute highlight of any visit. Atop its ancient stairs are beautiful dark-oak bookcases, each topped with elaborately carved and gilded gables, and crammed with 25,000 books, manuscripts and maps dating back to the 15th century.

Founded in 1701 by Archbishop Narcissus Marsh (1638–1713) and opened in 1707, the library was designed by Sir William Robinson, the man also responsible for the Royal Hospital Kilmainham. It's the oldest public library in the country, and contains 25,000 books dating from the 16th to the early 18th century, as well as maps, manuscripts (including one in Latin dating back to 1400) and a collection of incunabula (books printed before 1500).