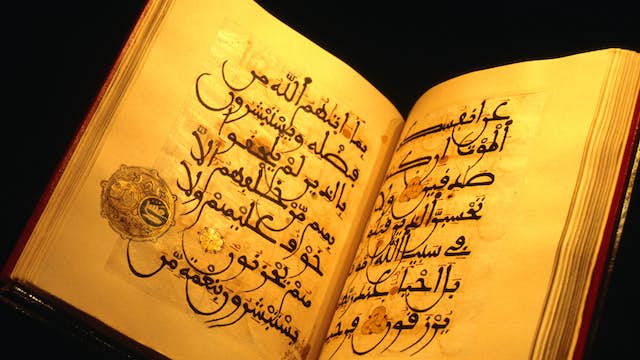 This world-famous library in the grounds of Dublin Castle houses the collection of mining engineer Sir Alfred Chester Beatty (1875–1968), bequeathed to the Irish State on his death. Spread over two floors, the breathtaking collection includes more than 20,000 manuscripts, rare books, miniature paintings, clay tablets, costumes and other objects of artistic, historical and aesthetic importance. Free tours run at 1pm Wednesdays, 2pm Saturdays and 3pm Sundays. Entrance is free, but a donation of €5 is suggested.

The Artistic Traditions Gallery on the 1st floor begins with memorabilia from Beatty's life, before embarking on an exploration of the art of Mogul India, Persia, the Ottoman Empire, Japan and China. Here you'll find intricately designed little medicine boxes and perhaps the finest collection of Chinese jade books in the world. The illuminated European texts are also worth examining.

The Sacred Traditions Gallery on the 2nd floor gives a fascinating insight into the rituals and rites of passage of the major world religions – Judaism, Christianity, Islam, Buddhism and Hinduism. There are audiovisual explorations of the lives of Christ and the Buddha, and of the Muslim pilgrimage to Mecca.

The collection of Qur'ans from the 9th to the 19th centuries is considered to contain among the best examples of illuminated Islamic texts in the world. You'll also find ancient Egyptian papyrus texts (including Egyptian love poems from around 1100 BC), scrolls and exquisite artwork from Myanmar (Burma), Indonesia and Tibet – as well as the second-oldest biblical fragment ever found (after the Dead Sea Scrolls).

The comprehensive Reference Library, complete with a finely lacquered ceiling that Beatty himself had installed in his London home, is a great resource for artists or students.

The library regularly holds specialist workshops, exhibitions and talks on everything from origami to calligraphy. It's easy to escape from the rigours of Western life in the serene Japanese rooftop garden or at the Silk Road Café on the ground floor, which serves delicious Middle Eastern cuisine.