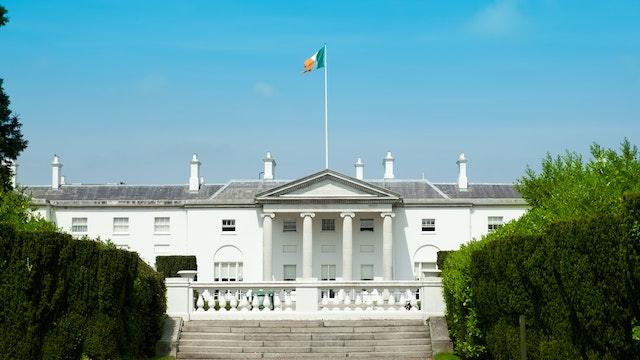 The official residence of the Irish president, this white Palladian lodge was originally built in 1751 and has been enlarged a couple of times since, most recently in 1816. Tickets for the free one-hour tours can be collected from the Phoenix Park Visitor Centre, the converted former stables of the papal nunciate (embassy), where you'll see a 10-minute introductory video before being shuttled to the Áras itself to inspect five state rooms and the president's study.

It was home to the British viceroys from 1782 to 1922, and then to the governors general until Ireland cut ties with the British Crown and created the office of president in 1937. Queen Victoria stayed here during her visit in 1849, when she appeared not to even notice the Famine. The candle burning in the window is an old Irish tradition, to guide the Irish diaspora home.