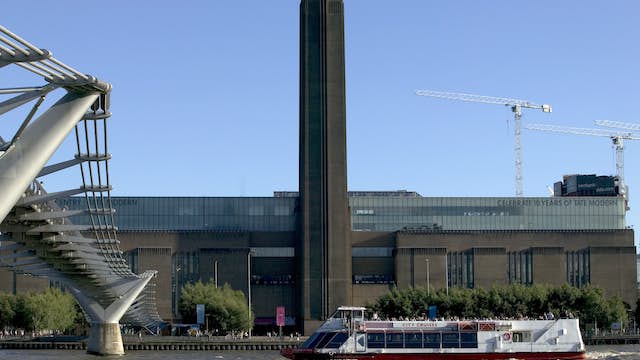 The large Lakshmana Temple took 20 years to build and was completed in about AD 954 during the reign of Dhanga, according to an inscription in its mandapa (pillared front pavilion). It’s arguably the best preserved of all the Khajuraho temples. On the southern side of its base are some of Khajuraho's most orgiastic carvings, including one gentleman and a horse, with a shocked figure peeping out from behind her hands.

You’ll see carvings of battalions of soldiers on the frieze around the base – the Chandelas were generally at war when they weren’t inventing new sexual positions – as well as musicians, hunters and plenty of elephants, horses and camels. Some superb carvings can also be found around the garbhagriha (inner sanctum). The temple is dedicated to Vishnu, although it’s similar in design to the Shiva temples Vishvanath and Kandariya-Mahadev.

The two small shrines facing Lakshmana's east end are the Lakshmi Temple (usually locked) and the Varaha Temple, containing a wonderful, 1.5m-high sandstone carving of Vishnu as his boar avatar, dating from AD 900 and meticulously carved with a pantheon of gods.