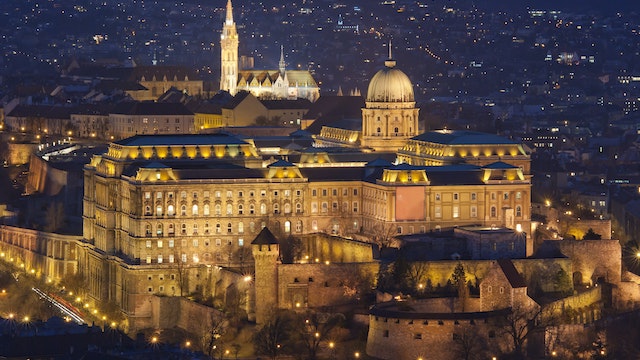 The former Royal Palace has been razed and rebuilt at least half a dozen times over the past seven centuries. Béla IV established a royal residence here in the mid-13th century, and subsequent kings added to the complex. The palace was levelled in the battle to drive out the Turks in 1686; the Habsburgs rebuilt it but spent very little time here. The Royal Palace now contains the Hungarian National Gallery, the Castle Museum, and the National Széchenyi Library.

You can access the palace via the Habsburg Steps and through an ornamental gateway dating from 1903, through the Corvinus Gate, with its big black raven symbolising King Matthias Corvinus, or via the escalator or steps from the gardens of the Castle Garden Bazaar below the southern end of Castle Hill.