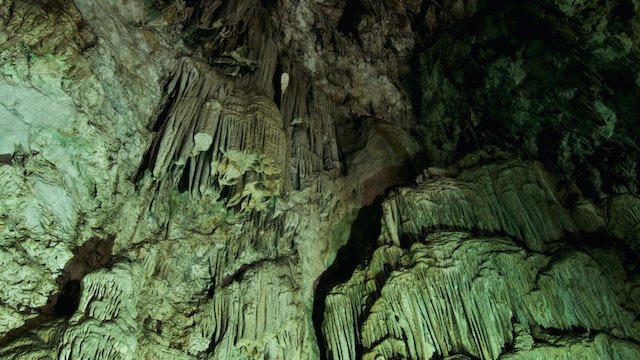 According to legend, Rhea hid in this cave to give birth to Zeus, far from the clutches of his offspring-gobbling father, Cronos. A slick and vertiginous staircase corkscrews into the damp dark, passing overhanging stalactites, ethereal formations and a lake. From Psyhro it's a steep 800m walk to the cave entrance, via a rocky but shaded natural trail or the sunny paved path starting near the car park.

The most famous formation is a stalactite nicknamed 'the mantle of Zeus' in a chamber on the right-hand side off the larger hall. Offerings found in the cave, including daggers, arrowheads, figures and double axes, indicate that it was a place of cult worship from Minoan to Roman times. Key items are now on display at the Archaeological Museum in Iraklio.