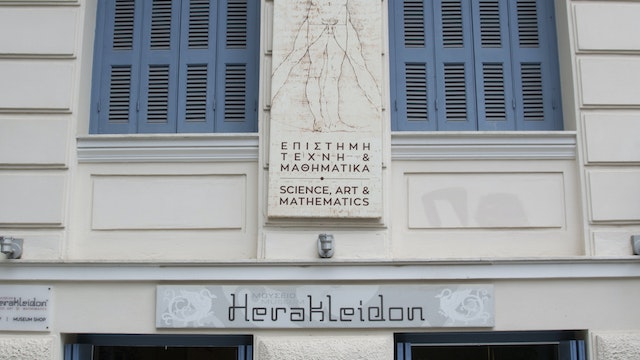 This eclectic private museum, split over two locations, examines the interrelation of art, mathematics and philosophy, explored through rotating exhibits on such diverse subjects as ancient robotic and computer technology, and shipbuilding. Building B focuses on weapons of war, including triremes, the ancient warships that allowed the Greeks to conquer the Persians at the Battle of Salamis.

Around the corner in a restored mansion, the smaller Building A has an exhibition on automata, featuring an ancient type of robot including one of a moving servant girl. The museum also holds one of the world’s biggest collections of MC Escher artworks (though it is not always on view).