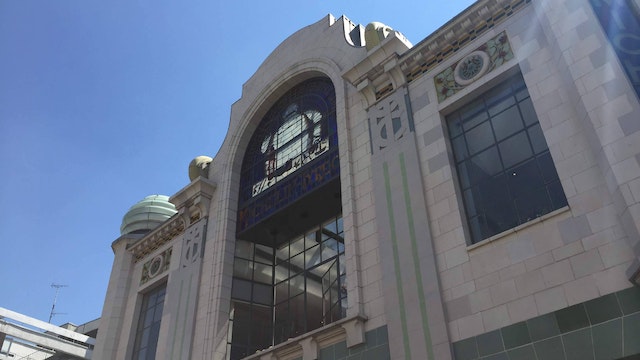 Built for Michelin between 1905 and 1911 by François Espinasse, and completely restored in 1985, the building blurs the stylish line between art nouveau and art deco, both announcing the dawn of the machine age while giving a nod to natural forms. The iconic roly-poly Michelin Man (Bibendum) appears in the exquisite modern stained glass (the originals were removed at the outbreak of WWII and stored in the Michelin factory in Stoke-on-Trent, but subsequently vanished), while the lobby is decorated with tiles illustrating early-20th-century cars.