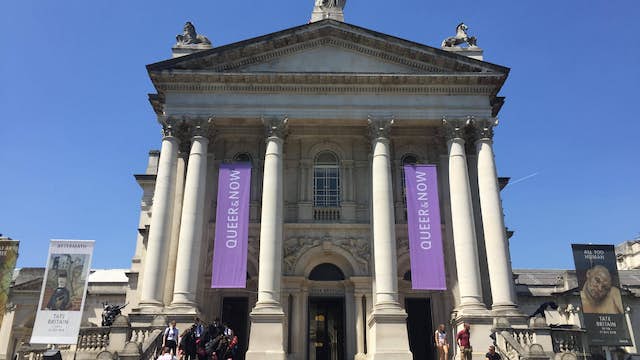 On the site of the former Millbank Penitentiary, the older and more venerable of the two Tate siblings opened in 1892 and celebrates British art from 1500 to the present, including pieces from William Blake, William Hogarth, Thomas Gainsborough and John Constable, as well as vibrant modern and contemporary pieces from Lucian Freud, Barbara Hepworth, Gillian Ayres, Francis Bacon and Henry Moore. The stars of the show are, undoubtedly, the light-infused visions of JMW Turner in the Clore Gallery.

After Turner died in 1851, his estate was settled by a decree declaring that whatever had been found in his studio – 300 oil paintings and about 30,000 watercolours and sketches – would be bequeathed to the nation. The collection here constitutes a grand and sweeping display of his work, including classics such as The Field of Waterloo and Norham Castle, Sunrise.

Tate Britain is also home to seminal works from Constable, Gainsborough and Joshua Reynolds, as well as the Pre-Raphaelites, including William Holman Hunt's Strayed Sheep, John William Waterhouse's sculpture Hylas Surprised by the Naiades, Christ in the House of His Parents by John Everett Millais and Edward Burne-Jones' The Golden Stairs. Look out also for Francis Bacon's Three Studies for Figures at the Base of a Crucifixion.

The gallery hosts the prestigious and often controversial Turner Prize from October to early January every year (adult/child £13/free), plus a programme of ticketed exhibitions that changes every few months; consult the website for what's on.

Quick 15-minute Art in Focus talks on a selected work take place every Tuesday, Thursday and Saturday at 1.15pm; the piece under the microscope changes monthly, so check online or ask at the visitor information desk. Free 45-minute themed guided tours are held four times a day, and the 3pm slot is invariably on the work of JMW Turner. Both tours are free; booking is not required.

On the first Friday of each month, Late at Tate Britain means the gallery stays open until 9.30pm.