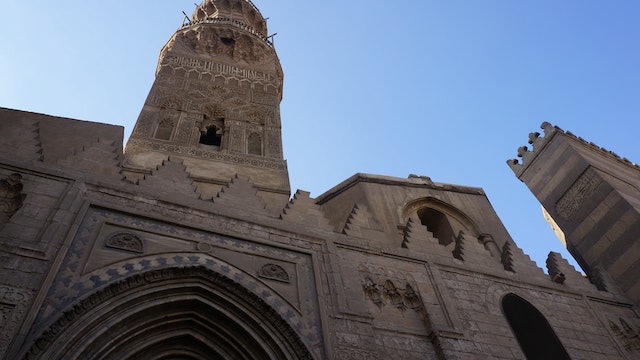 Sultan An Nasir (‘the Victor’), was both despotic and exceedingly accomplished. His madrassa was built in 1304 in part with a Gothic doorway An Nasir plundered from a church in Acre (now Akko, Israel) after he and his army ended Crusader domination there in 1290. Buried in the mausoleum (on the right as you enter, ask the site guardian for the key) is An Nasir’s mother and favourite son; the sultan himself is next door in the mausoleum of his father, Qalaun.