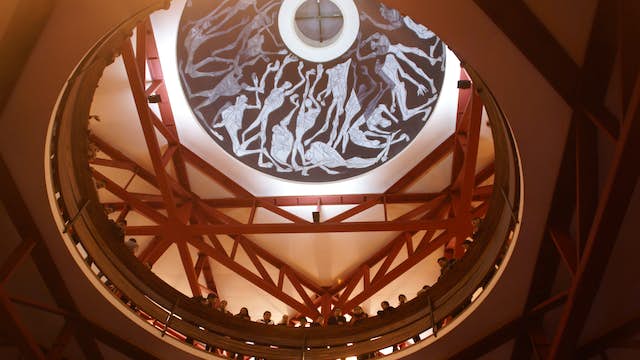 One of the most important works of art in South America, Ecuadorian artist Oswaldo Guayasamín’s Capilla del Hombre stands next to the Casa Museo Guayasamín. The fruit of Guayasamín’s greatest vision, this giant monument-cum-museum is a tribute to humankind, to the suffering of Latin America’s indigenous poor and to the undying hope for something better. It’s a moving place and tours (in English, French and Spanish, included in the price) are highly recommended. Admission includes entrance to the Casa Museo.

Guayasamín conceived the idea in 1985 but passed away in 1999 before work was completed. The building was finished three years later, in 2002.