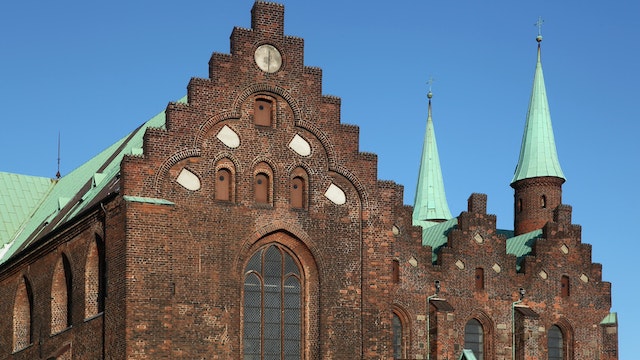 With a lofty nave spanning nearly 100m in length, Aarhus Domkirke is Denmark’s longest church. The original Romanesque chapel at the eastern end dates from the 12th century, while most of the rest of the church is 15th-century Gothic.

Like other Danish churches, the cathedral was once richly decorated with frescoes that served to convey biblical parables to unschooled peasants. After the Reformation in 1536, church authorities, who felt the frescoes smacked too much of Roman Catholicism, had them all whitewashed, but many have now been uncovered and restored. They range from fairy-tale paintings of St George slaying a dragon to scenes of hellfire.

A highlight of the cathedral is the ornate, five-panel, gilt altarpiece made in Lübeck by the renowned woodcarver Bernt Notke in the 15th century.