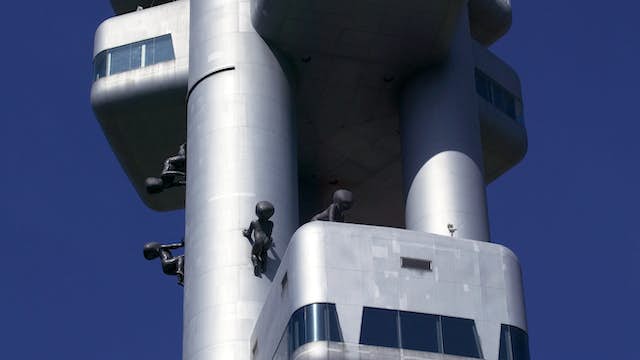 Prague’s tallest landmark – and depending on your tastes, either its ugliest or its most futuristic feature – is the 216m-tall TV Tower, erected between 1985 and 1992. More bizarre than its architecture are the 10 giant crawling babies that appear to be exploring the outside of the tower – an installation called Miminka, by artist David Černý.

The 93m-high observation decks are fitted out with comfortable sofas and futuristic hanging armchairs, with screens showing film clips of the tower's construction. There’s also a cafe, cocktail bar and restaurant at the 66m level, and even a luxury one-room 'hotel'. Beneath the tower there's a children's park, minigolf and a skating rink in winter.