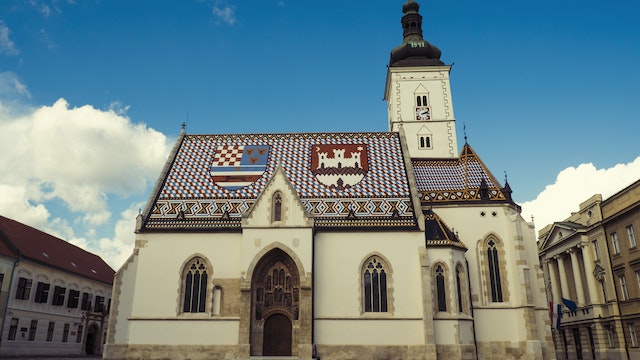 The 13th-century St Mark’s Church is one of Zagreb’s most emblematic buildings. Its colourful tiled roof, constructed in 1880, has the medieval coat of arms of Croatia, Dalmatia and Slavonia on the left side, and the emblem of Zagreb on the right. The Gothic portal, composed of 15 figures in shallow niches, was sculpted in the 14th century. The interior contains sculptures by Ivan Meštrović, though the church is open only at Mass times.

From late April to October there's a guard-changing ceremony outside the church every Saturday and Sunday at noon.