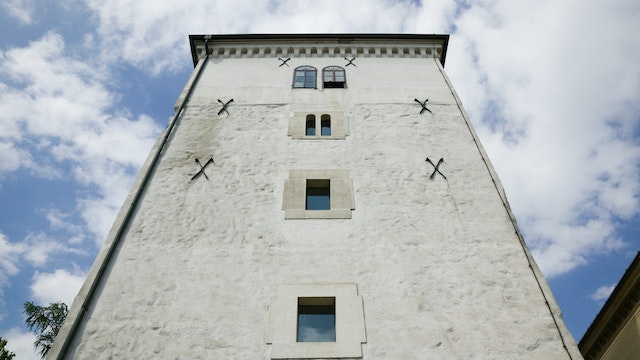 Lotrščak Tower was built in the middle of the 13th century to protect the south city gate. Normally you can enter and climb up to the top for a sweeping 360-degree view of the city, but it was closed for extensive restoration work in 2018, with no date set for reopening. Directly across the street is the funicular railway, constructed in 1888, which connects the Lower and Upper Towns.

For the last 100 years a cannon has been fired from the tower every day at noon, allegedly to commemorate one day in the mid-15th century when the cannon was fired at the Turks at noon, who were camped across the Sava River. On its way down, the cannonball happened to hit a rooster, which was blown to bits – according to legend, this was so demoralising for the Turks that they decided not to attack the city. (A less fanciful explanation is that the cannon shot allows churches to synchronise their clocks.)