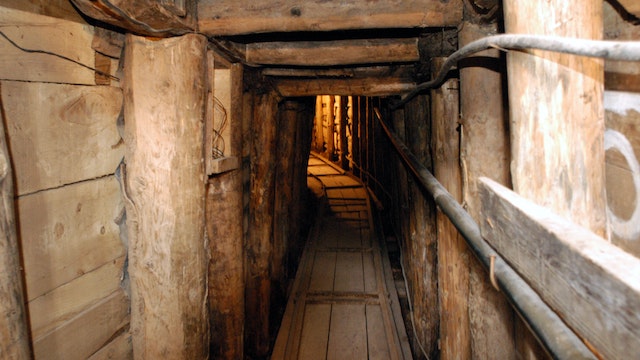 During the 1992–95 siege, when Sarajevo was surrounded by Bosnian Serb forces, the only link to the outside world was an 800m-long, 1m-wide, 1.6m-high tunnel between two houses on opposite sides of the airport runway. Walking through a 25m section is the moving culmination of a visit to the shell-pounded house which hid the western tunnel entrance. The story of the siege and the tunnel's construction is told via video, information boards and an audioguide accessible via free wi-fi.

Although the airport was supposedly neutral and under tenuous UN control during the conflict, crossing it would have been suicidal. The solution was to secretly build the tunnel, which was eventually equipped with rails to transport food and arms. That proved just enough to keep Sarajevo supplied during nearly four years of siege.

Getting here by public transport is complicated; you're better off catching a taxi.