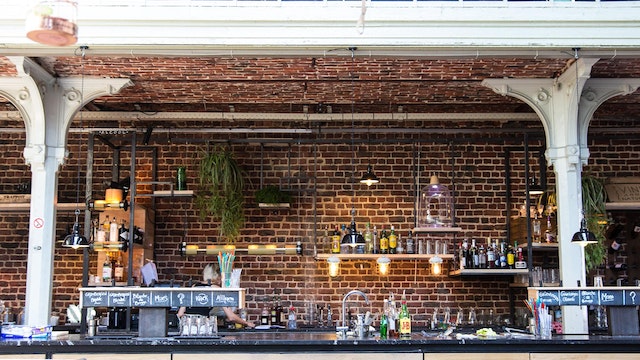 In 1881 this superb neo-Renaissance brick-and-wrought-iron meat market was built around a curious pyramidal monument-fountain (itself built to replace a medieval Gothic church demolished in 1799 by the anti-religious French regime). The monument marks ‘kilometre zero’ – the point from which all distances in Belgium are measured. The market lay derelict for much of the 1980s but has since been beautifully renovated and is now a combined bar-café, club and exhibition space.

Black steel gates beside the bistro Le Lion St-Géry lead into a private courtyard in which one branch of the mostly covered Senne River has been uncovered, along with a reconstructed historical mooring point. The stream is bridged by the vaulted 1811 brick, neo-Gothic Au Lion d’Or building. The courtyard also offers interesting views of the bulb-spired Église Notre-Dame des Riches Claires.