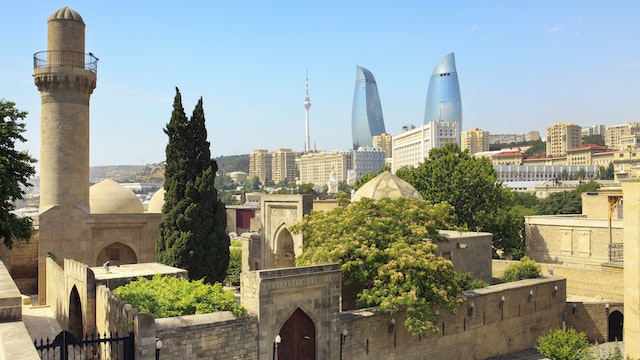 This splendid confection of sandstone walls and domes was the seat of northeastern Azerbaijan’s ruling dynasty during the Middle Ages. Mostly 15th century, it was painstakingly (over)restored in 2003 with artefacts adding interest plus one or two entertaining audiovisual surprises.

Enter via the main ceremonial courtyard. A small gateway on the left leads into the courtyard of the 1428 Divanxanə, an open-sided, octagonal rotunda where Shirvanshah Khalilullah I once assembled his court: a decidedly small court it would seem, judging from the structure’s diminutive size. To see the whole palace complex without paying for entrance, buy a drink on the rooftop at Floors or climb to the 'secret' rooftop of the Artım art space.