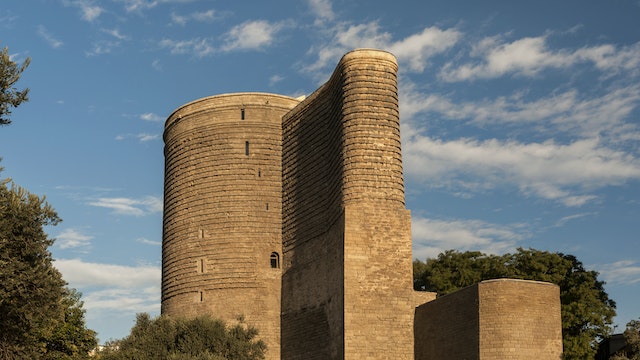 This tapering 29m stone tower is Baku’s foremost historical icon, with rooftop views surveying Baku Bay and the Old City. Possibly millennia old, its construction date is the subject of much debate, though much of the present structure appears to be 12th century. The Azeri name, Qız Qalası, is usually rendered ‘Maiden’s Tower’ in English, leading to plenty of patently fictitious fairy tales. Various versions are considered in the imaginative little multimedia installations that adorn several floors of the tower's interior.

A better translation of Qız Qalası would be ‘Virgin Tower’, alluding to military impenetrability rather than any association with tragic females. It was certainly an incredibly massive structure for its era, with walls 5m thick at the base and an unusual projecting spine-buttress.