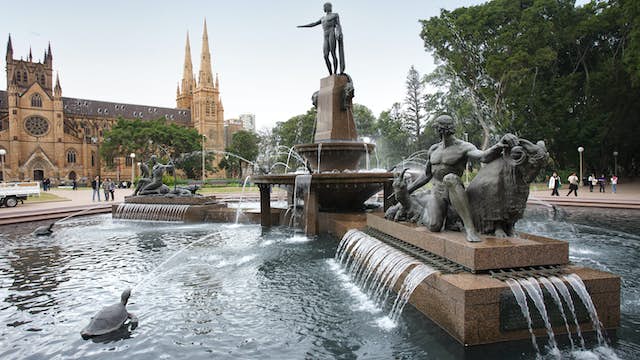 Formal but much-loved Hyde Park has manicured gardens and a tree-formed tunnel running down its spine, which looks particularly pretty at night, illuminated by fairy lights. The park’s northern end is crowned by the richly symbolic art-deco Archibald Memorial Fountain, while at the other end is the Anzac Memorial.

The park was originally the colony's racecourse and cricket ground and took its current form in the 1920s. The statue of Captain Cook in the southern section has been a focus of recent controversy, largely due to the phrase 'Discovered this territory 1770' carved on the plinth.