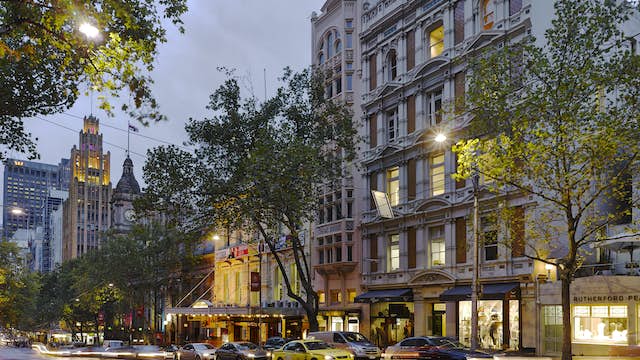 This beautiful Victorian shopping arcade, built in 1891 and inspired by the Galleria Vittorio in Milan, features ornate plasterwork and mosaic floors. Peacocking around 'the Block' was a popular pastime in 19th-century Melbourne. There are 29 retailers over two levels, including the historical Hopetoun Tea Rooms. Vinyl lovers, don't miss Basement Discs underground. Enter from either Collins or Elizabeth St.

The Collins St wing was one of Melbourne's first land auctions, selling for the equivalent of $36. It's been a grain store, held railway materials and was the first Georges department store.