Where to find the best street food in Morocco

Bustling, locally loved street food stalls set up from morning until late night prove there’s more to the food scene in Morocco than bubbling meaty tajines and mountainous platters of couscous, the dishes with which the kingdom is most famously associated. But like the diverse cultures and changing landscapes across this stretch of North Africa, so too does the street food vary from region to region and city to city. Here's where to devour the best at any time of day.

As day breaks, the tiny food stalls inside Bab Boujloud (the blue gate) in the imperial city of Fez serve up warm bowls of bissara, a soup made from split broad beans. Packed with protein and drizzled with olive oil, this rich and creamy blend is best scooped up with fresh, hot-out-of-the-local-oven bread and washed down with a sugary cup of mint tea. Add msimen, a Moroccan pancake fried on an open grill in the street, either plain or stuffed with tomato, onion, and olive and smothered in Laughing Cow cheese, for a breakfast that will leave you full until dinner. Breakfast isn’t the only thing the city is known for. As Morocco's culinary capital, Fez is also famed for pigeon pastilla (also referred to as bastilla), a dish traditionally served to sultans and today cooked for special occasions. Pastilla, which is stuffed with chicken; sweetened with cinnamon, icing sugar and ground almonds; and covered with a filo-like pastry, can be picked up from one of the street-side stalls lining the alleys near Bab Boujloud.

Feasting on lamb in Marrakesh

It’s not just foreign travellers who head to Marrakesh’s Mechoui Alley, just off the always-busy square of Djemaa El Fna, but rather the opposite: Moroccans turn out in droves. Underground ovens are stuffed with lamb that's prepared on a spit before being cooked for several hours. Once the meat is so tender it’s literally falling off the bone, it is seasoned with cumin and salt before being served by the quarter-kilo.

Famous across Morocco, the tanjia, a Marrakshi speciality prepared with cuts of lamb or beef, preserved lemons, smen (fermented butter) and a blend of spices, is slow cooked to perfection in this alleyway as well. Traditionally cooked over the same coals that heat the hammam, a clay pot is covered with butcher’s paper, sealed with string and cooked underground for approximately five hours until the spice blend has perfectly flavoured the meat. It's then served with the ubiquitous pot of sweet Moroccan tea. For the best tanjia in town, head to Hadj Mustapha, where the owner’s photos with Moroccan royalty are displayed proudly. This unassuming snack bar is popular with the local lunchtime crowd and on weekends when domestic tourists head here for Marrakesh's much-loved dish.

Foreign visitors give mixed reviews for the snails served at stalls set up around Djemaa El Fna, which are prepared in a herbal mix and scooped up with a toothpick, but don’t be surprised if you see locals slurping back the brew, which is said to aid digestion. If that’s your up your street, another speciality available at several stalls throughout the night market is the sheep’s head, brain and tongue, a local treat steamed up in large pots and served to hungry guests with a cup of sugary tea. Other stalls on the square offer more standard options like kebabs if you don't feel like going on a full-on culinary adventure. No matter what you choose, make sure to visit the stalls with the longest queues and the most locals.

Best for going off the tourist trail: Casablanca

Rick’s Café may be the most famous dining establishment in Casablanca given its connection to the film of the same name, but those who dare to head off the tourist trail in search of local specialities are well rewarded. Poke around Casa Port train station until you find the basic hole-in-the-wall eateries serving hot plates of mqila, an omelette served with fresh shrimp from the nearby Atlantic Ocean and cubes of Laughing Cow cheese thrown in. This isn't fine dining, but you're sure to have a street-side feast, and you can grab a cup of tea from the server as he wanders by with a tray full to wash it all down.

In seaside Essaouira, ground sardines are mixed with fresh coriander and spiced with ground cumin, pepper and paprika to create a sort of meatball before they are stuffed into a loaf of bread. While the work involved in getting the sardine meat is laborious, the sandwiches themselves sell for mere dirhams at small kitchens throughout the old city. You can also head to the fish market and pick out your own fresh catch before stopping by the nearby grills and having your selection prepared to your liking. Served with olives, fresh tomato salad, and sodas, this meal is truly dining like a local.

Sit streetside for a mixed grill in Moulay Idriss

From midday in the mountainside village of Moulay Idriss, you can follow the smoke rising from the street-side grills for some of the best barbecued kefta (ground beef seasoned with a blend of spices including paprika, cumin, coriander and garlic) in Morocco, which is plated up alongside chargrilled tomatoes and onions. After lunch, wander up to the main square where you’ll find men selling colourful nougat filled with pistachio and almonds before settling into a local cafe with a café nus-nus (meaning half coffee, half milk) while watching the world go by.

Foodie secret of the Sahara

Head towards the mysterious Sahara desert to enjoy medfouna, locally referred to as Berber pizza, in one of the main outposts of Errachidia or Erfoud. Stuffed with finely chopped herbs, a bit of harissa (a paste made from hot chilli peppers but with more of a salty taste than a spicy kick) and a dash of olive oil, a few vegetables and perhaps a bit of lamb, doughy medfouna is prepared in a traditional oven in central and southern Morocco. Of course, expect to be served a cup of sweet herbal tea to wash it down.

Enjoy a real sunken treasure at this Cayman Islands distillery

3 min read • Published about 4 hours ago

2 min read • Published about 4 hours ago

16 min read • Published about 5 hours ago

This incredible meteor shower will be visible in October

1 min read • Published about 5 hours ago 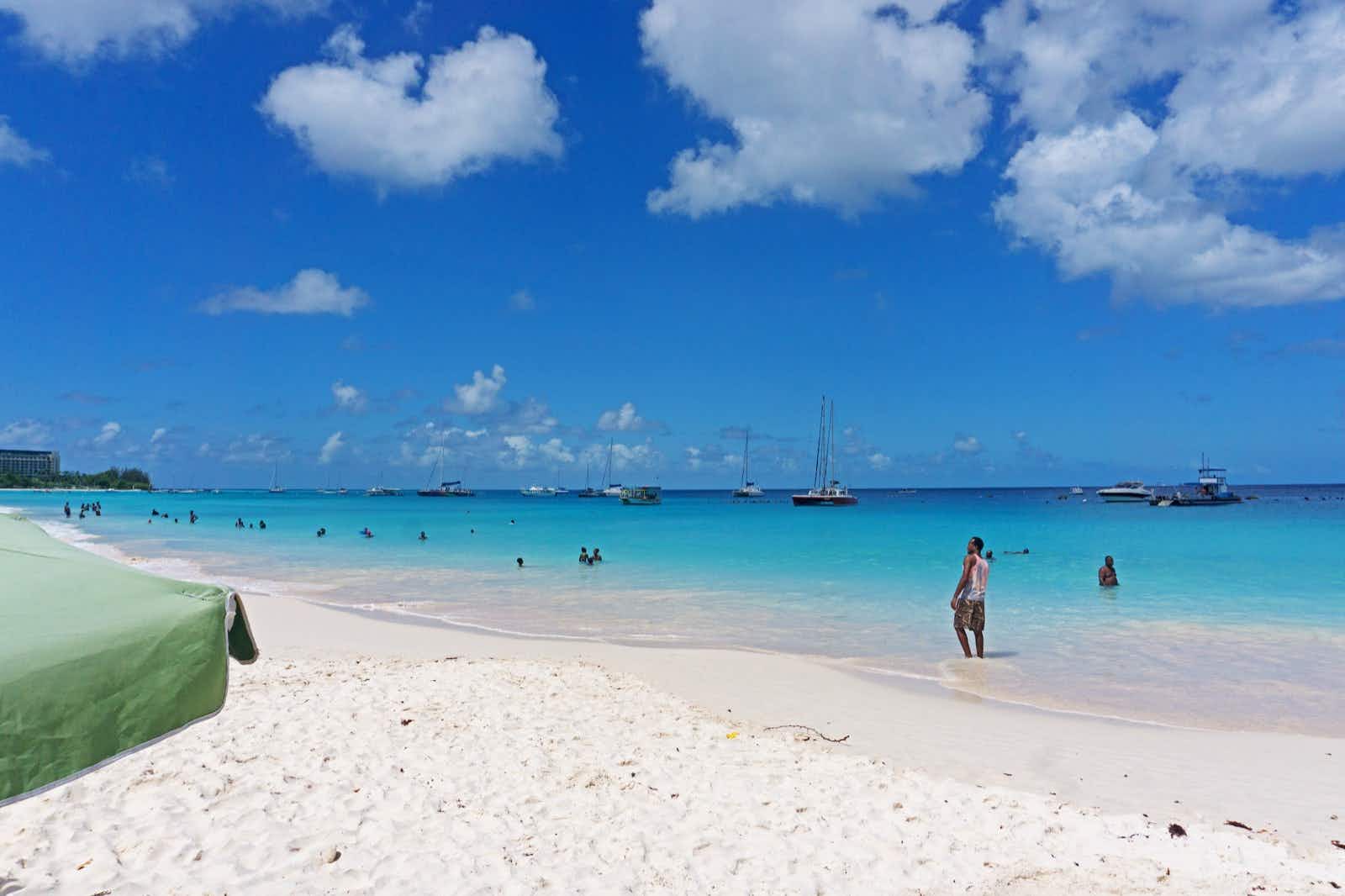 Get cultured in Bridgetown: 8 ways to explore Barbados' historic… 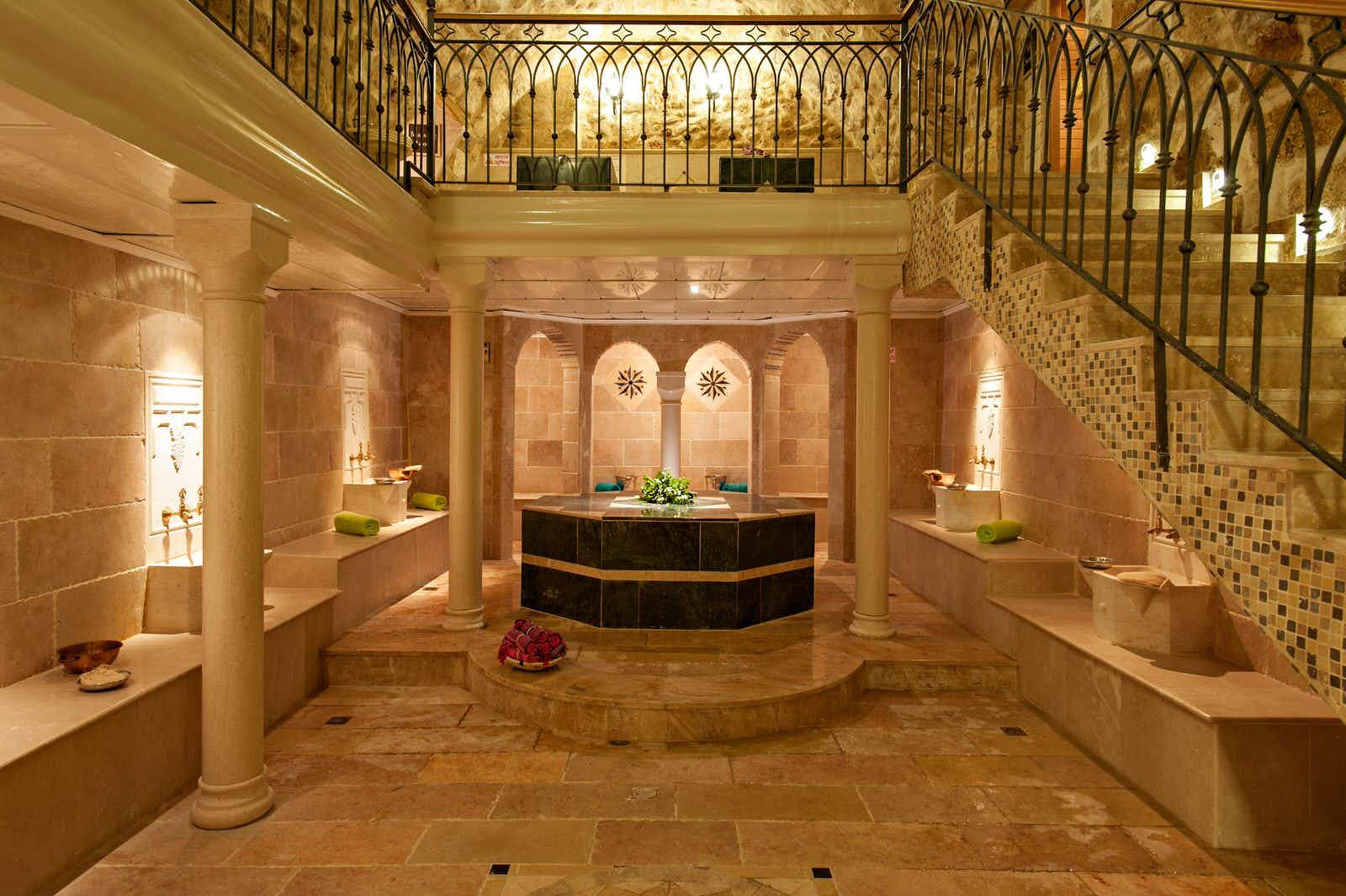 Uncovering layers of past and present in Akko, Israel