Tucked away in the hills of northern Taiwan, there is a small village that houses a furry surprise. Set alongside the Keelung River, the former coal mining village of Houtong has been taken over by hundreds of cats. In the 1990s, the village’s mining pits closed and the village thinned out, with just a few hundred people left behind. Then in 2008, local cat admirer Peggy Chien started posting photos of the village’s efforts to look after stray cats; her pictures attracted visitors, volunteer help and more kitties.

In little more than two years, Houtong, which is located 35km east of Taipei in Ruifang district, managed to reinvent itself as a complete cat village. Today, more than 200 cats live in Houtong and a tourist industry has emerged with shops, cafes and restaurants catering to the many visitors who descend on this feline frontier every weekend.

Arriving by train, you will notice that the village is split into two. The half next to the station building contains the old coal processing machinery, restaurants, a visitors’ information centre (8am-6pm, tel: 02 2497 4143) and a marvellous riverside walkway that leads to the former miners’ dormitory. A black covered “cat bridge” behind the station leads to the other side: the cat village itself. Though most of the cats hang out in the collection of cottages that cling to the hillside, they can be found roaming all over Houtong. There are also plenty of cafes and shops to make this a full day out.

Black, ginger, tortoise shell, calico, white and grey, fat and fatter, friendly and shy: there are cats of every wondrous kind in Houtong. They can be found lounging in flower pots, loafing on shelves, padding up steps, jumping off roofs and spread out, sleeping, over stalls of kitty-themed souvenirs.  The best places for feline-spotting tends to be away from the forest of selfie sticks in the centre of the village along the riverside path heading east from the station. They seem to love dozing under the wooden benches here and there’s always one or two snoozing on the ledges inside the cool of the cat bridge.

A small volunteer team with veterinary help looks after Houtong’s cats by administering vaccinations, spaying and neutering, and implanting microchips so as to attempt some kind of a cat census. While most of the cats are strays, and therefore wild, they are used to people. They get so well fed by the villagers and the public that most of them seem to be forever sleeping off dinner.

Houtong’s cats are remarkably good-natured, though they are usually being chased, petted and photographed by visitors. Cat food and biscuits are on sale in several of the village shops, but feeding isn’t encouraged and if you really want to, just two or three tiny biscuits per cat are suggested at most. Parts of the village have signs up asking people not to feed or tease the cats or use flash photography. Some of the cats don’t mind being petted; others will leg it at the sign of an outstretched hand. The kindest thing is to enjoy the cats from a distance and play with them only if they approach you.

Houtong's cats are friendly, but it's best to pet only if approached © Dinah Gardner / Lonely Planet

You could say the village has gone a bit crazy about cats. Anything that could be cat-related is cat-related. Shops play ‘music’ consisting of cats meowing to electronic beats; shopkeepers sport furry cat ears and almost all products on sale have a feline theme. Here’s our attempt at an incomplete list of kitty kitsch that can be procured in Houtong: cat notepads, ceramic cats, cat mobile phone covers, cat coasters, cat socks, cat temporary tattoos, cat ears, cat hand fans, cat mugs, cat purses, cat brooches, cat fridge magnets, and cat-shaped pineapple cakes! Perhaps the best buy are the cat postcards, which feature some arty shots of the village kitties themselves.

There’s a welcome number of eateries in Houtong. Clustered around the train station entrance is a row of no-nonsense noodle and dumpling places that get very packed. The Cat Village Cafe (behind the visitor information centre, tel: 0933 799541, 9am-5pm, to 6pm Sat & Sun) has a leafy riverside garden, very good coffee and snacks including toast and waffles. For something more substantial, head uphill in the cat village to Walk N’Taste Café (http://walkntaste.wix.com/walkandtaste). They offer decent coffee, refreshing iced teas in jam jars and wraps (including a glorious sun-dried tomato veggie option), toasted paninis, western fry-up breakfasts and giant wooden bowls filled with salad.

When the cat-adoring crowds get too much, Houtong has lots of other worthy attractions. Maps with suggested walks are available from the visitor information centre. Across the river are the remains of a haunted-looking Japanese shinto shrine (Houtong Jinja), which is in honour of an earth goddess.

The former mining facilities have been preserved well and turned into museums with excellent English explanations. They depict how the miners used to live, including black & white shots of them bathing (nude!) and displays of what they used to keep in their lockers when they were down in the pit – hand towels, soap, scrubbers, rubber shoes, matches and shampoo. There’s even a toy train ride that takes you into a mining tunnel. In the surrounding hills, there are lots of great hikes that pass through tunnels, across bridges and snake around railway tracks.

The easiest way to get here is by train from Taipei Station. Take the Yilan line (most often the terminus will be Su’ao) and simply get off in Houtong about an hour later.

Tickets cost NT$50 one-way. There’s usually one train about every half hour during the day. The last train back to Taipei is at 9pm, but everything shuts down by 6pm, so most visitors don’t stay into the evening. Come on a weekday when things are quieter if you’d like more time to chill out with the cats. 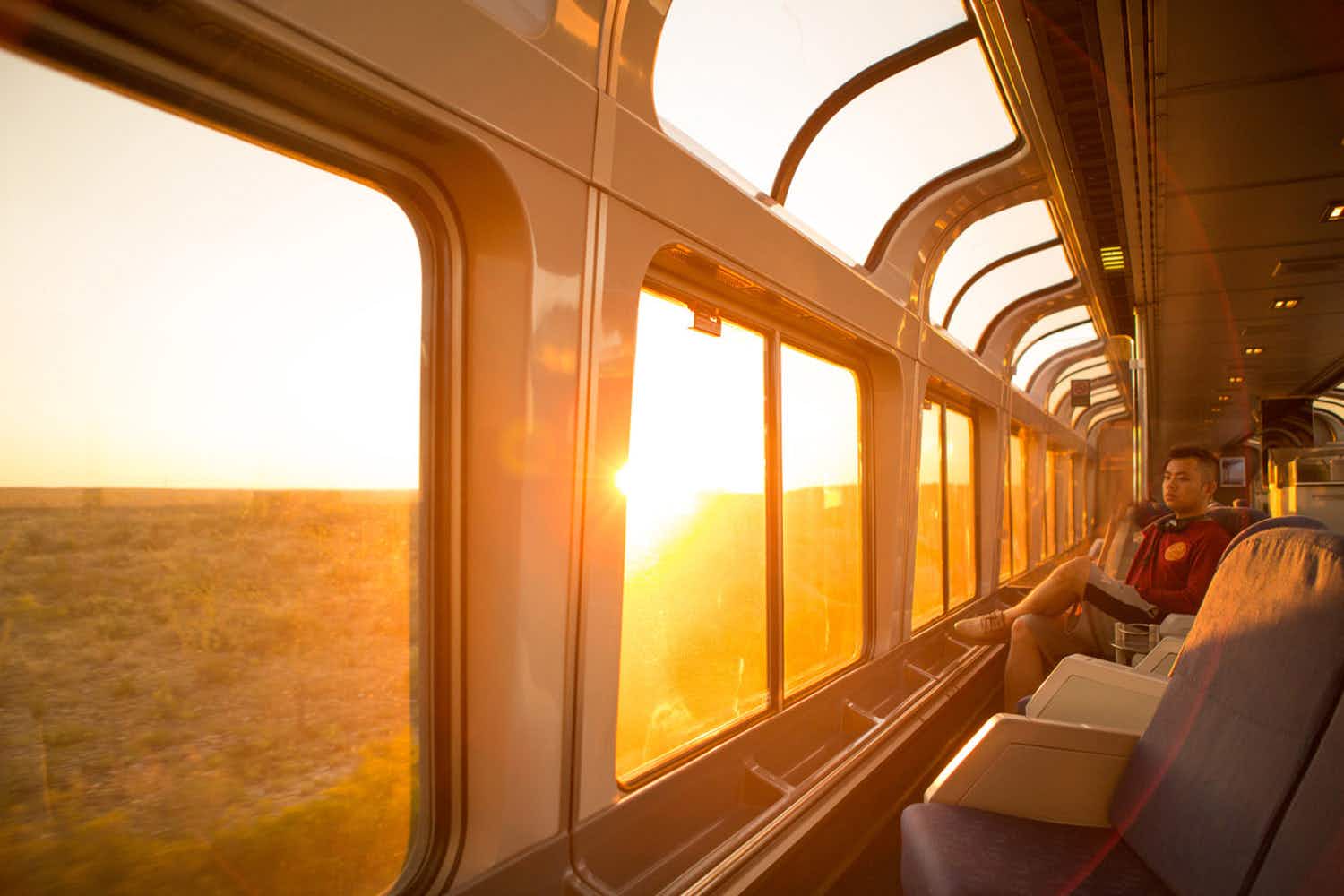 Journey into the sunset on America's oldest railway 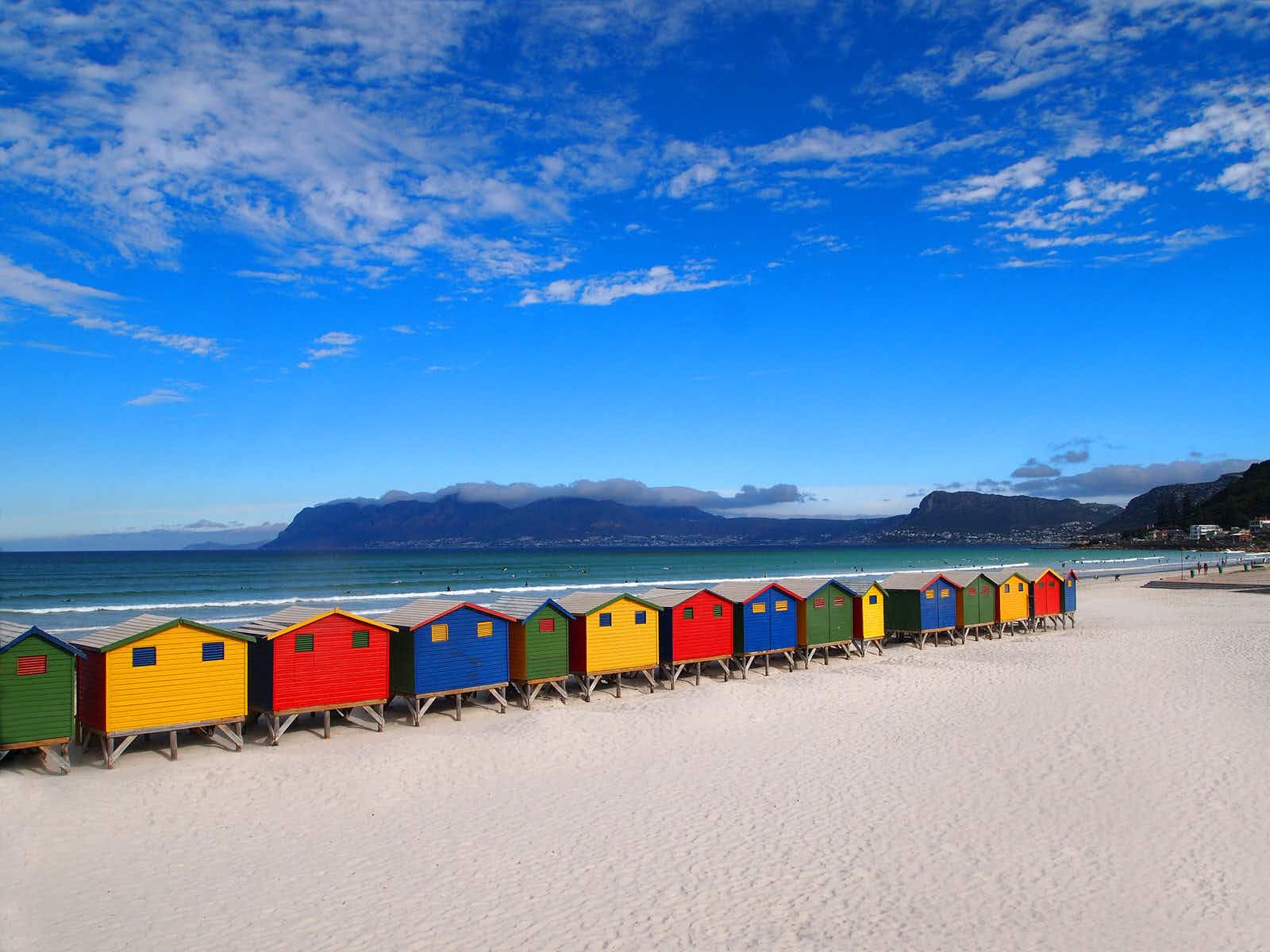