Sometime before dawn, a group of dedicated travellers huddle in the dark cold of a small mountain train station. Little puffs of breath rise on the frosty air, and with arms crossed into jackets, the group shuffles along as a rickety old diesel train chugs up to the platform and comes to a sudden, creaking halt.

The passengers board quickly – in a rush to warm up in closer quarters, but also in anticipation of the sun, which will soon be cresting over peaks at the train’s upper terminus. Deep in central Taiwan, this is Alishan and I, like all the others, am here to watch the sunrise over Jade Mountain.

The earliest people living around this part of Taiwan’s south-central mountain range were the indigenous Tsou people, who gave it the name Jarissang, which eventually became Alishan in Mandarin. In the late 19th century, the colonising Japanese found groves of highly-prized local cypress and Taiwania trees here. They constructed a narrow-gauge railway up the mountain to bring wood down, and over the years, tourists also began to come to Alishan, in particular to escape the subtropical summer temperatures of the new Japanese capital installed in Taipei (then Taihoku) in the early 20th century. By the 1970s, the logging industry had run its course, the Japanese had left Taiwan, and Alishan became a fully-fledged tourist destination.

There are 25 peaks above 2000m within Alishan National Scenic Area, though 3952m Jade Mountain (Yushan) sits next-door in its own neighbouring Yushan National Park. Climbing steeply as it does, Alishan vertically spans three climate zones, rising from the island’s tropical-subtropical coast to a mid-level oolong tea and wasabi-growing temperate zone and finally to its alpine crown, home to coniferous evergreens and jagged shale summits.

A ride up Alishan Forest Railway

The Alishan Forest Railway was built by the Japanese government for timber transportation in 1912. Though only 86km long, the line is a marvel of z-shaped switchbacks, tunnels (there are more than 50) and wooden bridges (a grand total of 77) that wind up to a 2451m apex at the upper terminus, Zhushan station. The first trains that ran along the line were Shay steam locomotives sent from the Kiso Forest Railway in Nagano prefecture.

By the 1980s, the logging industry was gone, but unfortunately so were many of the train passengers, as a highway was built in 1982 and buses arrived. Nevertheless, small but dedicated crowds of train enthusiasts still came to Alishan to ride the rails until, in 2009, typhoon damage caused its closure. It finally reopened in 2015, but remains the kind of slow, creaking experience a true railway enthusiast might be seeking on a narrow-gauge forest train.

Boarding is a chaotic experience. A snaking queue forms and tickets are checked in the freezing open-air station, before the hulking diesel locomotive pulls in, barely stopping as the doors are cast hastily open. The crowd pushes in in a hurry.

For a start, we are all cold and there is only one train. If you want to see the sun’s mountaintop arrival, you need to be on it. People pile in, jackets and hats are pulled off as windows steam up. More people cram in to standing room and soon we are squeezed and chugging through forest groves, for the 10-minute ride up.

At the top, sun-seekers pour out of carriages and up a flight of steps in the dark. Here, camera lenses are pointed over railings towards a lightening horizon; a line of small breakfast stands heaves with warming coffee, turnip cakes and crullers. I think of my rumbling stomach for a moment, but the brightening sky beckons me instead uphill along a darkened road. I’ve been promised there are better views if you hike south a little ways to a viewpoint called Xiaoliyuan.

The rays of day impending, I jog the last few steps to the top of the small mountain drive. An intimate crowd has gathered at the lookout area for its fine views down the long Chenyoulan River Valley. A sea of wispy clouds hover below in cotton puffs, and slopes rise east across to Jade Mountain – Taiwan’s highest peak. A crescent moon drops placidly through the painting and finally, the first rays shoot above the peaks, melting clouds and frigid hands, and the crowd erupts in gasps and applause. The world has once again turned and another day has dawned over Taiwan.

A hike down the Giant Tree Trail

Getting back down from the sunrise viewing platform is another adventure. Many visitors take the train all the way down, and tempting as that is, a better option if you want more views is to hike down via the Giant Tree Trail. Far from being a difficult mountain trek, this series of steps, connecting wooden platforms, and gentle pathways leads through a quiet forest of giant cypress trees. The oldest of these stately redwoods are upwards of 2000 years of age, and signs along the trails admonish less conscientious walkers not to scratch or damage their fine, large trunks.

To reach the trailhead, I take the train from uppermost Zhushan station and alight at a mid-level station – Chaoping – walking at first along the narrow tracks before descending into the sudden calm of the forest. The path leads past two ponds – the Sister Ponds; it’s still early enough that the first rays of the day have not warmed the spongy, pine-needled forest floor.

Taiwania trees and Formosan cypress, red pine, spruce and Douglas fir, Chinese hemlock and the endemic Alishan elm all populate the forest here. I’m warned not to get near the white fluted flowers on a Brugmansia plant – despite its delicate appearance, ‘angel’s trumpets’ are highly toxic, even to touch. Further down, a magnolia garden, then incense wafting out of censers in front of an ornately decorated Taoist shrine.

In the evening, I retire to the roof deck of my hotel, where the sun is dropping low in the west over peaks opposite those it rose from hours before. Mars, Saturn and Venus gleam in a bright arc overhead as the blue hour sets in. The world once again turns and another night falls over Taiwan.

Alishan National Scenic Area is located in south central Taiwan; the nearest high-speed rail station is in Chiayi about two hours away. Regular buses connect Alishan Forest Railway with the bullet train station. There are a number of small villages within the scenic area, but most visitors opt to stay around Alishan Village near the forest railway’s lower terminus station. Alishan House Hotel is one of the best sleeping options here, located amongst the hiking trails and with a nice rooftop deck area for sunset viewing and stargazing.

Megan travelled to Taiwan with support from EVA Air and the Taiwan Tourism Bureau. Lonely Planet contributors do not accept freebies in exchange for positive coverage. 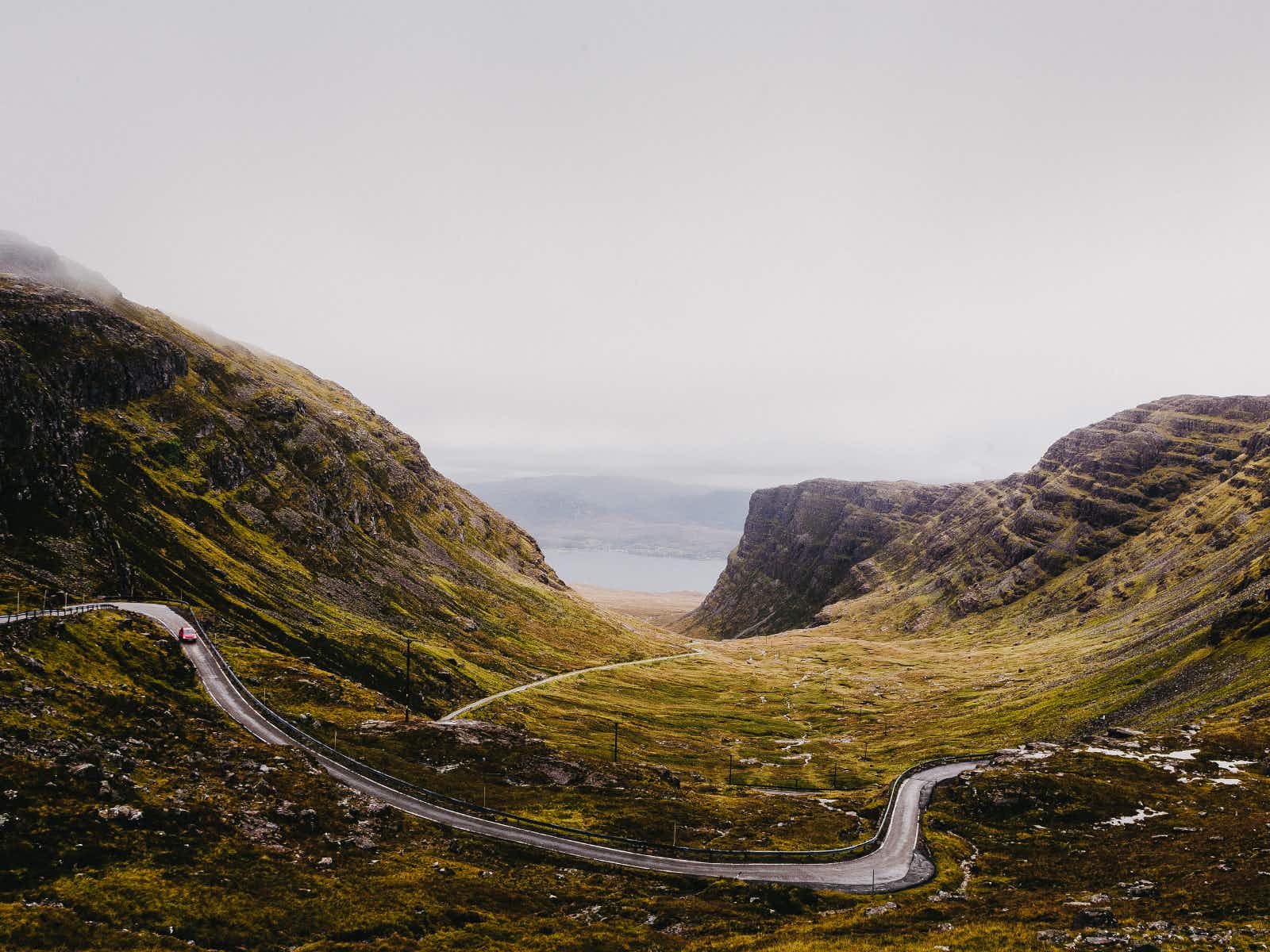 I would drive 500 miles: road-tripping the Scottish Highlands 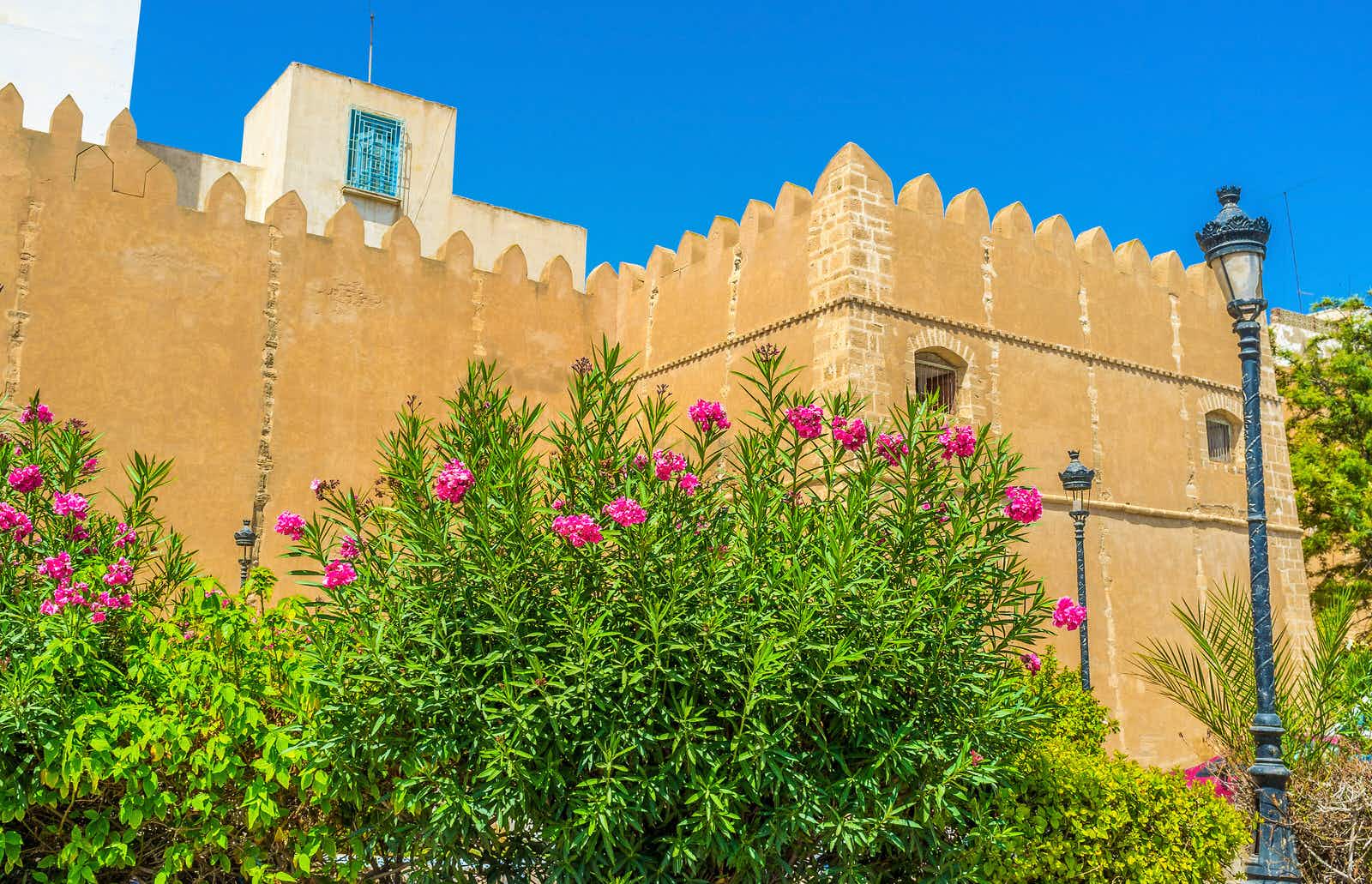 Top things to do in Sfax's historic medina