A labyrinth of humanity, a jungle-shrouded temple, a head-spinning architectural masterpiece, and the archipelago that prompted Darwin's theory of evolution...

That's just a sample of the cultural heavyweights and natural wonders pushing for a place in the top 20 of our list of the world’s ultimate travel destinations. Let your mind wander to distant lands and start planning an adventure with this stellar line-up of must-see sights.

A man walks through an alleyway lined with food stalls in Souq El Attarine. Image by Julian Love / Lonely Planet

Fès el-Bali, the medieval heart of Morocco’s third-largest city, is less medina, more architectural spaghetti. There are in the region of 9400 alleyways, comprising some 14,000 buildings, housing around 160,000 people, in this tangled, unmappable labyrinth that dates back more than 1000 years.

Mosques, medressas, restored riads, townhouse dars, silversmiths, copper-merchants, tourist tat touts, leather tanners, real guides, faux guides and every other type of soul seem squeezed in tight. You can’t begin to get to know the place – but that is part of the frenzied fun. Steel yourself with a sweet mint tea and just dive right in.

How did a group of sea stacks feature so high in our list? There aren’t even 12 of them; just seven or eight are visible from the roadside viewing platform.

The answer lies in where the 12 Apostles stand: on the Great Ocean Road, one of the world’s must-do drives, which hugs Victoria’s southwest coast. This limestone coast, pummelled by the Southern Ocean, is a scenic treat, especially for passengers. At about the four-hour mark from Melbourne, you’ll meet the Apostles; stop, take the photo, then turn around and explore the Great Otway National Park on your return trip. The Apostles are the cherry on what is a very tasty cake.

The famous facade of the Treasury, Petra. Image by Joe Windsor-Williams / Lonely Planet

If we’re honest, most people’s mental image of Petra is of Indiana Jones – riding through a narrow canyon, marvelling at the rose-red facade of the Treasury, stepping inside and discovering the Holy Grail. In fact, if you step inside the Treasury all you’ll find is a bare room rather lacking in holy grails. But in other respects the reality is as extraordinary as Hollywood fiction. Everyone can experience the drama of the Siq – the chasm from which the Treasury emerges – but unlike Indy, you can also explore the ruins beyond; the High Place of Sacrifice, the Monastery and countless tombs.

Mexico might have the most well-known Mayan sites, but it’s Guatemala that grabs a place in the top 20. Filled with palpable notes of jungle, earth and stone, the air of Tikal feels suitably timeless. Twelve hundred years ago, you’d be walking through a bustling Mayan metropolis. Today, you’re greeted by haunted jungle ambience: wind through vines, animal cries and the occasional cacophony of squawks emitted by the birds that now call the formerly great city home.

Tikal is Guatemala’s most significant Mayan ruin site, and although archaeologists say it once rivalled Rome in size, population and political clout, less than 10% of its buildings have been excavated.

Medieval coins of the Fishpool Hoard, one of the exhibits on display at the British Museum. Image by Matt Munro / Lonely Planet

When Sir Hans Sloane first put his personal collection of treasures and curiosities on display, he probably had no idea what he was creating. Fast forward 260 years and the British Museum has evolved into perhaps the great treasure house of Europe. Indeed, many of Europe’s – and indeed the world’s – greatest treasures have ended up in its hallowed halls, a periodic bone of contention for the nations where those treasures originated.

Visiting the British Museum is a pilgrimage for fans of antiquity. Among its collection are such iconic heirlooms as the Rosetta Stone (the key to the translation of Egyptian hieroglyphs) and the Elgin Marbles (which once graced the Parthenon), alongside an astonishing collection of mummies and sarcophagi that would put ancient Thebes to shame.

The Sagrada Familia has been under construction for more than a century. Image by Kapa1966 / Shutterstock

Barcelona is home to many Gaudí architectural marvels, but the Sagrada Familia is our pick of the bunch, cranes or no cranes. Surely the world’s most stunning building site, this iconic Modernista masterpiece is still a work in progress close to 100 years after Gaudí’s death, with architects now working from his original ideas.

The massive scale of the Gothic-style cathedral alone inspires long periods of standing in the surrounding streets with a craned neck as you gaze up admiringly at the 18 towers piercing the sky. But it’s the decorative details, particularly the Passion and Nativity facades, where hours can be whiled away just absorbing the work and its symbolism. Although the exterior is captivating, the interior is something else – this is one vision for which the adjective ’awe-inspiring’ is entirely warranted.

Second only to the Grand Canyon in the Ultimate list of national parks, Fiordland covers a mountainous corner of the South Island. Along with three neighbouring national parks, it forms the vast Te Wãhipounamu Southwest New Zealand World Heritage Area, gazetted by Unesco for its unique natural features.

The scale of this wilderness is mind-blowing enough, but its primeval atmosphere seals the deal. Fiordland is an almost untouched part of Gondwanaland, the supercontinent from which New Zealand was cast adrift 85 million years ago. It is a landscape of jagged peaks, glacial valleys, pristine lakes and sheer fjords. Ancient forests drip green and twitch with such birds as kiwi and takahe.

A view of the Aegean Sea from a clifftop village on Santorini. Image by Justin Foulkes / Lonely Planet

Lying in the embrace of the Aegean, none of the coquettish Cyclades islands lack pulling power, but one offers a bit more. Santorini is the group’s indie kid. Being the tip of a volcanic caldera has bequeathed it a unique look. Why settle for golden sands when you can have red and black beaches, backed by 300m multicoloured cliffs? Beyond the beaches, explore the Minoan site of Akrotiri and the hilltop village of Oia.

The Galapagos are a wonderland for wildlife watchers. Image by Jess Kraft / Shutterstock

Nowhere else on earth does the animal kingdom turn the tables on humanity quite like on the Galapagos Islands. Afloat in the Pacific Ocean, 1000km from mainland Ecuador, it’s a place where visitors can often feel more like the exhibit than the observer.

Blue-footed boobies stake nesting grounds in the middle of walking tracks, Galapagos sea lions lounge about on town seats, and frigate birds slipstream boats as they cruise between the archipelago’s 17 islands. Step around any animal here and it invariably looks back at you with naive curiosity, as if it knows that you’re strictly here on its terms.

Charles Darwin famously sailed through the archipelago in 1835, musing on the origin of species. Almost 200 years on, the animal life on the World Heritage–listed islands continues to astound and confound: birds with blue feet? Yellow lizards? Birds that take flight by falling off cliffs? Every animal here seems to come with a built-in party trick.

A sculpture of Buddha at the Museum of Old and New Art, Hobart. Image by JAZZDOG / Shutterstock

When mathematically-gifted millionaire gambler David Walsh resolved to give something back to the city where he grew up, nobody predicted quite what he would start. In 1995 he bought a peninsula of land just outside Hobart. On it he built first a winery, Moorilla, then a brewery. And ten years later he commissioned the Museum of Old and New Art from architect Nonda Katsalidis. His engineers delved down, excavating 60,000 tonnes of earth. Walsh filled the subsequent cavern with items that had caught his eye over years of collecting – and he possesses a very eclectic eye, placing Stone Age arrow heads and Roman coins next to the most avant-garde of artworks. Outside, ambitious installations are surrounded by what must be the world’s most naturally beautiful setting for any art gallery. It’s this package – amazing architecture, provocative art, great food and wine, that justifies MONA’s top 20 place here. 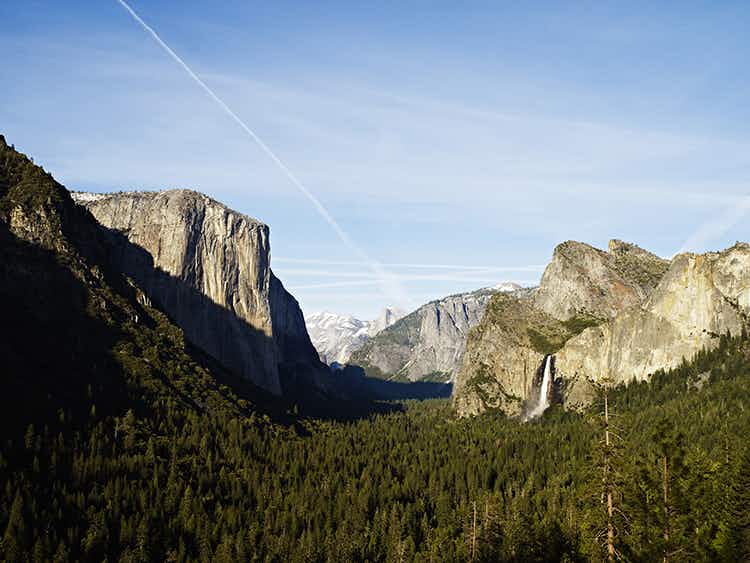 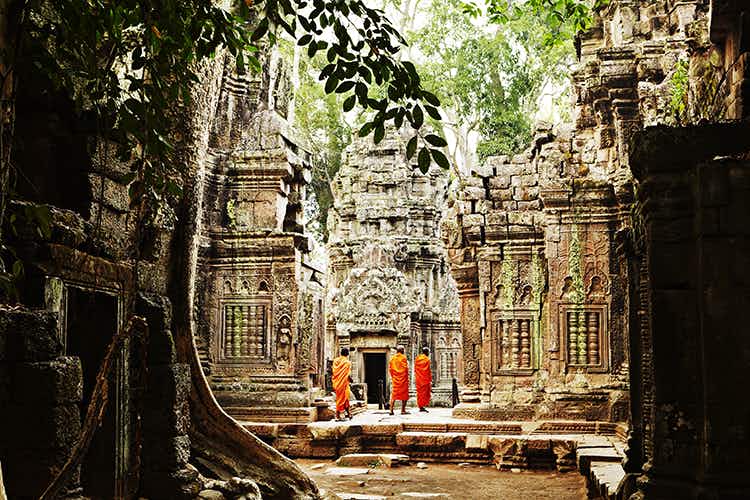