Gearing up for your once-in-a-lifetime visit to Brazil this summer? Got your greedy hands on 2014 World Cup tickets? Already booked somewhere to stay? Sorted international and domestic flights? Now to the question of what you'll you see and do when you're not screaming your head off in a stadium...

To help make the most of your precious time off the pitch, Lonely Planet asked a group of Brazilian football insiders in each of the World Cup host cities for their travel tips - players from Brazil's Serie A league, football journalists and World Cup staff jumped at the chance to tell us (OK, we had to do some begging) about the one thing they'd recommend visitors see or do during a visit.

Some picked the obvious, while others let us in on a few secrets (and someone picked Outback Steakhouse); but in the end, you won’t want for choice as you navigate the sun, samba and sand in Brazil come June. 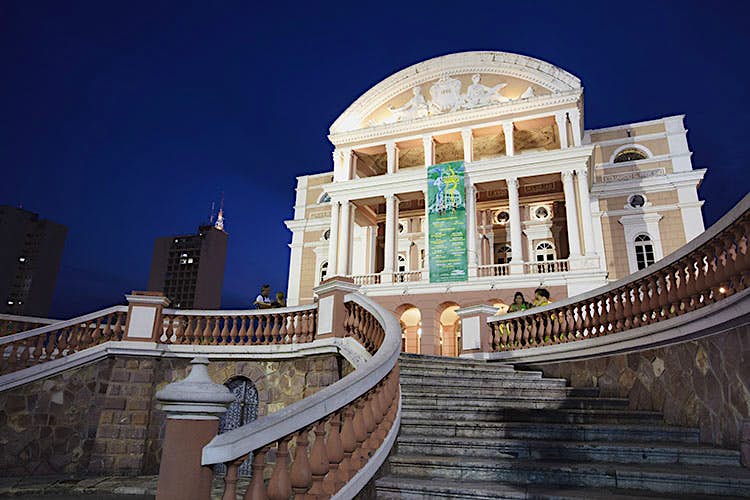 'Visitors to Manaus shouldn’t miss the Teatro Amazonas, located in Largo de São Sebastião in the historic downtown area. A symbol of our prosperity, it was built in the golden period of the rubber boom when Manaus was receiving the famous European opera companies. At this time, Manaus was one of the first cities in the country to have electricity, a trolley [tramway] and a university.'

'Cuiabá has many diverse cultural spots such as the São Gonçalo Beira Rio overlooking the Cuiabá River and several fresh fish restaurants. It’s very cosy and a good place to go with the family. Another cool place is Chapada dos Guimarães, a town [and national park] located 60km from Cuiabá. This high-altitude city has a pleasant climate, waterfalls, viewpoints and great pousadas. I would recommend it to anyone.'

'If you come to Fortaleza, visit Beach Park (beachpark.com.br) located on Porto das Dunas beach. A visit to the park is a must. The world’s tallest water slide, Insano, is 41m tall (14 stories), and something for only the ballsiest of visitors!'

'Tourists who come watch World Cup games in Natal cannot leave without doing a buggy ride through the dunes and beaches, enjoying the natural beauty of this city.' 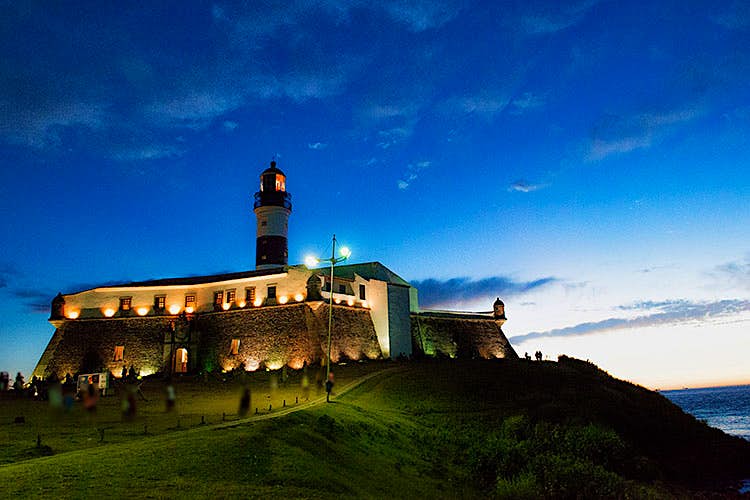 'Revitalized and now closed to traffic along the portion next to the sea, Barra is certainly a place not to miss on a visit to Salvador. In addition to the bars and restaurants where you can enjoy local delicacies like acarajé, fresh crab and mangrove clams, tourists can see the Farol da Barra (Barra Lighthouse, the oldest in South America), one of the main attractions of the historic first capital of Brazil; and the official stage of the trios elétricos during Carnaval. Not to mention that a dip in the sea here is a delight, whether by day or night, thanks to the beach’s lighting.'

'I recommend visitors take the catamaran tour (catamarantours.com.br) that leaves from Marco Zero (there is another one that departs the city at Igarassu and visits the beaches of Pernambuco coast). It shows the beauty of Recife Antigo and the guide tells us a little about the beautiful history of Recife. It's also worth it due to the fact you can navigate the Rio Capibaribe and its vast mangroves.'

'For me, a must is a visit to the TV Tower, where there is the most spectacular view of Brasilia and its unique urban project. You must also visit the small church of Nossa Senhora de Fátima and all at once see the fantastic work of Oscar Niemeyer, the Lúcio Costa-designed Unidade de Vizinhança, the panel work of Athos Bulcão and the brand new and controversial panel work by Francisco Galen (all located in the church).' 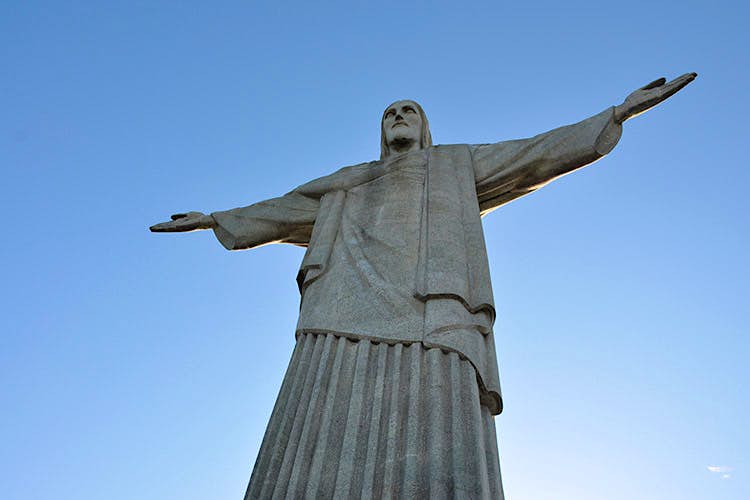 Christ the Redeemer looks out upon Rio de Janeiro. Image by Mike Vondran / CC BY 2.0.

'During the World Cup, I recommend visiting the Christ the Redeemer statue. There you will find an inner peace and see this beautiful city that has welcomed me so well. Another good place I would suggest is the Vista Chinesa (inside Parque Nacional da Tijuca). It’s an incredible landscape and it helped me to view a different angle of Rio de Janeiro.'

'The beaches of Rio de Janeiro are unmistakable. They’re unique. In the South Zone of the city, Copacabana, Ipanema and Leblon have their virtues but I like the privacy at Praia da Reserva in Barra da Tijuca, which lets me be in peace, and is a great place to relax.'

'I like the restaurants, mainly the south of the city. A pleasant place to eat a sandwich after the beach is the Cervantes in Copacabana. It has the Rio’s best and most carioca-style sandwiches.'

'I was born in São Paulo and have always lived here. Today, we are almost 12 million inhabitants. I believe I could never live in a small and quiet town. It’s hard to say what’s the coolest thing about Sampa; maybe it's crazy but I would recommend Vila Madalena for a visit, a neighborhood in which there is something special in the air. There you’ll find bars, restaurants and many artists and their studios; you will find different people from the rest of the city and streets with very interesting names like the corner of Harmony and Glitter! As Vicente Barreto and Celso Viáfora’s song 'Linda de Lua' says, São Paulo "is not the sun, is not the sea, São Paulo is ideas".' 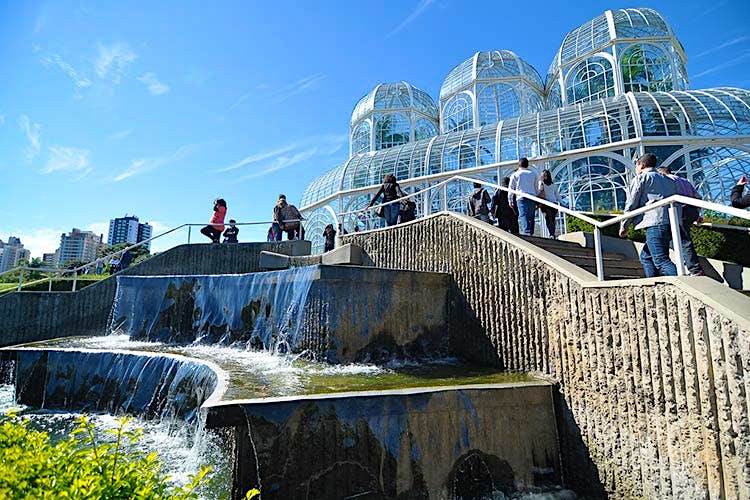 Curitiba's Jardim Botanico is a relaxing spot for visitors. Image by Leonardo Shinagawa. CC BY 2.0.

'I recommend two places in Curitiba. Tourists must spend an afternoon at the Botanical Gardens. Here you can relax with friends and family and it’s a great place where you can be close to nature and relax in tranquility in the middle of the city. It’s a tip no tourist can afford to ignore. But for folks with a little more time can also enjoy the train ride along the Estrada da Graciosa near Curitiba. The Estrada da Graciosa begins just where Coritiba’s training facilities are located and leads to the Paraná coast. It was the first route between the capital and the coast and is an amazing landscape rich in flora along the way.'

'Around 60km from Belo Horizonte you’ll find Inhotim, considered Latin America’s most important open-air museum. In a vast space dedicated to the exhibition of contemporary art, with an impressive collection, visitors can spend hours without realizing the time. It’s an experience impossible to repeat in other corners of the country.'

'Whoever comes to Porto Alegre must visit Arena do Grêmio (arenapoa.com.br). Apart from being a recently added attraction in the city, it's a new stadium. I've played in many places around the world and can say that this one stands out. With the cheering of Grêmio fans, it's even more beautiful. I can also recommend Outback Steakhouse, which is a restaurant that I frequent regularly. It's a nice place with excellent service and great food, and I enjoy going in the early evening.'

São Paulo-based Kevin Raub is the co-author of Lonely Planet's Brazil travel guide and he loves anywhere that ends in -land. Follow him @RaubontheRoad. 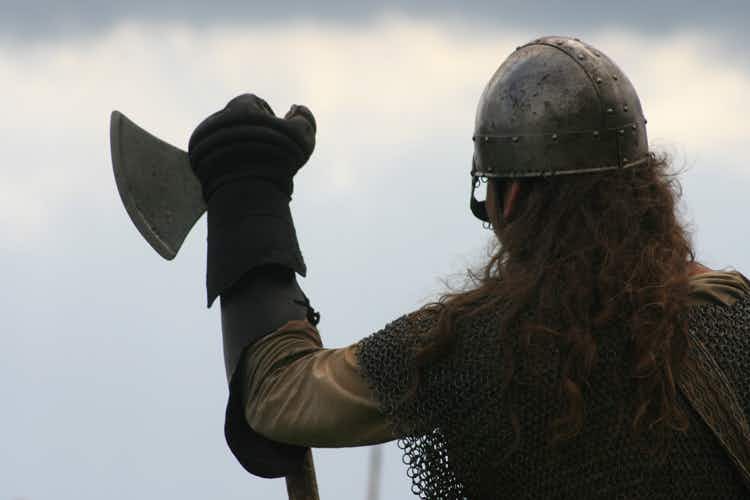 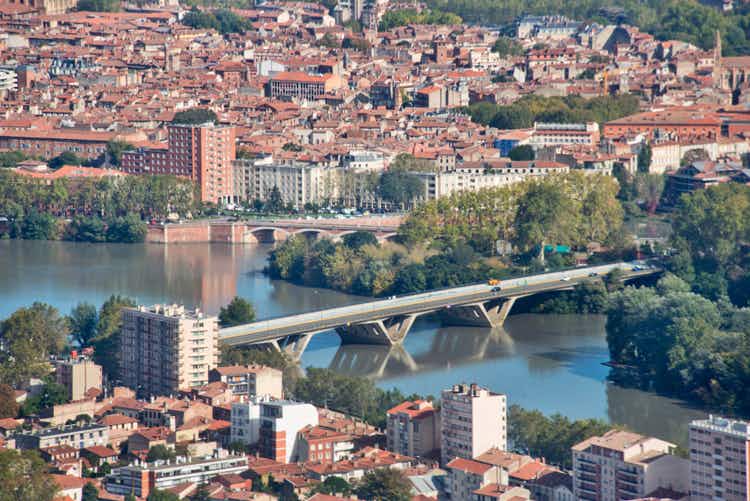