The top 14 free things to do in Budapest

Known as the Pearl of the Danube, Budapest is a city where you can tour grand monuments in the morning, slip into a thermal bath in the afternoon and party in a world-famous ruin bar after sunset – and plenty of your best experiences won't cost a single forint.

Visiting Hungary's capital city on a budget? Here are 14 fantastic free things to do.

The Citadella, the mighty fortress atop Gellért Hill, marks one of the best viewpoints in Budapest, and undertaking the 30-minute hike to the top via a meandering forested path is a great way to spend a morning. Once at the top, enjoy the amazing panorama of the city in the shadow of the Liberty Monument, proclaiming freedom throughout the city.

Although the fortress itself is currently under renovation and closed temporarily, other stunning lookouts are open, such as the steps leading up to the Citadella from the southern side of the hill and the northern lookout by the parking lot overlooking Buda Castle.

Housed in a former 19th-century palace, the Ervin Szabó Central Library invites visitors to take a break from the dizzying pace of the Hungarian capital and unwind in regal surroundings. Spaces that once functioned as grand dining rooms and living quarters have been converted into a number of truly dazzling public reading rooms. Giant chandeliers dangle above plush armchairs, enticing visitors to spend an afternoon flicking through one of the 2 million–plus texts that line the library’s shelves.

You need to register for a library card to see the building's most beautiful parts, but it only costs 300 HUF (less than US$1) and lasts a year. Bring a form of ID and head to the information desk to get registered.

4. Stroll along the shady paths of City Park

Pest’s green lung, City Park, is an open space east of the city, measuring almost 1 sq km. Stroll along the park’s shady paths past monuments like the hooded Anonymous, the unknown chronicler of the 12th-century court who wrote a history of the early Magyars. The unofficial entrance to the park is Heroes’ Square, with its landmark Millenary Monument marking the 1000th anniversary of the Magyar conquest of the Carpathian Basin.

5. Take a break on Margaret Island

Margaret Island, a green oasis in the middle of the Danube, boasts a couple of large swimming complexes, a thermal spa, gardens and shaded walkways, and is a delightful place to head on a hot afternoon. Even better, its key sights – the ruins of a Franciscan church and monastery, the grave of St Margaret (a miracle-performing princess-turned-nun whom the island is named after) and the remains of the Dominican convent where she took the veil – are all open to the public free of charge.

The northernmost place of pilgrimage for Muslims (especially from Turkey), the ornate Gül Baba’s Tomb, is free to visitors of all faiths. The tomb contains the mortal remains of Gül Baba, an Ottoman dervish who took part in the capture of Buda in 1541. Make sure you remove your shoes before entering. A small museum inside charts the history of Gül Baba and Ottoman history in Hungary, and there's also a cafe.

7. Catch a concert in a great setting

Budapest boasts a great live music scene. Jazz is on offer in the cozy Jedermann Cafe and authentic folk music at Giero Pub, while a mixture of genres is showcased in an unbeatable courtyard setting at Ellátó, and super-cool ruin bar Mazel Tov has a soundtrack to match.

The Romans established the province of Pannonia on the site of present-day Budapest at the beginning of the 1st century. Reminders of their presence are scattered throughout the city, including the remains of the fortress Contra Aquincum in Március 15 tér in Pest, and both the Roman Military Amphitheater and the smaller Roman Civilian Amphitheater in Óbuda.

Aquincum is the most complete Roman civilian town in Hungary and contains both a world-class museum and an open-air archeological park. There’s an entrance fee, but if you just want a glimpse of the settlement, most of it is visible from the street outside.

9. Hit Szimpla Farmers' Market to experience a ruin bar without buying a drink

Visiting Szimpla Farmers’ Market is an excellent way to visit a ruin pub without spending big at the bar. The market is held every Sunday morning in Szimpla Kert, the city's oldest and most popular ruin pub. Peruse the local produce on the shelves, from cakes to seasonal fruits, while ogling the eclectic, graffiti-spattered interiors – you’re likely to remember more of it than the evening revelers!

You can’t say you’ve visited Budapest until you make your way up Castle Hill. The Sikló funicular and elevator from Dózsa György tér both charge a fee; instead, walk up the Royal Steps (Király lépcső) or the wide staircase that goes to the southern end of the Royal Palace from Szarvas tér. You'll need a ticket for the museums housed inside the Royal Palace, but it's free to stroll around the grounds and gardens, enjoying wonderful monuments and incredible views.

11. Pay your respects at an over-the-top cemetery

The over-the-top necropolis of Rijeka Road Cemetery (formerly known as Kerepesi Road Cemetery) was established in 1847 and has 3000 gravestones and mausoleums. Some tombs are quite moving, including those of actor Lujza Blaha and poet Endre Ady. You’ll also find the graves of many who died in the 1956 Hungarian Uprising and – uncomfortably close by – the final resting place of communist leader János Kádár, the man who ordered the execution of many participants in the uprising.

The Basilica of St Stephen is the most important Catholic church in all of Hungary. You have to pay to visit the treasury of ecclesiastical objects on the second floor and to reach the 96m (315ft) dome, but the church itself is free to enter. Your destination should be the Holy Right Chapel behind the main altar. It contains the Holy Right (also known as the Holy Dexter), the mummified right hand of St Stephen and an object of great devotion.

If you want to get to know Budapest's best spots and get a dose of history, sign up for one of the many free walking tours around town. The Original Free Budapest Tour goes from outside St Stephen’s Basilica daily at 11am and lasts 3.5 hours, taking you around many of the city’s most popular sites. You can also find more niche and free walking tours of Budapest on GuruWalk, covering topics from street art to Communist history. Although these tours are advertised as free, you should tip your guide, especially if you enjoyed the tour.

14. Play outside in the Buda Hills

The Buda Hills are the city’s playground and a welcome respite from hot, dusty Pest in the warmer months. The Béla Bartók Memorial House is the only real sight here, but with "peaks" exceeding 500m (1640ft), a comprehensive system of trails that are ideal for walking and mountain biking and no lack of unusual modes of transport (a narrow-gauge railway staffed by schoolchildren, for one) to get there, the Buda Hills beckon.

This article was first published June 2019 and updated January 2023 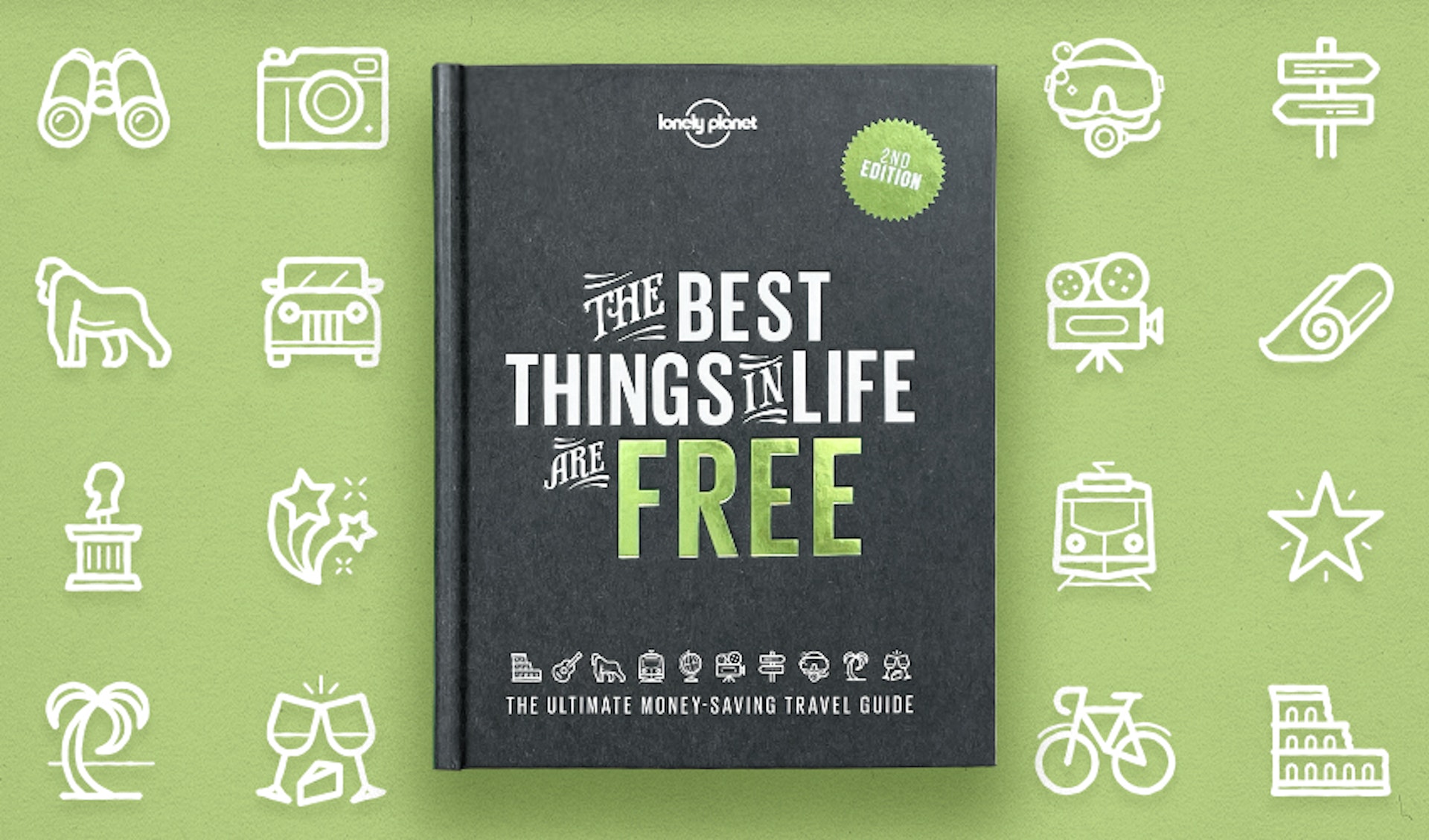 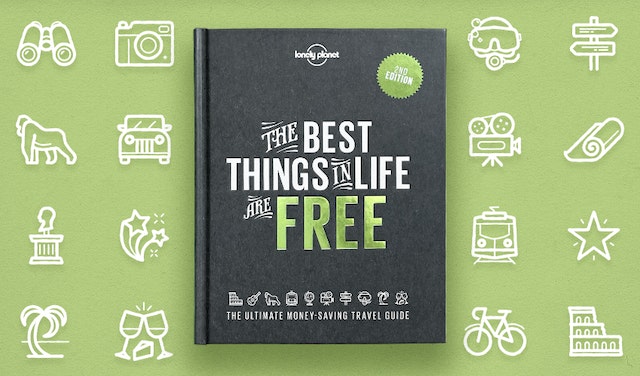