Hiking Japan is one of the hiking world’s best-kept secrets. You can go hut-to-hut in the Japan Alps, traverse the 'Big Snow Mountain’ of Hokkaidō, climb volcanoes in Kyūshū, or saunter the hills around Kyoto. Wherever you go, you probably won’t be alone: the Japanese are very keen hikers. 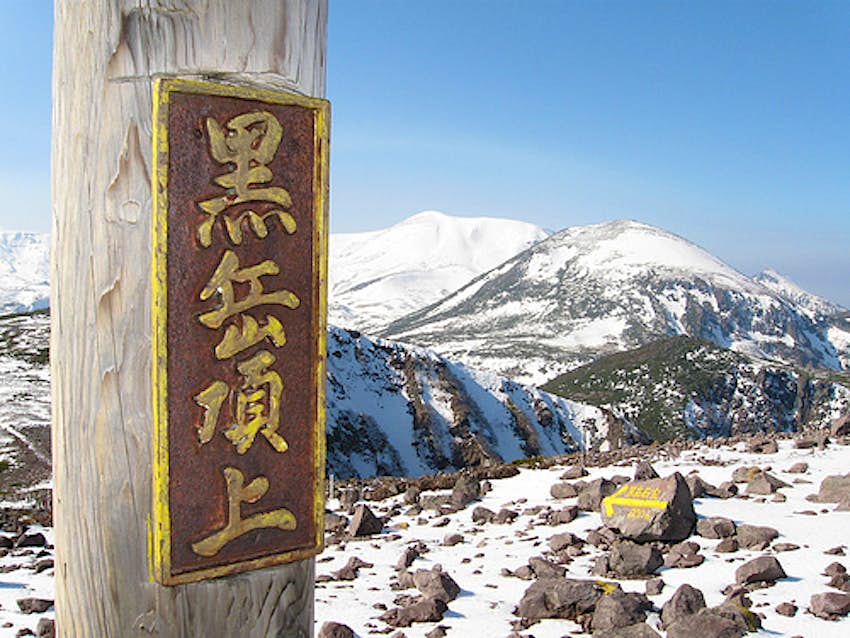 The name means ‘Big Snow Mountain’ and for much of the year, this mountain massif in Hokkaidō lives up to its name. When the snow melts, the hiking is brilliant. Known as ‘Nutakukamushupe’ in Ainu, Daisetsuzan or ‘Big Snow Mountain’ is Japan’s largest national park, covering more than 2300 sq km. A vast wilderness area of soaring mountains, active volcanoes, remote onsen, clear lakes and dense forests, Daisetsuzan is the kind of place that stressed-out workers in Tokyo and Osaka dream about on their daily commute. Virtually untouched by human hands, the park has minimal tourism, with most visitors basing themselves in the hot-spring villages on the periphery. From the comfort of your onsen hotel, you can make small forays into the park’s interior, summiting peaks and hiking through valleys on challenging day routes. 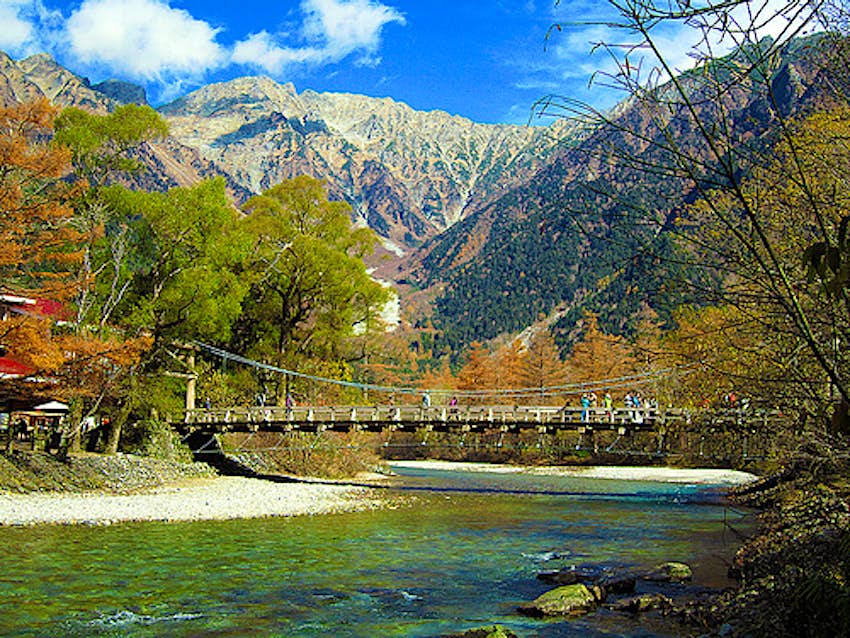 An alpine sanctuary in the heart of the Japan Alps, Kamikōchi has some of Japan’s most beautiful scenery. The region’s biggest drawcard, Kamikōchi offers some of Japan’s most spectacular scenery along the rushing Azusa-gawa, and a variety of hiking trails from which to see it. In the late 19th century, foreigners ‘discovered’ this mountainous region and coined the term ‘Japan Alps’. A British missionary, Reverend Walter Weston, toiled from peak to peak and sparked Japanese interest in mountaineering as a sport. He is now honoured with a festival (on the first Sunday in June, the official opening of the hiking season), and Kamikōchi has become a base for strollers, hikers and climbers. It’s a pleasure to meander along Kamikōchi’s riverside paths lined with sasa (bamboo grass). 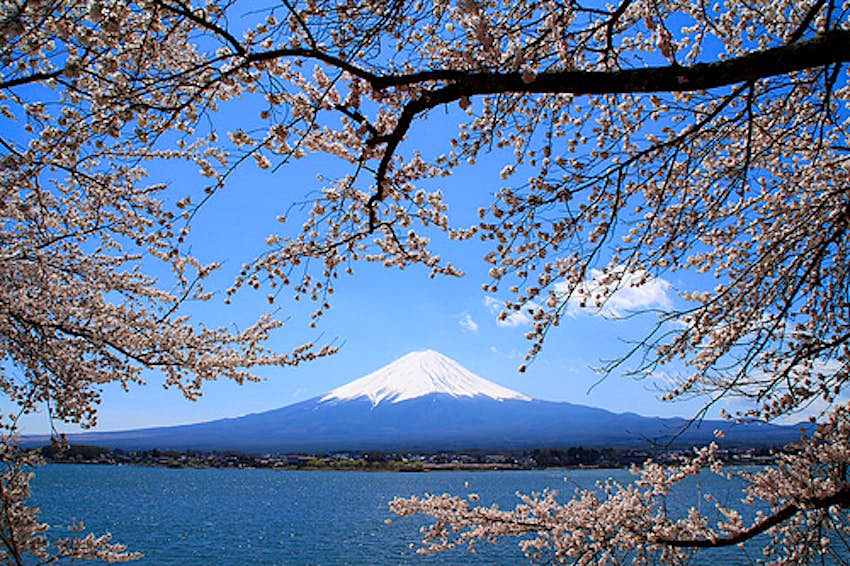 What serious climber would come to Japan and not bag Japan’s highest peak? If you’re here in July or August, an ascent of Mt Fuji is a must. At 3776m Mt Fuji is Japan’s highest and most famous peak, and is obviously this region’s natural draw. In addition to climbing Fuji-san, visitors can hunt for precious views of the sacred volcano from around the Fuji Go-ko (Fuji Five Lakes). Winter and spring months are your best bets for Fuji-spotting; however, even during these times the snowcapped peak may be visible only in the morning before it retreats behind its cloud curtain. Its elusiveness, of course, is part of the appeal. 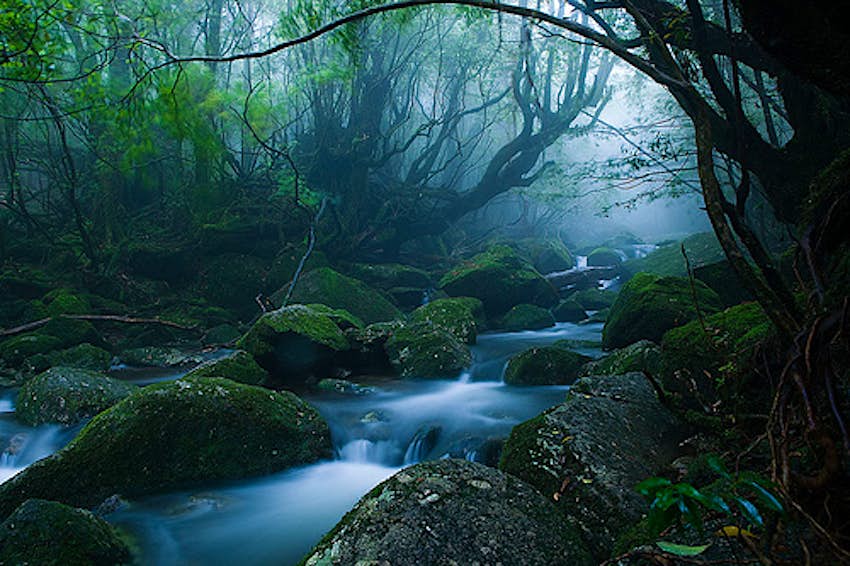 This island south of Kyūshū is home to the ancient Jōmon Sugi tree and some wonderfully mountainous hiking. Designated a Unesco World Heritage Site in 1993, Yakushima is one of the most rewarding islands in the Southwest Islands. The craggy mountain peaks of the island’s interior are home to the world-famous yaku-sugi (屋久 杉; Cryptomeria japonica), ancient cedar trees that are said to have been the inspiration for some of the scenes in Miyazaki Hayao’s animation classic Princess Mononoke.

Hiking among the high peaks and mossy forests is the main activity on Yakushima, but the island is also home to some excellent coastal onsen and a few sandy beaches. Keep in mind that Yakushima is a place of extremes: the mountains wring every last drop of moisture from the passing clouds and the interior of the island is one of the wettest places in Japan. In the winter the peaks may be covered in snow, while the coast is still relatively balmy. Whatever you do, come prepared and don’t set off on a hike without a good map and the proper gear. An International Driving Permit will also vastly increase your enjoyment here, as buses are few and far between. 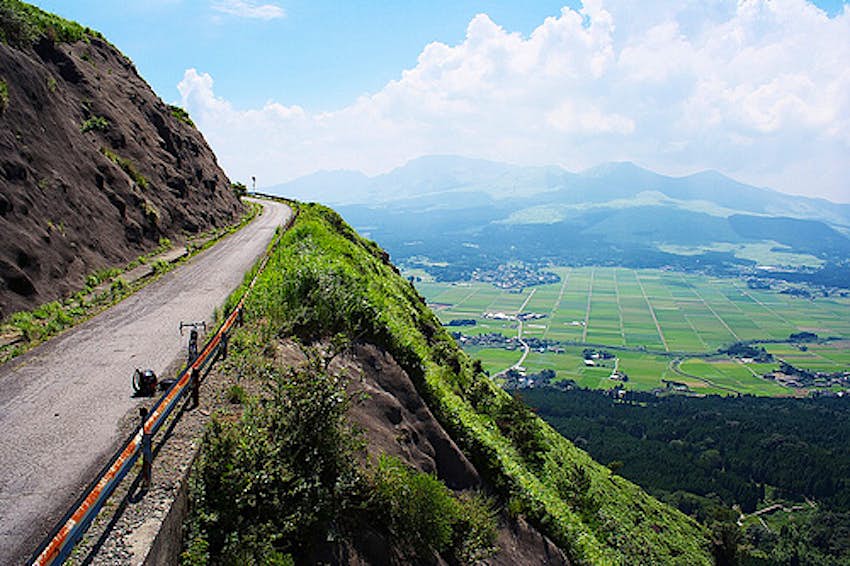 This semi-active volcano in Kyūshū offers some excellent hiking and incredible views. The ever-present threat of eruption adds a certain thrill to the hiking. Halfway between Kumamoto and Beppu lies the very beautiful Aso-san volcano caldera. It’s the world’s largest (128km in circumference), so big that it’s hard at first to get a sense of its scale. Formed through a series of eruptions over the past 300,000 years, the current outer crater is about 90,000 years old and now accommodates towns, villages and trainlines. Aso-san is still active, and the summit is frequently off -limits due to toxic gas emissions or wind conditions. You can check with the Tourist Information Centre or here for updates in English.

Best explored by car, the area offers some fabulous drives, diverse scenery and peaceful retreats. Routes 57, 265 and 325 make a circuit of the outer caldera, and the JR Hōhi line runs across the northern section. If you’re driving, Daikanbō Lookout (大観 峰) is one of the best places to take it all in, but it’s often crowded with tour buses. Shiroyama Tembōdai on the Yamanami Hwy is a nice alternative. Aso is the main town, but Takamori, to the south, is more intimate and charming.

How to make Japanese katsu curry

3 min read • Published about 3 hours ago

Estes Park: your base for winter adventures in the Rocky Mountains

Why winter is the perfect time to spot Yellowstone’s wildlife