Rivers are roads in Amazonia, and riverboat trips are a uniquely Amazonian experience: the slow pace, sleeping in hammocks, watching the river and forest and local life glide by. But they can also be tedious, with day after day of the same food, same scenery, same ear-splitting music and drunken banter on the top deck.

For most people two or three days is enough to get the experience, but not tire of it. Instead of taking one of the marathon five- or six-day trips (such as Belém to Manaus, or Manaus to Tabatinga), consider stopping off halfway, doing some fun stuff, and then either continuing or even flying the rest. In many cases, boat and plane tickets cost the same. 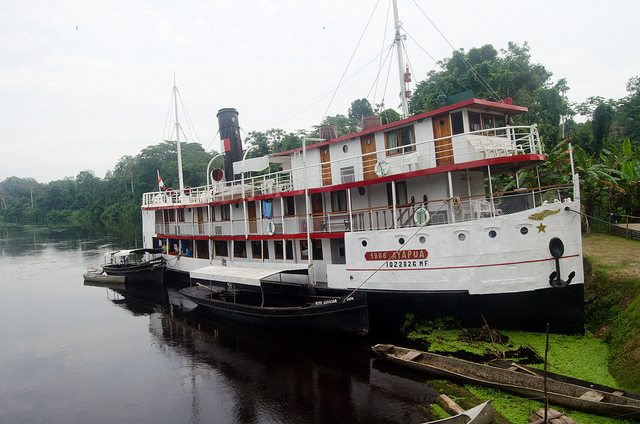 Looking for inspiration on where to start? Check out Lonely Planet's top 5 Amazon picks and our readers' advice on Amazon itineraries. Once you've got a plan, here are our tips for getting the most from your trip:

1. Unless you're considering partying non-stop for three or so days, you’ll need a hammock (R$15 to R$40) and some rope to hang it. A sheet or sleep sack is nice if the temperature dips.

2. Your gear probably won’t get wet, but play it safe by keeping it in a large plastic bag, tied at the top. This also helps keep prying fingers out of any side-pockets.

3. Get to the boat six to eight hours early to secure a good hammock spot. By departure time, the hammock areas will be jammed – you may end up with fellow passengers swinging above or beneath you!

4. Most boats have three decks. The top deck is for hanging out, while the middle and lower ones are for hammocks. The middle deck is definitely better, since the engine is on the first. Try to get a spot away from the toilets (in case they smell) and the buffet area (crowded and noisy during mealtimes). A porter may offer to help you pick a spot and tie up your hammock, a service that’s well worth the R$2 to R$3 tip that’s expected. A few boats have aircon or women-only hammock areas – ask when you buy your ticket.

5. Theft isn’t rampant, but you should take common-sense precautions, like locking your zippers and knotting all drawstrings. Don’t leave valuables unattended and be especially alert when the boat stops in port. Be friendly with the passengers around you, as they can keep an eye on your gear. The captain may stow your bag in a secure area on request, though it may be hard to access midtrip.

6. Most boats have a few camarotes (cabins with two to four bunks and a fan) and suites, with aircon and bathrooms. The advantage is you sleep in a bed instead of a hammock, can lock up your gear, and usually get better food. The disadvantage is you miss out on the comradeship (and bragging rights) that come from sleeping in a hammock alongside everyone else. If you book a cabin or suite, avoid those on the top deck, where there’s blasting music.

7. Buffet-style meals may or may not be included in the fare. Either way, consider skipping them – you really don’t want the runs during a boat trip. Instead, order made-to-order burgers and sandwiches at the kitchen on the upper deck, and pack food that travels well, such as apples, nuts or energy bars.

8. Don't forget to bring the basics, which may not be supplied (eg a couple litres of water and extra toilet paper).

9. Final tip, a general reality check for the Amazon...many travellers leave the Amazon underwhelmed, having come expecting a Discovery Channel-like encounter with jaguars, anacondas, and spear-toting tribes. That simply doesn’t happen – surprise, surprise – much less on the schedule or budget of most travellers.

The Amazon’s quintessential experiences are more sublime than they are superlative: canoeing through a flooded forest, dozing in a hammock on a boat chugging upriver, waking up in the jungle to the call of a thousand birds or the otherworldly cry of howler monkeys. It’s only in the halogen glare of unreasonable expectations (or too short a visit) that a trip to the Amazon will feel disappointing. 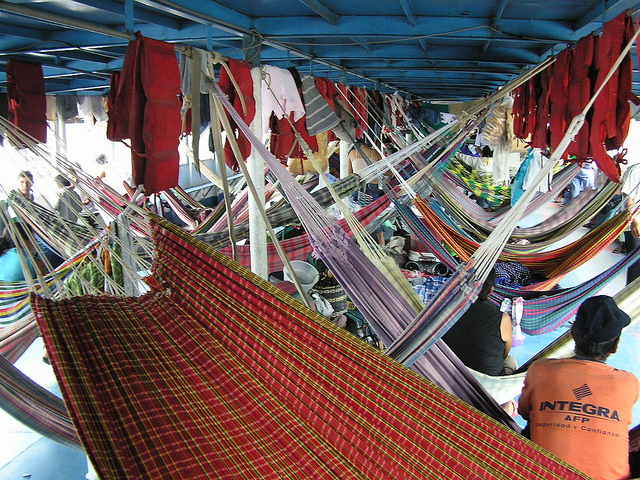 The river itself is massive and unrelenting, as much a living thing as the plants and animals that depend on it. Wildlife is hard to see, but that much more special when you do; the rainforest is everywhere and awesome.

Indigenous tribes are extremely reclusive, but the Caboclo (mixed indigenous and European) communities that populate the riverbanks are vital and compelling.

This is an excerpt from Lonely Planet's guide to Brazil.