Fashionable Notting Hill is one of London's most iconic neighbourhoods. Best known as home of the world’s second biggest carnival (after Rio’s Mardi Gras) and home to the famous Portobello Road Market, this is also a serious destination for culture buffs and those on the hunt for a quintessential London experience.

It has taken many guises over the decades, from brickmaking in the 1800s through prosperity in the Victorian era, slum housing in the mid-twentieth century and migration from the Caribbean, but it’s now a largely gentrified area of townhouses and private gardens which manages to retain some of the dynamism of its working-class roots.

Every year, the Notting Hill Carnival attracts over a million revellers in a celebration of West Indian culture. Local streets are jam-packed with costumed party-goers, steel pan bands, sound systems blasting reggae, soca and calypso, and food stalls serving jerk chicken, rice and peas and curries. From its humble beginnings in the 1950s, the carnival has grown into one of the world’s top outdoor street festivals and is by far the largest event of its kind in Europe..

It always takes place on the bank holiday weekend at the end of August, with the first floats setting off on the Sunday, which is Children’s Day. This is less raucous than the main Monday event and is the best day for families to attend.

The big party happens on the Monday, with the Grand Finale of floats, bands and dancers parading around the streets of Notting Hill, Ladbroke Grove and Westbourne Park. There is no entry fee to the carnival itself, though you’ll need money for food and drink throughout the day. It’s worth making sure you have enough before arriving, as the cash points tend to quickly run out.

Unless you plan to get there very early, avoid the tube and bus stations within the carnival area, as they get very busy. The nearest tube stops that operate as normal are High Street Kensington, Queen’s Park, Paddington and Bayswater.

On weekends throughout the year, crowds stroll the two-mile stretch of Portobello Road Market. Colourful terraces are interspersed with antiques shops, buskers, historic pubs and clothing stalls.  Straddling the antiques and fashion markets (which are busiest on Saturdays) are the old-fashioned and charming produce markets, the calls of fruit and veg sellers helping give the place a Dickensian air.

There’s street food of all kinds, from paella and bratwurst to crepes and churros. The markets have a grungier feel past the Westway sports centre, but it is worth persevering for the people-watching and to admire the 100m-long Portobello Wall, which features public artworks commissioned by the local council.

For an indoor activity, Ginstitute, on the corner of Portobello Rd and Talbot Rd, provides a gin-themed experience, where you’ll learn about the spirit's history and make some of your own.

Shop for music, books and fashion

Even more interesting shops can be found just off Portobello Rd. A visit to alternative music pioneer Rough Trade on Talbot Rd, its walls covered with original posters and album sleeves, is a treat for any music buff. Books for Cooks on Blenheim Crescent is a treasure trove of food-related books with a cafe out the back for cooking demonstrations, light lunches and tea. Across the road, the tiny Spice Shop stocks more than 2500 herbs, spices and condiments in bright, collectible yellow tins.

Fashionistas should head to Westbourne Grove and Ledbury Rd, which are sprinkled with higher-end boutiques and children’s shops, as well as a smorgasbord of French chains including Sandro and Maje. Also worth a look is Paul Smith’s three-storey flagship store, crammed with artwork and curios from the much-lauded British designer’s personal collection.

With the exception of the two-Michelin-starred Ledbury (a major food destination for its inventive modern European food), neighbourhood restaurants and independent cafes dominate in Notting Hill.

Italian favourites serving wood-fired pizza and pasta can be found at the bottom of Kensington Park Rd, while a number of pubs serve gourmet classics (try the Walmer Castle) or Sunday roasts (try the Sun in Splendour). A coveted reservation or queueing stamina is a prerequisite for favourite local hangouts such as Granger & Co and 202 London, or E&O for pan-Asian fusion and delicious cocktails.

At weekends the best place to find street food is Acklam Village Market on Portobello Rd: it has a buzzing atmosphere, helped by regular live entertainment. When it comes to the weekly shop, locals head to Notting Hill Farmer’s Market (9am-1pm Sat) in an unassuming car park near the tube station, which sells organic produce, dairy, baked goods and seafood. Also popular is Provenance on Kensington Park Rd, which as well as selling top-quality, ethically sourced meat, holds regular classes to teach people the fine art of carving.

Notting Hill and the silver screen

Notting Hill’s credentials as a filming location are well known, and fans of the Hugh Grant and Julia Roberts movie of the same name can check out various memorable locations. Grant’s shop was inspired by The Notting Hill Bookshop at 13-15 Blenheim Crescent (it’s changed hands but pleasingly still has a travel section). The pair take a tipsy stroll through Rosmead Gardens on Rosmead Rd (you’ll have to peek through the fence – as in the film, the gardens are private), while 280 Westbourne Park Rd is home to the famous blue door shown in the film – it was painted black by a previous owner, but is now blue again. Notting Hill’s hip status in the late 1960s, meanwhile, is reflected by roles in cult movies The Italian Job and Performance.

The Electric: here be films. And doughnuts © Will Jones / Lonely Planet

There are also a couple of great cinemas in the area. The Gate has a stunningly ornate interior, and specialises in independent films. One of London’s oldest picture houses, the Electric is also here and has managed to retain its vintage charm over the last 100 years. In the lobby are some of the most innovative doughnuts in London (flavours include maple bourbon and bergamot orange) as well as a French-American diner with booth seating next door.

On Lancaster Rd you’ll find the splendidly quirky Museum of Brands, Packaging and Advertising, historian Robert Opie’s consumer goods collection. A tour of the museum is an unexpected  lesson in British daily life from Victorian times to the 2012 London Olympics through the lens of classic products such as Cadbury’s, Persil and Bovril.

Getting to and around Notting Hill

Notting Hill is served by three tube stations: Ladbroke Grove to the north; Holland Park and Notting Hill Gate (the best option for Portobello Road Market) to the south. Too many buses to mention will also get you here. The neighbourhood is at its busiest at weekends, when the markets are in full swing and when it’s best to explore on foot. If you visit during the week, when it’s much quieter, cycling can be a great way to get around.

Why I love Beirut

This airline will take you on a flight over Antarctica

Florida's Disney World will reduce its opening hours in September 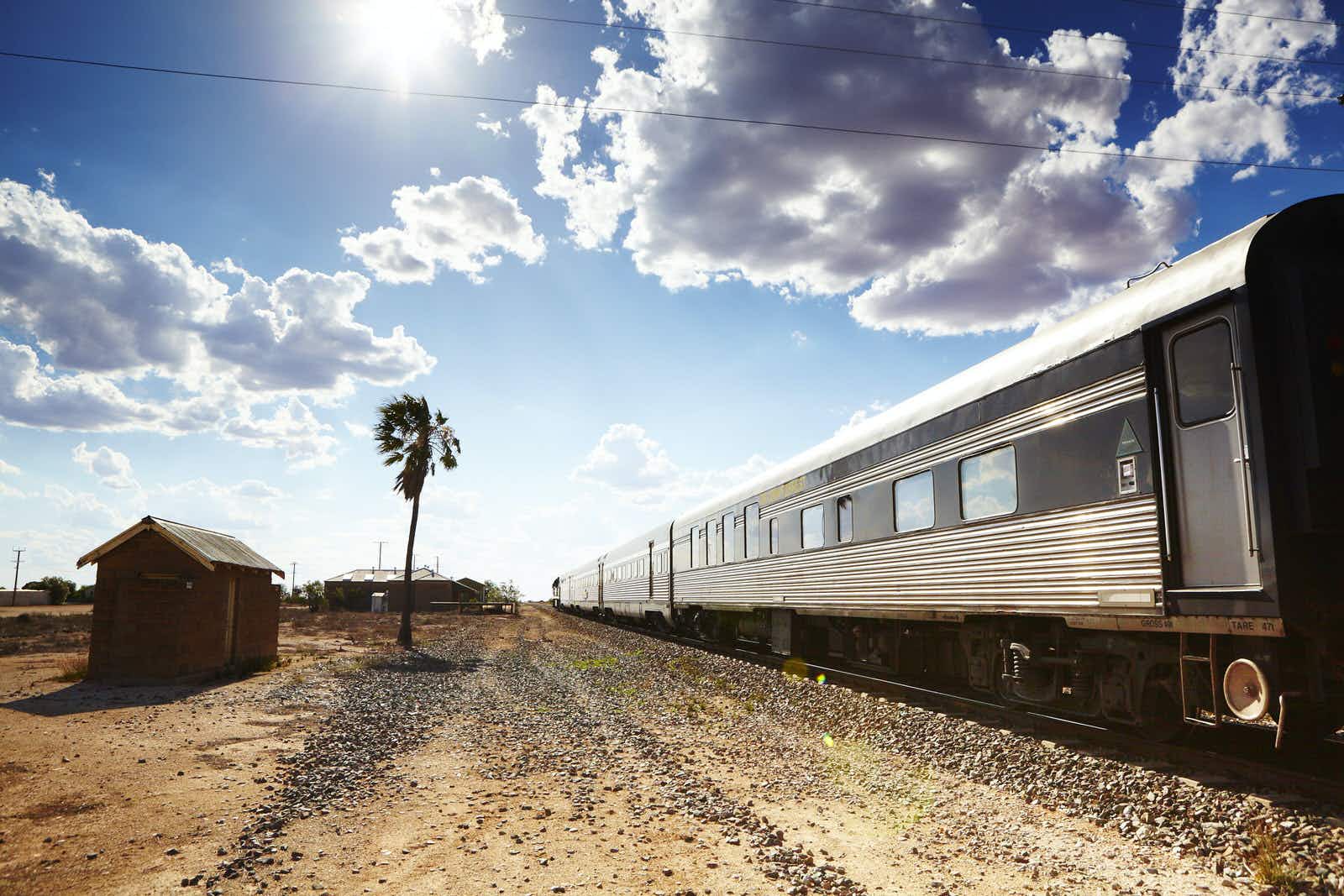 Here's how to see Australia by train 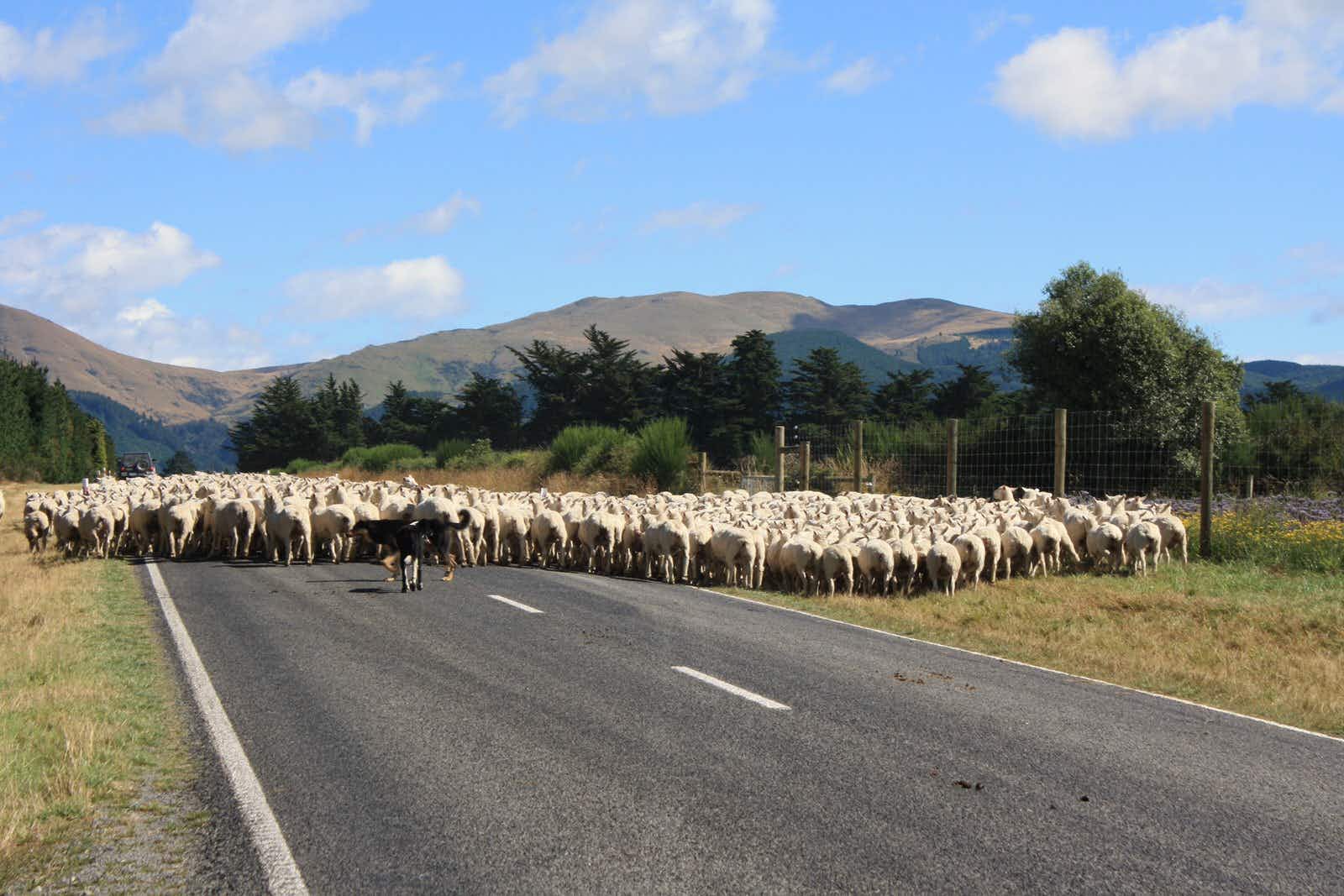 How to WWOOF around New Zealand