How one eco-resort is removing plastic from Todos Santos

The town dump near Pescadero, Baja, Mexico was burning plastic trash, and MacKenzie Campbell was choking on the smoke. Literally. As an asthmatic, Mackenzie couldn’t breathe when the dump was burning plastic. She decided it was time to take matters into her own hands and invited local anti-plastic activist Mayra Gutierrez to speak in her community and help her to rally neighbors to do something about Baja’s plastic use problem.

In neighboring Todos Santos, Bryan and Sergio Jáuregui, owners of Todos Santos Eco Adventures, saw plastic waste turning off tourists. Both Pescadero and Todos Santos are on the edge of Sierra de la Laguna Biosphere Reserve, where tourists come to swim with whale sharks, snorkel, hike, and bird watch. Gobs of plastic washed up on beaches and waste woven into sea bird’s nests isn’t what tourists want to see.

Bryan Jáuregui, who also knew of Gutierrez, invited her to present on breaking the bond with single-use plastics in Todos Santos the same day Campbell invited her to Pescadero. Campbell and Jáuregui met at the talks, realized their shared passion, and formed an action group that’s made serious inroads into curbing plastic consumption in their communities.

Ocean plastic is a global problem

Over 430 bird species, many of which are coastal, have been spotted in Baja California Sur. National Geographic states that 90% of all seabirds are ingesting tiny bits of plastic that they lethally mistake for food. In Baja, local fishermen supply hotels and restaurants in the area, and the tiny plastic particles being consumed by area fish are showing up on dinner plates.

In autumn 2018, the Campbell/Jaraguei dynamic duo won an Adventure Travel Conservation Fund grant for the project they dubbed "Desplastificate Todos Santos y Pescadero" and they got to work. They rallied local business owners and introduced a “Five Turtle” rating system based on single-use plastics consumption. Businesses earned a single turtle for eliminating plastic straws, two if your business also ditched plastic bags and Styrofoam, and five for also implementing recycling and composting.

“We were trying to figure out how to create awareness of the harm we’re inflicting on the health and well-being of our community, wildlife, and natural environment through the excessive use of plastics, and to translate this awareness into individual, organizational and institutional action,” Jáuregui says.

Discover Mexico away from the crowds

Jáuregui and Campbell went to all the local businesses in Todos Santos and Pescadero and gave everyone an initial turtle rating.

“We published the list and my inbox was flooded,” Jáuregui says. “Some people were pissed off--I was pleased by that. And the next thing I knew, businesses were trying to figure out how to get a higher rating. The system was doing its job!”

It is a grassroots response to a global crisis. By 2050, studies show that oceans will contain more plastic than fish by weight. National Geographic points out that 40% of plastics are used only once then discarded. Baja California Sur (BCS) has more coastline than any other state in Mexico – 1,386 miles.

Todos Santos and Pescadero and their 10K residents lie along 35 miles of the state’s southern Pacific coast. Seven sea-turtle species, five with statuses ranging from vulnerable to critically endangered, nest on the beaches of Baja California Sur. Three of these species nest on the beaches of Todos Santos and Pescadero. Sea turtles mistake plastic bags for food and can die from ingesting plastic. Plastic straws can also get stuck in their nostrils and air passageways.

In a tourist town, getting rid of single-use plastics isn’t the easiest thing. No one wants to get sick on vacation, and visitors fear that if their water doesn’t come in a sealed plastic bottle, it could be contaminated.

“The big buga bear is people’s mistrust of local water,” Jáuregui says. “Even when we posted signs, both tourists and restaurants were afraid to give up plastic bottles.”

The turning point came when Baja resident Barbara Manfrediz offered to install $750 water filtration systems in trade for services through her business Waterways Baja, which is certified by the Water Filtration Society of the United States. Twenty-five businesses took her up on the offer and got single-use plastic water bottles out of their waste stream.

Convincing tourists that bulk water was safe to drink was a huge hurdle. But it wasn’t the only one. Once businesses committed to cleaning up their acts, they needed alternatives to plastic and Styrofoam. Even when businesses wanted to change, there wasn’t always an immediate supply to meet demand.

“When the local ice cream shop said we’re on board,”says  Jáuregui, “I thought I could die happy.”

She rushed home for her camera to document the shop's new commitment to plastic alternatives, and by the time she returned, the shop had run out of paper cups and was using Styrofoam again.

Desplastificate created posters and table tents to explain the absence of single-use plastics and encourage visitors to join the campaign. They gathered samples of plastic-free products to help businesses understand and analyze alternatives. And they created a searchable database of compostable products suppliers that can serve the local community, while also starting a co-op for bulk buying of plastic alternatives. Turtle-rated businesses are promoted with window decal and a smartphone app, and in local publications, and social media including Trip Advisor, Yelp, Facebook and Instagram.

“People are doing the heavy lifting to get there,” Jáuregui says. “Getting rid of plastic straws was easy.”

Getting the kids involved

While Jáuregui focuses on supporting businesses to lessen their impact, Campbell runs school programs to teach kids why single-use plastics are bad, to connect kids with their environment, and to turn them into single-use plastic-free ambassadors.

There are 12 schools in Todos Santos and Pescadero, and they’re involved too. Students are being educated on the environmental and human impact of plastics, and all schools have been equipped to eliminate plastic bags, straws, bottles, and Styrofoam containers.

“Our goal was to assist interested schools in creating a zero-waste model, to eliminate single-use plastics, to dispose of hazardous wastes appropriately, to establish recycling and composting programs,” Jáuregui says. “We used our grant to develop educational curricula including games, theatre, videos, and excursions. We met with school directors to form a plastics-free plan that requires every student to bring a reusable water bottle.”

Moving on to Phase II

Now, more than a year in, Jáuregui says the coalition’s job is to keep getting resources in order to be successful, and to move both communities towards comprehensive composting and recycling. She holds her businesses to the highest standards. Jáuregui's company TOSEA has a new glamping operation in the Sierra la Laguna Biosphere Reserve, and it is zero waste.

“We’re working on the tiniest scale, but it’s working,” she says.

The Phase I goal was to inform and provide tools to 20 local hotels, 60 restaurants, 50 shops, and 10 tourist-activity providers to help them eliminate plastic straws, plastic bags, plastic water bottles, and Styrofoam food containers from their businesses within two years. The Phase II goal, which is where the coalition is now, is to help these businesses create an integrated waste management system that includes composting and recycling. Composting and a more comprehensive recycling system and next on the list.

Currently, seven restaurants and nine hotels have achieved a five turtle rating including Jáuregui's properties Todos Santos Eco Adventures and Los Colibris Casitas. Deplastificate Todos Santos and Pescadero is working with Gutierrez to get single-use plastics out of use state-wide. They were instrumental in crafting a citizen-proposed law to ban plastic straws, plastic bags, and Styrofoam food containers.

The grassroots crew is intrepid, stubborn and they refuse to be discouraged. Since they started, other towns have joined the movement. The Mayor is on board and moving Todos Santos and Pescadero as close to zero waste as possible. Nearby, Los Cabos also now has a zero-waste initiative.

And three other communities in Baja California Sur, including La Ventana, Los Barriles and El Sargento, have asked to use the system in their towns. Mayors of each town have invited local grocery stores to join the campaign. Mexican beer brand Corona has embraced Desplastifícate. And the Desplastifícate team leaders are meeting every two weeks with the Mayor of Todos Santos to create a zero-waste plan for their communities.

“We’re giving turtle rating system to everyone,” Jáuregui says. “Everyone is enthusiastic. They may worry about how to do it, and impact on the bottom line, but no one is saying no.” 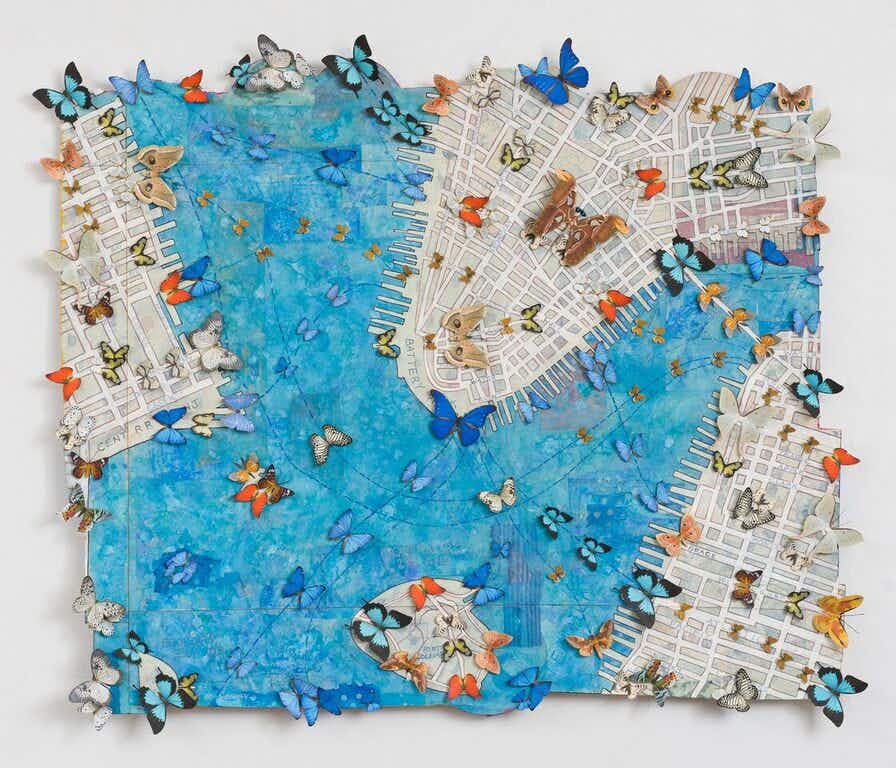 New York hotel The Beekman is a great alternative to… 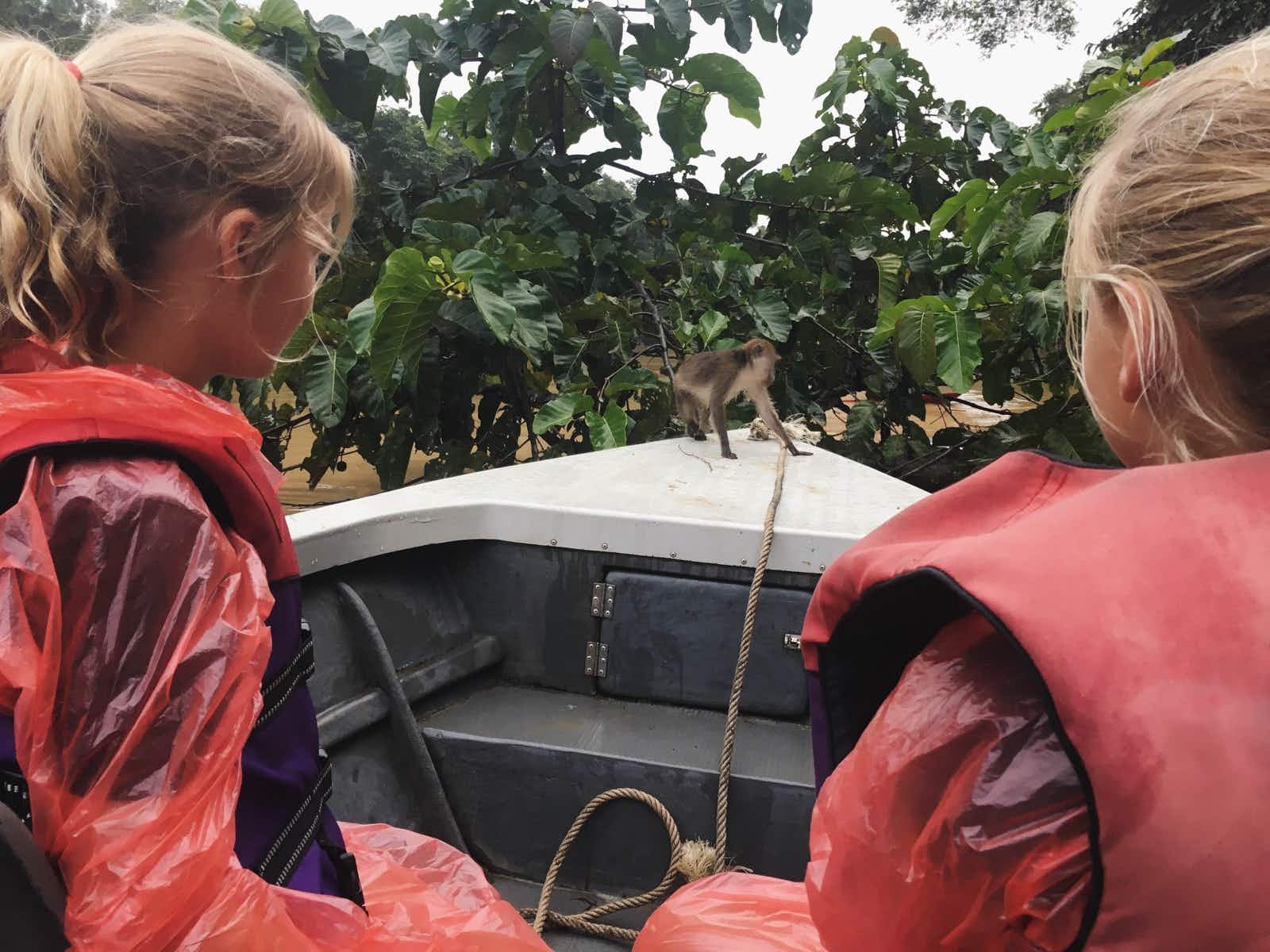 5 destinations to see wildlife with your kids