Spirit of the night: exploring Barcelona after dark

As the sun sets, Barcelona comes alive. Explore from dusk ‘til dawn to encounter the places and people at their brightest during the city’s darkest hours.

There is a correct way to drink absinthe, and it has a certain sense of theatre. On a quiet afternoon at Barcelona’s Bar Marsella the landlord José Lamiel Vallvé is demonstrating the time-honoured tradition. For this he requires: one glass of neat absinthe, a short silver fork, a pair of sugar cubes and a plastic bottle of water with - and this is the important part - a pin prick in the lid of the bottle. First, José balances the fork on the top of the glass of absinthe and places the sugar cubes into the cradle. Then, taking the water bottle, he squeezes a narrow jet very slowly over the sugar cubes. Keeping my eyes on the yellowy-green liquid, I see the magic start to happen. Ghostly tendrils appear, filling the glass until the liquid has become a misty emulsion. This is known, appropriately, as the ‘louche effect’.

Absinthe has been drunk this way for at least a century. In 1922, while working as a European correspondent for the Toronto Star, Ernest Hemingway wrote of watching absinthe turn ‘milky when water was added’ and noted how the resulting drink had ‘the slow, culminating wallop that made the boulevardier want to get up and jump on his new straw hat in ecstasy’.

Although there are few boulevardiers in crumpled straw hats around today, some things never change and Bar Marsella is one of them. According to legend and the evidence of my own eyes, the bar has never once been properly cleaned in the two centuries since it opened in 1820. The roof is stained caramel from decades of accumulated cigarette smoke and thick cobwebs hang from the wooden shelves, draped spookily over full bottles of wine made by long-defunct vineyards.

It’s no surprise that Hemingway himself was a regular at Bar Marsella, as were Salvador Dalí, Pablo Picasso, and Antoni Gaudí. Back in the 1920s, José’s grandfather was the landlord and the bar was a hotbed of revolutionary ideas. ‘That was when the workers started organising and forming unions,’ explains José. ‘They had political meetings here which attracted people with big ideas: painters and writers. The connection was the absinthe.’

They came to dance with the green fairy, and to put off going to bed. In Death in the Afternoon, Hemingway described the Spanish disdain for anyone who chose to sleep during the hours of darkness: ‘For a long time your friends will be a little uncomfortable about it. Nobody goes to bed in Madrid until they have killed the night.’

These days the same is true of Barcelona, the Spanish capital’s defiant sibling. A night out here is to be enjoyed at leisure and at length. The streets begin to grow busy sometime before 8pm, particularly on the crowded main strip of La Rambla. Human statues line the path near the seafront, gathered around in costume as if someone’s shooting a superhero movie. Further up the road the crowds filter into the narrow passageways of the Barri Gòtic (Gothic Quarter), where the ancient stonework seems to echo with the ghosts of revellers from centuries past.

Some of tonight’s merrymakers are heading for relaxed spots like the Antic Teatre, with its secluded courtyard where chattered conversation and clouds of cigarette smoke mix under the big fig tree. Others are on their way to upmarket cafés like Els Quatre Gats, where Picasso once held his debut solo show. Still more are heading down towards Barceloneta, the old harbour district, which teems with local dive bars like Bar Leo, with its cheap plastic cups of beer, its noisy jukebox and its walls covered with photographs and newspaper clippings of the Sevillian singer Miguel Vargas Jiménez.

Between the Barri Gòtic and Barceloneta stands one of Barcelona’s most idiosyncratic haunts. La Xampanyeria is the apparent offspring of a drunken liaison between a bar and a deli. Mostly what it serves are bottles of its own high-quality sparkling wine – for just a handful of euros a piece – and various cuts of ham. A plate of jamón serrano, eaten with fingers or hooked on a toothpick, is so tender it melts in your mouth like warm cheese. The place is wildly popular, meaning that even in the early evening all I can do is squeeze in and hope somebody closer to the bar will pass me my plate and glass. This orchestrated chaos is what gives it its charm.

‘This is a perfect place to start the night, right?’ says Albert Torras, whose father Antoni opened La Xampanyeria in 1969. ‘We’re in the middle of everything, but it’s the atmosphere here that makes it special. It’s easy to meet friends here, and to make new friends.’

New friends are one thing, but the only music here is the noise of their voices. Heading back up La Rambla to Plaça Reial I find the staircase that leads down to Jamboree. Opened in 1960, it is the oldest jazz club in southern Europe, and its intimate stage has been trodden by the likes of Chet Baker and Ornette Coleman. Tonight, it’s the turn of Barcelona native Magalí Datzira, who sings spellbinding versions of standards like Georgia On My Mind while backed by her six-piece band. The hushed audience hangs on her every note, drinking in the sound of her voice in silent reverie. During the break, I ask Magalí what it is about her city that makes the nightlife so electric. ‘You’re asking a lover of Barcelona!’ she says delightedly. ‘The thing about this city is that you could just be at home, in your own bubble, but then you go out at two in the morning and immediately you feel the magic of the city. For me, most of the melodies that have become my songs have been written while biking or walking in Barcelona. It’s an inspiring place.’

In Barcelona, music always seems to be drifting from around the next corner. A four-minute stumble from Jamboree brings you to Bar Pastís, a venue the size of a living room with space for just 22 souls. Inside there’s an ambiance that has remained purposefully unchanged since 1947 when it was opened by a Gallic exile as a reminder of Marseille between the wars. The music is mostly French chanson, while above our heads dangles an icon that would have raised a smile from Hemingway and his drinking buddies: a human-sized papier-mâché green absinthe fairy.

Around the corner from Bar Pastís is Palau Güell, an early example of Antoni Gaudí’s architecture. Gaudí has written his legacy all over Barcelona, and one of the best ways to see his signature up close is at night at Casa Milà, the modernist apartment block that he built between 1906 and 1912. It is referred to locally as ‘La Pedrera’, a nod to the rough-hewn building’s resemblance to an open stone quarry. The undulating roof is among the best known of Gaudí’s creations, having been seen in Antonioni’s The Passenger and Woody Allen’s Vicky Cristina Barcelona, and its curious towers are put to good use in a nighttime audiovisual show which tells – in suitably abridged fashion – the story of the origins of life itself. As impressive as the light show is, the real star remains Gaudí’s own handiwork.

Gaudí’s hallucinatory concrete makes sense here because Barcelona embraces the imaginative. You’ll see it on the dinner plates at Tickets, the tapas bar which emerged from the ashes of the legendary Catalan three Michelin-starred restaurant El Bulli. Here they have all sorts of bizarre and beguiling creations, such as olives reconstituted as liquid spheres which burst in your mouth, or a plate of marinated beef and smoked cheese served in the form of a miniature diorama of a frosty Nordic landscape.

For all their culinary inventiveness, one of the best dishes at Tickets is their simplest: oysters with shiso vinegar. It’s a reminder of Barcelona’s status as a great seafood city. Down at 1881 per Sagardi, on the harbourfront, I eat razor clams, turbot and yet more oysters while figuring out how many lifetimes it would take me to save up for one of the superyachts passing by outside.

Back nearer to Casa Milà is La Pepita, Barcelona’s quintessential tapas bar, where owner Sofia Boixet serves up roasted octopus, anchovies with caramelised milk and sea bass with strawberries. A Barcelona native, she’s able to explain the unique Catalan approach to tapas. ‘Here it’s usual to share the starters and then have your own main,’ she says. ‘This way you can start with tapas, and then finish with whatever you feel like having most.’

Sofia met her husband Sergio when he moved from Alicante to study cookery. ‘We had the romantic idea to start a traditional tapas bar,’ she says. That means a broad marble bar, exquisite small plates and vermouth on tap. As she pours me a Miró vermouth over ice and orange peel, Sofia gestures to the street outside.

Barcelona changes people after dark,’ she says. ‘People get happier! It’s a very different atmosphere.’ She knocks the tap off, but overflows with recommendations for late-night haunts. ‘The first cocktail bar in Barcelona is on La Rambla, it’s called Boadas,’ she says. The tiny Art Deco bar has been an institution since it was opened in 1933 by Miguel Boadas, the Cuban bartender who arrived in Barcelona from Havana after leaving his job as head bartender at El Floridita, another favourite of Hemingway’s.

The second bar Sofia recommends is Dry Martini which, as the name suggests, specialises in one cocktail in particular. Behind their wooden bar sits a slightly incongruous digital counter which informs me that my drink is precisely the 1,074,412th dry martini drunk here since records began 30 years ago.

One dreads to think what the equivalent absinthe counter at Bar Marsella would display. In the small hours, the quiet bar where we started our journey is packed with bodies and the noise of a hundred conversations all going on at once and at ever increasing volume. The hours of darkness are dwindling, yet even now amid the hubbub unsteady hands around the room follow José’s lead. They each perform the trick with the pricked water bottles, the sugar cubes and the absinthe, watching and waiting for the magic to happen.

This article appeared in the August 2018 edition of Lonely Planet Traveller Magazine. 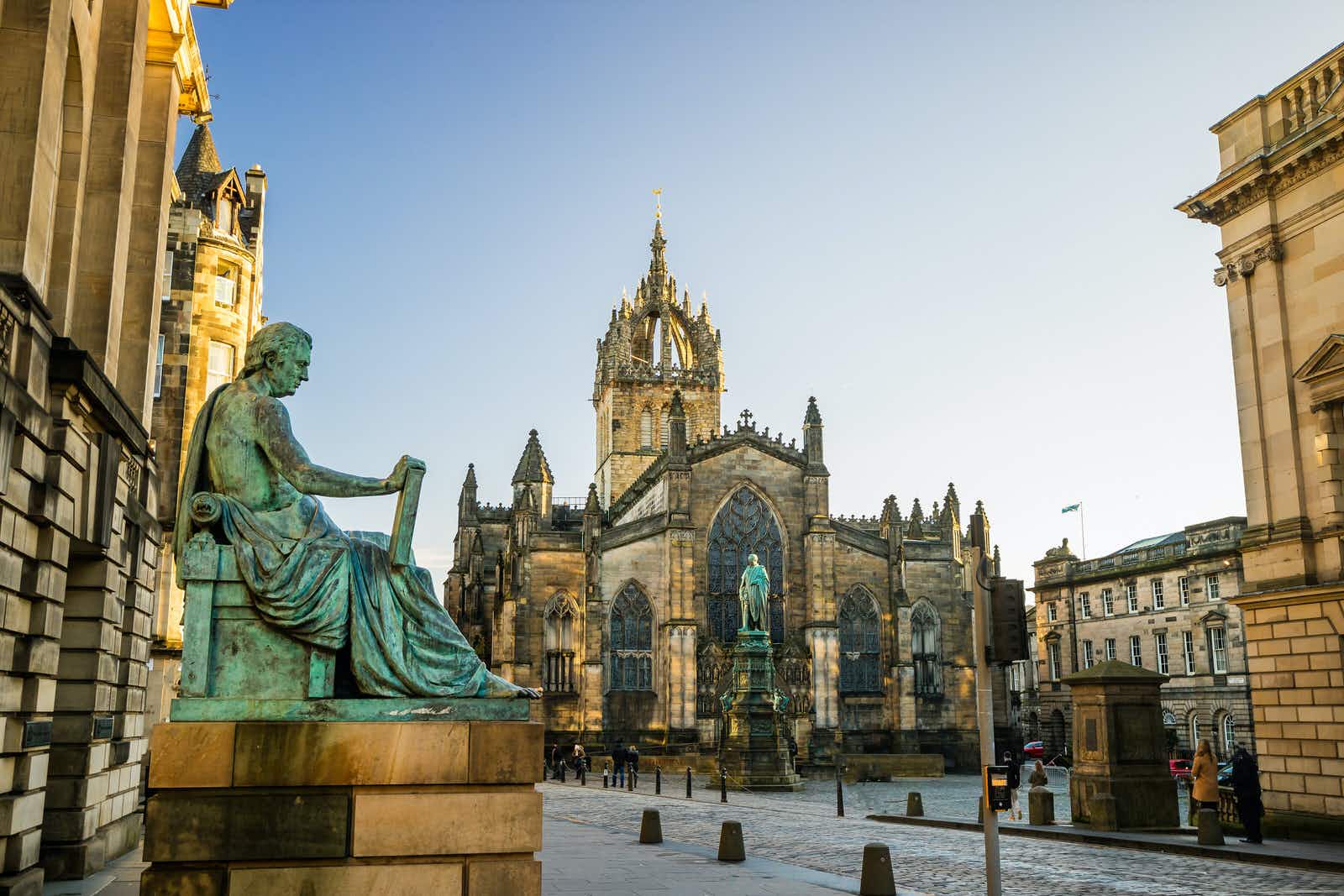 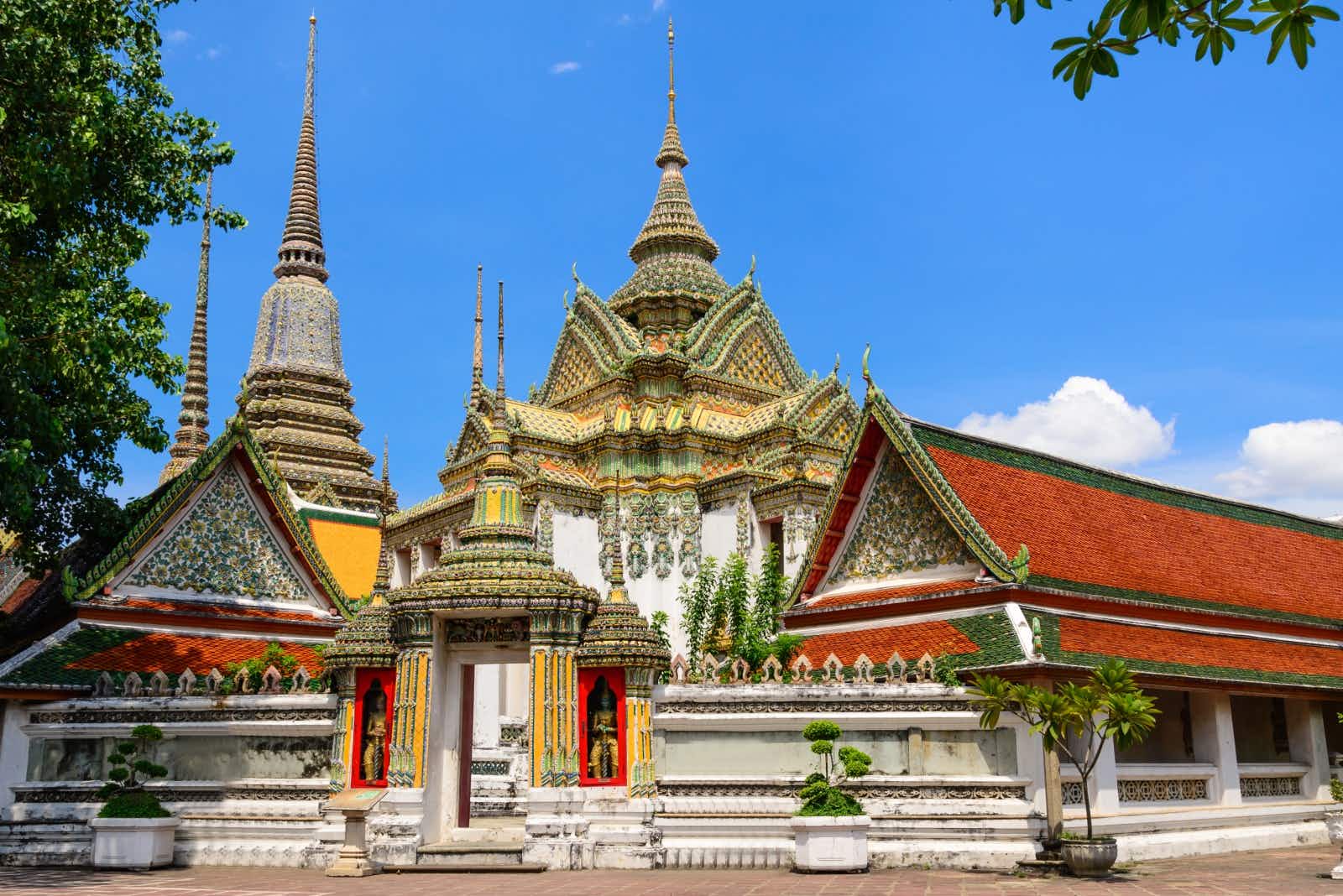