The Czech city of Plzeň (or Pilsen) has always been famous for its beer. After all, when a particular brew is labelled a pils or pilsner, it’s simply a tip of the hat to the town where the modern version of this amber-coloured lager was first developed in the mid-19th century.

But Plzeň will be hopping in a slightly different sense in 2015, when it – alongside Mons, Belgium – will serve as the European Capital of Culture (plzen2015.eu). 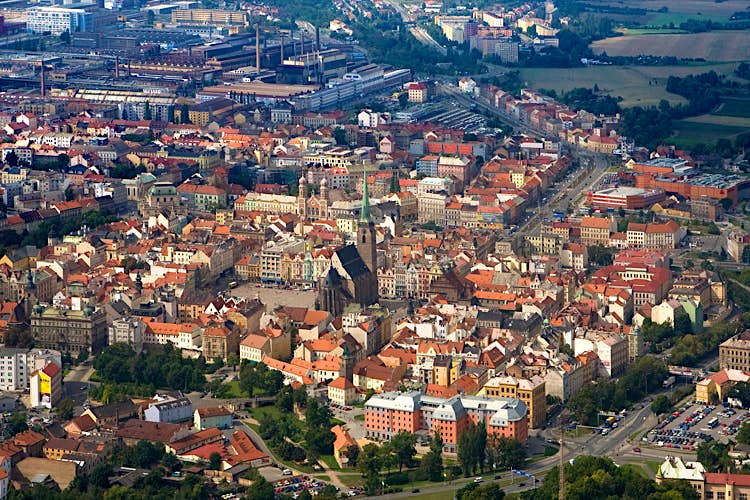 Aerial view of the Czech city of Plzeň - it can be guaranteed that beer is being consumed down there. Image courtesy of plzen.eu.

The city is just 90 minutes southwest of Prague by bus or train, meaning it’s possible to visit as a daytrip – though if a tour of the Pilsner Urquell Brewery (and inevitable after-the-tour beers) are in the works, you might want to plan an overnight.

The brewery, in operation since 1842, is Plzeň’s most popular attraction. Entry is by guided tour, with three English-language tours daily. The circuit takes around an hour and starts out with a rather dry explication of modern bottling techniques. Things get more interesting, however, once you descend into the old cellars, where your reward is a glass of unpasteurised nectar straight from the barrels.

As the EU obviously knows, the city’s charms run deeper than mere beer. In Plzeň’s case, literally deeper. In addition to the brewery, the other great sight here is a tour of Underground Plzeň, an extensive network of 14th-century passageways dug out to give the population a refuge in wartime as well as a place to store foodstuffs and – naturally – beer. Of an estimated 11km of tunnels that have been excavated, 500m are open to the public. Bring a jacket, since it’s a chilly 10°C (50°F) down here. 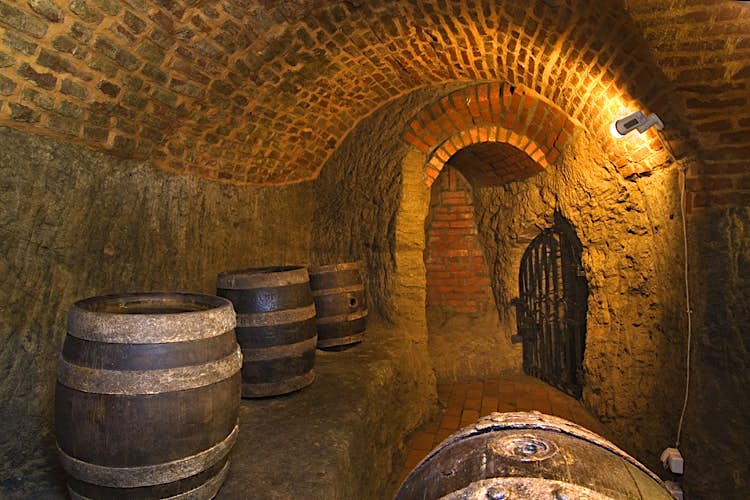 Explore the passageways of Underground Plzeň and you may just find pilsner. Image provided by Plzeňský Prazdroj. a.s. prazdrojvisit.cz.

Underground Plzeň is housed in the same building as the city’s Brewery Museum, though if you’re planning a brewery tour and time is short, you can safely skip this one. If not, it’s worth a look to see how brewing techniques have evolved over the centuries and what makes Plzeň’s beer so good (hint: it’s apparently the water).

Both attractions are situated a short stroll from the city’s whopping main square, náměstí Republiky (Republic Square), one of the largest public spaces in the Czech Republic. In medieval times, cities were judged by the size of their squares, and at 25,000 sq m (8 acres), Republic Square is no slouch. Here, you’ll find the historic Old Town Hall as well as the ever-helpful City Information Centre. 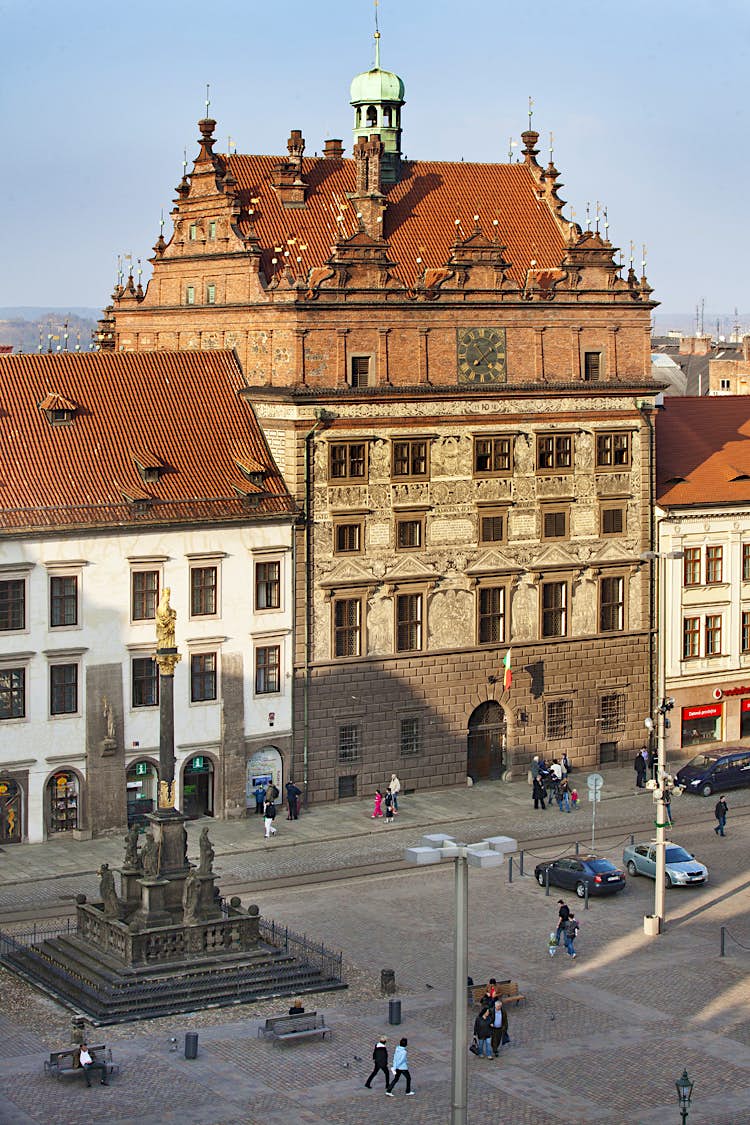 Náměstí Republiky and the Old Town Hall, which dates from the mid-16th century, with its signature sgraffito on the front facade. Image courtesy of plzen.eu.

The square is dominated by the 13th-century, Gothic church St Bartholomew and its jaw-dropping spire (the country’s third-tallest building). Clamber up top to work off some beer and glimpse the surrounding countryside.

A short walk from the central square is another sign of the country’s prosperity through the ages. The Great Synagogue is one of the largest in the world – only those in Jerusalem and Budapest are bigger. It’s a testament to the size and vitality of the Jewish community, which all but perished under the Nazi occupation during World War II. The building is now used for concerts and art shows. 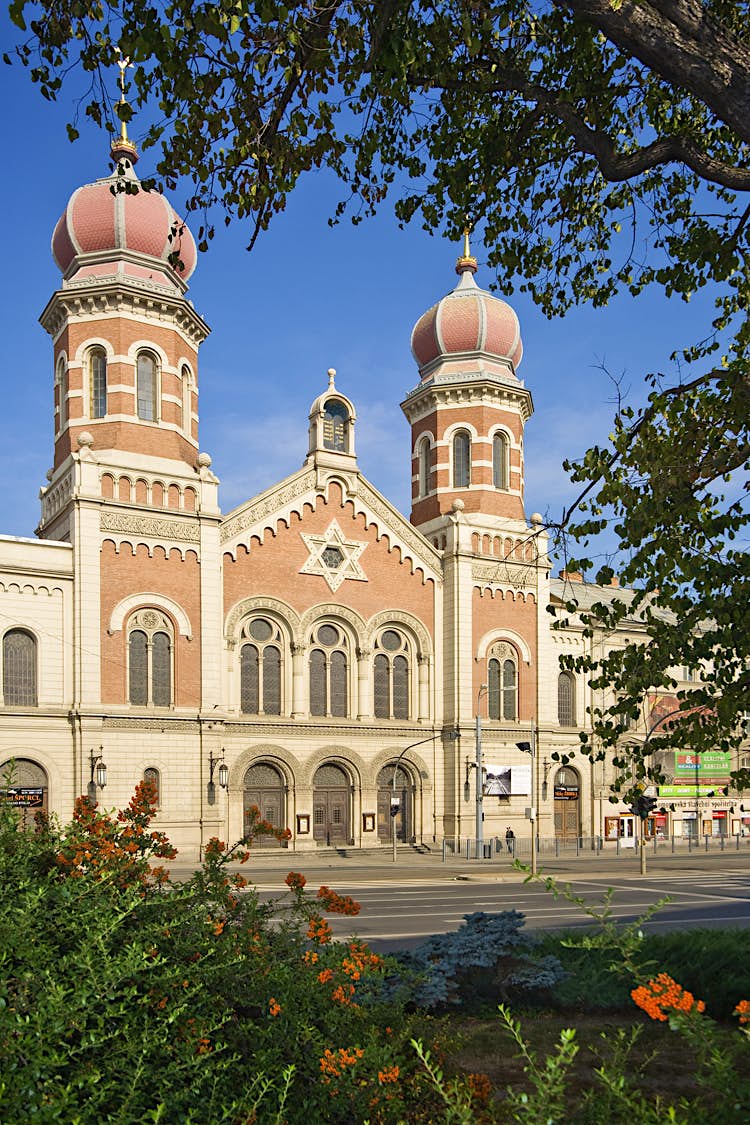 The Great Synagogue, built in a Moorish style in 1892 by the 2000 Jews who lived in Plzeň at the time. Image courtesy of plzen.eu.

For adults and for kids

Plzeň has always had a soft spot for the West, and particularly Americans. Unique among Czech cities during WWII, Plzeň was not liberated by the Soviet Red Army, but rather by the US Army led by General George S. Patton.

The Patton Memorial, a small, highly personalised museum north of the centre, tells the story of this emotional liberation on 6 May 1945 in photos, curios and videos. Especially poignant are the handwritten memories of former American soldiers who returned to Plzeň over the years to take part in the city’s annual Liberation Festival during the first week of May.

Plzeň is likely to be a tougher sell for kids, who may not be that enthusiastic about touring a brewery or getting a history lesson in WWII. But there are a handful of attractions aimed at younger visitors.

The Puppet Museum is a huge hit with kids but interactive exhibits allow anyone to indulge their inner puppeteer. Image courtesy of muzeumloutek.cz.

The Czech Republic has a long tradition of puppetry and the Puppet Museum, on the main square, is sure to delight kids up to 10 years old or so. The exhibits are heavy on Czech puppets (there’s no Disney here), but there are plenty of goblins, witches and princesses to keep things interesting and enough signage in English to make sense of it all. There are even impromptu puppet performances that are fun for everyone.

Older kids will love the new interactive Techmania Science Centre (techmania.cz), which opened in 2014 and is situated west of the centre near the Škoda Engineering works. The concept is to integrate play and learning, and young visitors are encouraged to have fun with infrared cameras, magnets, miniature wind tunnels and dozens of other tech-based exhibits. There’s a 3D planetarium and a few full-sized historic trams and trains to admire. 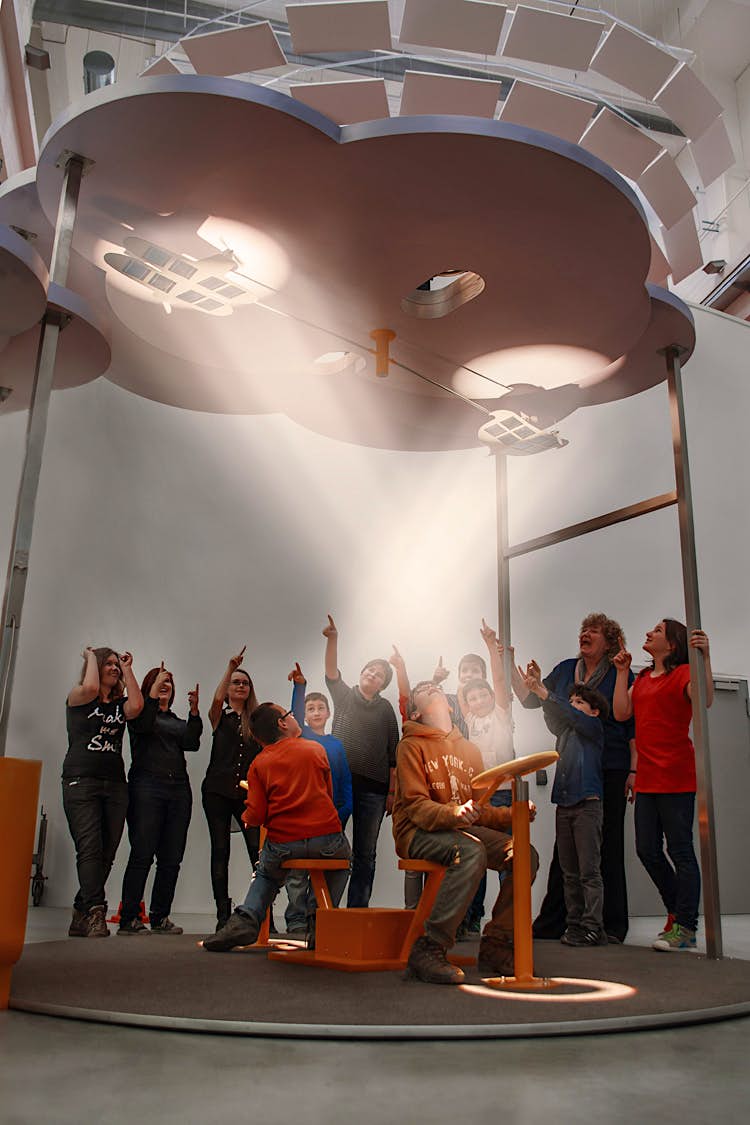 As for eating and drinking, when in Plzeň do as the Pilsners do and hit the pub. A traditional favourite is Na Parkánu, which is owned by the Pilsner Urquell Brewery and located next to the Brewery Museum. It may look touristy, but the roast pork and dumplings are top rate, and the beer, well, let’s just say you may never want to leave.

U Mansfelda, nearby, is another solid pub choice but slightly more adventurous. For a twist on standard pork, try wild boar goulash.

Aberdeen Angus Steakhouse is an excellent non-pub selection. As the name implies, steaks are the bread and butter here, though we prefer the cheeseburger. Maybe it’s payback for Patton, but for our money, the burger’s as good or better than back home.

With the EU Cultural Capital designation, hotels could get tight and advance bookings are essential. The Hotel Roudna, a 10-minute walk north of the centre, is a well-run, good-value hotel with budget prices and big rooms. U Salzmannů, a central pension, sits above a historic pub and offers reasonably priced ‘suites’ with antique beds and small sitting rooms. The pub location is convenient if you overdo it, and you very well may.

Many of our author-reviewed hotels in Plzeň are bookable on Lonely Planet's website. 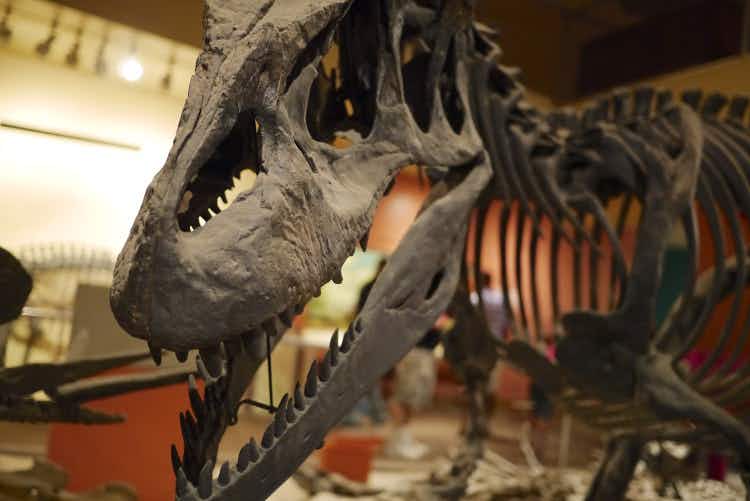 Exploring America's attic: a guide to the Smithsonian Institution 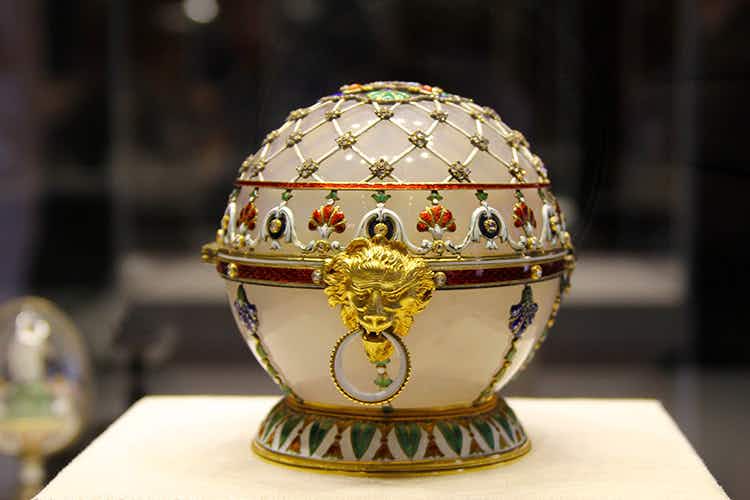