More than 200 islands lie within reach of Abu Dhabi’s coastline, scattered across the Gulf beneath cloudless blue skies. Easily accessible islands such as Saadiyat and Yas have blossomed into cultural and entertainment hubs, while more remote isles like Bu Tinah, home to endangered green and hawksbill turtles, remain off-limits to all but marine conservationists.

No two Abu Dhabi islands are quite the same, so whether you seek a glimpse of old Arabia, a safari-style adventure, or simply kicking back on a beach, the emirate has an island that fits the bill. Here are five of the most exciting isles to explore.

Wildlife rules on this conservation-focused island. Once the private retreat of the late Sheikh Zayed, Sir Bani Yas Island is a modern-day Arabian Ark for more than 13,000 indigenous and introduced animals, including oryx, gazelle, giraffe and even cheetah. A 4100-hectare wildlife park covers just over half the island; three Anantara resorts offer daily game drives and luxury accommodation in thatched-roof lodges and beachfront villas. A day trip is possible, but you’re best off staying overnight to make the most of the resort activities. Once you’ve put your binoculars away, you can mountain-bike through sandy wadis, kayak through mangroves surrounding the island or explore the remains of a pre-Islamic monastery.

How to get there: Sir Bani Yas is a 250-kilometre drive from Abu Dhabi city, followed by a 15-minute ferry crossing. Or you can splash out on a seaplane from Abu Dhabi or Dubai.

Every weekend, dozens of pleasure boats dock at this largely undeveloped, t-shaped island (also known as ‘Al Maya’), to picnic and play on its white-sand beaches. In the north of the island, Al Maya Island Resort is the coolest place to be on a Friday afternoon, as the bronzed and beautiful flock to the long-running pool party aptly named Maya Fridays. Local DJs mix house beats by the huge pool, while partygoers sip cocktails at the swim-up bar and dance barefoot on the sand. Held from March to November, the party kicks off at 11am until 9pm and entry costs Dhs100 (free for ladies before 1pm).

How to get there: The resort offers free 10-minute boat transfers to Maya Fridays. They depart from a dock next to the Khalidiya Palace Rayhaan by Rotana hotel.

Inhabited for more than 7000 years, this once-bustling hub for the Gulf’s pearl trading industry is now Abu Dhabi’s last residential desert island. Located northwest of Sir Bani Yas, Delma Island is a laid-back kind of place where the swish of swaying date palms is interrupted only by the call to prayer echoing from a trio of century-old mosques. Visit Al Meraikhi House, a restored former pearl trader’s home that is a fine example of 19th-century Emirati architecture. Inside, the museum includes displays of Mesopotamian pottery and evidence of date palm cultivation dating from the 5th millennium BC. Delma is slowly developing, but for now expect very basic accommodation at the island’s only hotel.

How to get there: Ferries depart daily from Jabal Al Dhanna, also known as Mugharaq Port (1hr 45 min, Dhs20).

Tantalisingly close to the city, Nurai Island is a pint-sized private island with gin-clear waters and swathes of powdery sand. If you’re feeling flush, you can splurge on one of the butler-served beach villas at Zaya Nurai Island Resort.

On a more modest budget? The resort welcomes day-trippers, too. Flop in a hammock and work on your tan, bob about on inflatable unicorns in the warm Gulf waters, or feast on fresh seafood with your toes in the sand. Just don’t miss your Instagram moment on the rope swing, set in the sea at the Smokin’ Pineapple beach club. A day pass costs Dhs420 per person (redeemable against food and drinks).

How to get there: Private boats depart regularly from the Zaya Nurai Island Welcome Centre on Saadiyat Island.

Want to squeeze in some retail therapy while you’re in town? Al Maryah Island is the place to max out your credit card. Shopaholics should head straight for The Galleria, a glitzy mall built by the US-based Elkus Manfredi Architects and flanked by the Four Seasons and Rosewood hotels. It boasts more than 100 designer stores from the likes of Alexander McQueen, Jimmy Choo and Prada, as well as some of the city’s best restaurants all under one roof (such as Zuma, La Petite Maison, Roberto’s, Coya and Nusr'Et, aka #SaltBae, as part of The Dining Collection located along the waterfront Promenade). Be sure to look up and admire the sculptural glass-and-steel roof, a triumphant merger of engineering and beauty, and take a sunset stroll along the waterfront promenade for glittering views of the city skyline.

How to get there: Located between the existing downtown district and Al Reem Island, the easiest way to get to Al Maryah is by taxi. Public busses also service the island. 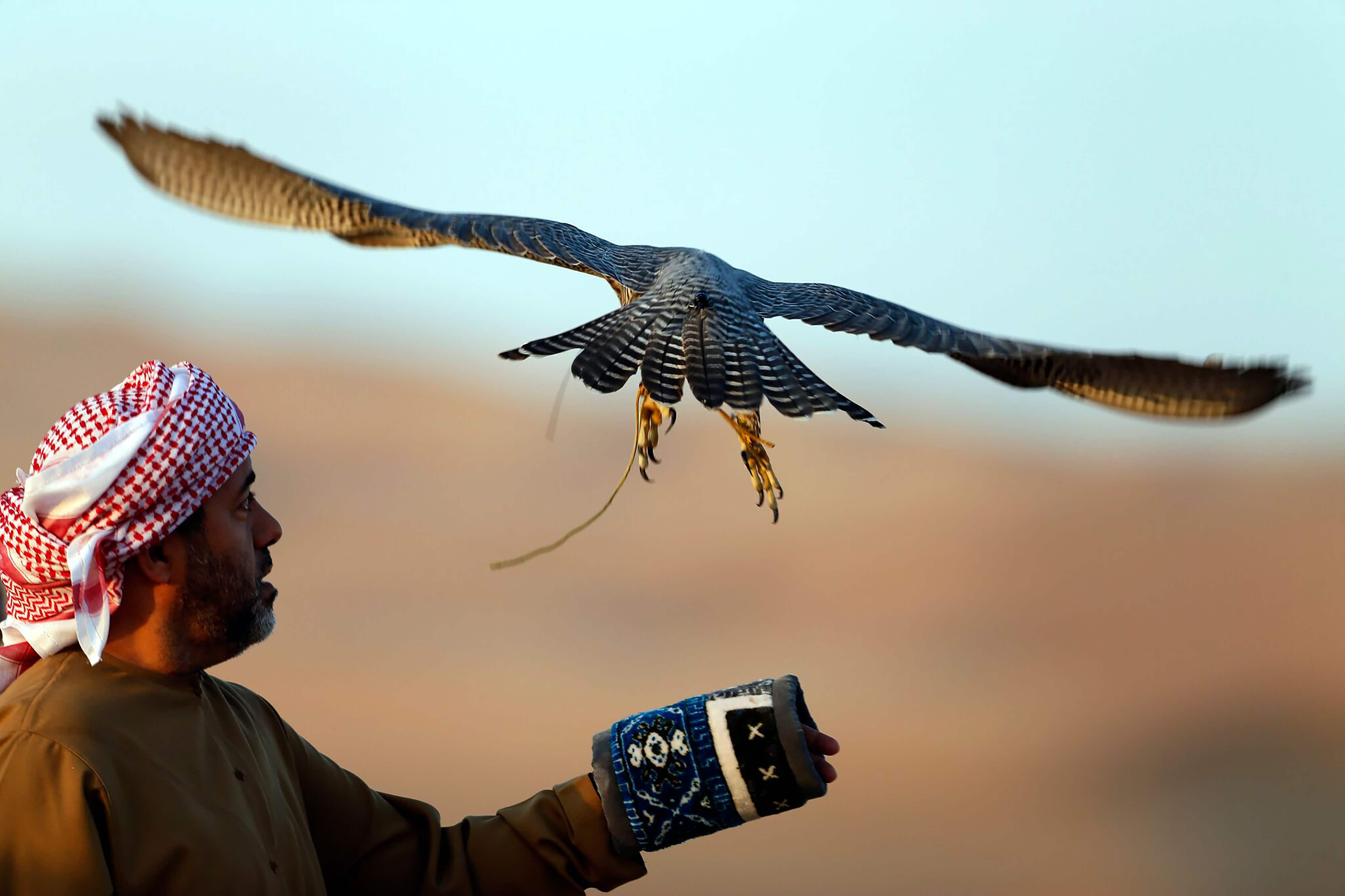 Get your motor runnin’ in the Empty Quarter 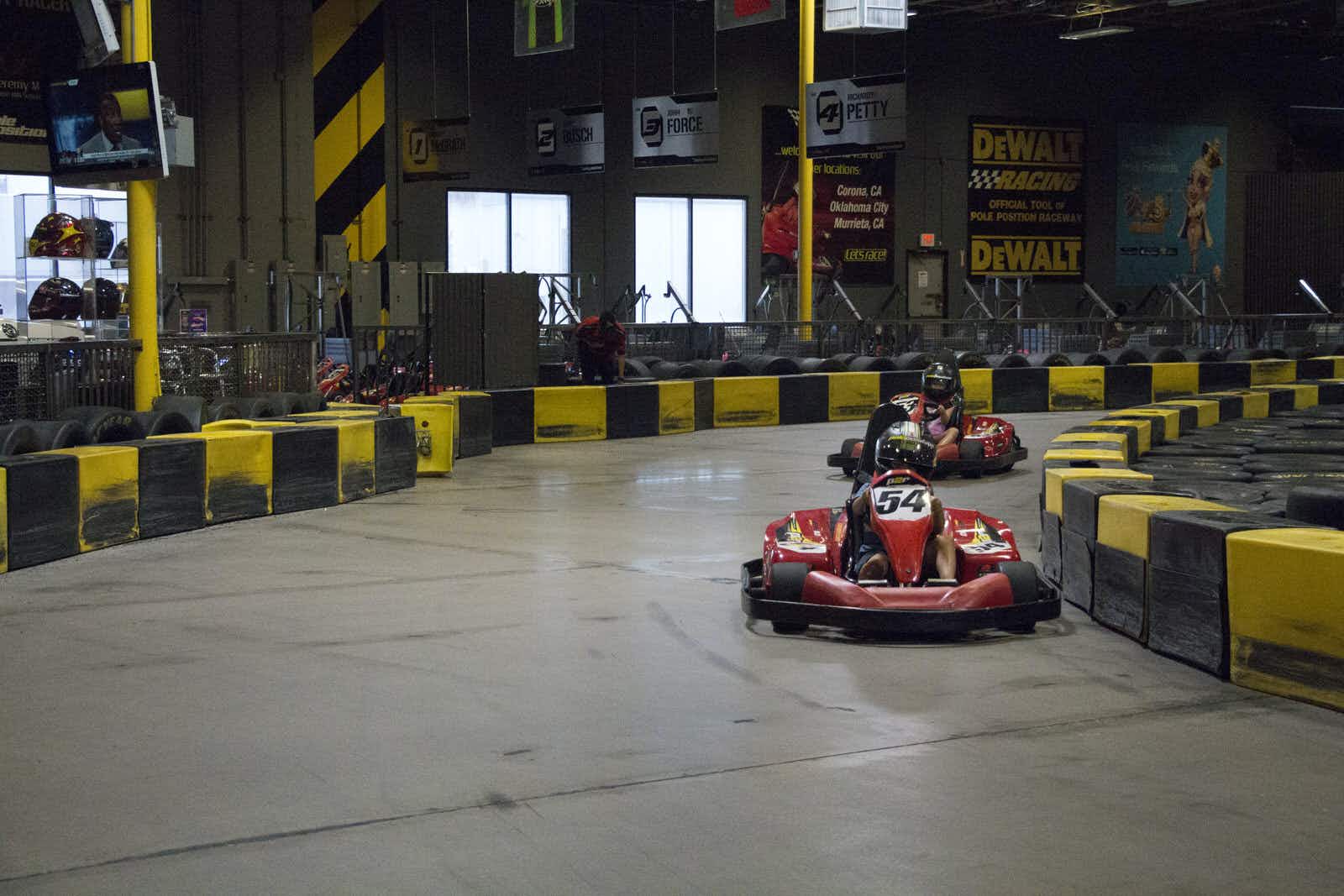 Game on: New ways to play in Las Vegas