Living the royal life in Hyderabad

It’s hard to imagine how it must feel to be king of all you survey. To look out from the palace walls as the sun dips behind the silhouetted hills, and know that everything you see from horizon to horizon is yours to rule.

Short of a marrying a monarch, daydreams are probably the closest most people will get to the extravagant existence enjoyed by the rulers of India’s princely states, but behind the whitewashed walls of Hyderabad’s Falaknuma Palace, you can get just a taste of this life of lavish luxury.

Run as one of India’s most nostalgic heritage hotels, the Taj Falaknuma Palace serves up a perfect introduction to Hyderabad, city of palaces, perfumes and pearls. From this hilltop vantage point, the 7th Nizam of Hyderabad – once the richest man in the world – looked out over the rolling hills of India’s wealthiest princely state, worth more in its heyday than many European nations.

In fact, living the royal life in Hyderabad is easier than you might imagine, thanks to the thriving traditions that persist from the Nizam’s time. Even if you can’t afford to stay in the Falaknuma, you can swing by for high tea or haggle for pearls and ittars (Islamic perfumes) in the same bazaars as generations of Hyderabad royals.

My own brush with royalty began with an almost absurdly ostentatious arrival at the Falaknuma, rolling through gardens teeming with peacocks in an open, horse-drawn carriage, before climbing the palace's marble steps beneath a shower of crimson rose petals. It was a wonderfully theatrical introduction to the former palace of the enigmatic (and succinctly named) His Exalted Highness Nawab Sir Mir Osman Ali Khan Siddiqi, Bayafandi Asaf Jah the VIIth, last Nizam of the princely state of Hyderabad Deccan.

Laid out in the shape of a scorpion, with two wings embracing the Palladian central hall like protective claws, the Falaknuma is an elegant sprawl of staterooms, courtyards and formal gardens, and a splendid clash of East-meets-West ideas. While the Islamic star and crescent rises proudly from the rooftop, the stained glass windows depict Beefeaters, kings and cavaliers. For every Indo-Saracenic turret and Mughal arch, there’s a nude-crowned marble fountain or a neoclassical colonnade.

This Europe-by-way-of-Asia interior design was actually the vision of Sir Viqar-ul-Umra, prime minister of Hyderabad Deccan and head of the noble Paigah family, who raised the palace and then gifted the entire complex, gardens and all, to the 6th Nizam, Mahbub Ali Khan, who passed it to his son as a venue for lavish state functions. However, by the middle of the 20th century, the palace was neglected and fading, used as a store for the Nizam's mountain of heirlooms.

Over a formal dinner in the palace grounds, I spoke to the prime minister's great-grandson, Faiz Khan, about the palace's decline. ‘As a child I could hardly move in the Falaknuma,’ he said wistfully. ‘I remember a whole room full entirely of clocks. All the display cases were packed – there were things everywhere.’

Now painstakingly restored, the Falaknuma today is far from a musty museum-piece. Guests are free to wander the staterooms, decked out with royal portraits and heirlooms as they were in the Nizam’s time. During my stay, I spent one thoroughly relaxing evening sipping single malts and playing pool on the Nizam’s billiard table, a twin to the table in London’s Buckingham Palace. Sadly, the Nizam's legendary dinner table, set with bone china for 100 dignitaries, is no longer used; guests dine instead on the terrace leading off the trinket-stuffed Jade Room.

If you can’t stretch to an overnight stay at the Falaknuma, come for high tea or a dinner tour and watch dusk settle over the rooftops of Hyderabad from the terrace, while the Islamic call to prayer rises in a multi-throated chorus from a legion of mosques and dargahs (tombs) tucked into the winding lanes of the old city.

A profusion of palaces

For all its heirlooms, the Falaknuma displays just a tiny fraction of the Nizam’s vast wealth. After losing his kingdom at Independence, the 7th Nizam retreated heart-broken to Istanbul and many of his treasures were spirited away by courtiers, but significant parts of the collection were saved by his daughter-in-law, Princess Esra, and displayed in the lovingly restored Chowmahalla Palace, where the Asaf Jahi dynasty entertained official guests and visiting royalty.

'When I came back to Hyderabad after a gap of 20 years I found a very sorry state of affairs,' she explained. 'The Nizam's properties were very badly kept – it was as if history were wiping them away. I felt I had to do something to bring them back to life to help people in Hyderabad remember their past, and keep their history and heritage alive.'

While the Falaknuma – also restored by Princess Esra – is unmistakably a home, the Chowmahalla was the public face of the royal family. Here, everything was about appearances, and creating the grandest impression possible for visiting dignitaries, relatives and rivals. Wandering through the interlinked courtyards, flanked by wedding-cake pavilions and rainbow-casting fountains, I felt the same sense of royal theatre as at Peterhof near St Petersburg, or Beijing’s Forbidden City, or Versailles.

In one pavilion I found a library of elegant illuminated copies of the Quran, the script picked out in delicate traces of indigo, vermillion and gold. In another, the sumptuous wedding outfits of the royal family, weighed down by kilos of gold and silver thread. But these were minor treasures compared to the Darbar Hall, where the Nizams held court from a marble throne beneath a canopy of Belgian crystal chandeliers.

At the rear of the Chowmahalla compound, a garage displays just a tiny part of the Nizam’s personal collection of automobiles. It is said that the sixth and seventh Nizams owned a third of all the cars imported into Hyderabad in the first half of the 20th century. Predictably, the Nizams’ tastes ran to luxury limousines, but the story that the Nizam used a fleet of Rolls-Royces to collect rubbish from the streets of Hyderabad is sadly an urban myth.

Luxury in the afterlife

While the Nizams lived lavishly in life, they reverted to Islamic principles of humility in death, residing through the centuries in simple, marble tombs inside the Mecca Masjid, within sight of the Charminar, the mosque-come-triumphal arch that marks the centre of Hyderabad’s ancient Islamic quarter. Some of their courtiers, however, were less restrained, building lavish tombs to rival the great mausoleums of the Mughal emperors.

Reputedly descended from the second Caliph of Islam, the Paigahs erected their own family necropolis southeast of the Charminar. Unlike the towering domes favoured by the Mughals, the Paigahs preferred delicate pavilions of carved lime mortar and sculpted marble, ringed by arcades of Islamic arches and intricate perforated marble screens.

Today, the mausoleums are quietly forgotten, and I wandered the tombs in peaceful silence, with only the occasional flash of a colourful sari behind a marble screen to show that I was sharing the necropolis with another living soul.

The price of pearls

The wealth of Hyderabad was built on solid foundations. The kingdom controlled India’s only diamond mines – source of the Koh-i-Noor and Hope diamonds, amongst other splendid gems – and the city was India’s busiest marketplace for pearls, imported from as far away as Sri Lanka, Basra (in Iraq) and China.

Pearl traders still crowd Patthargatti, the medieval bazaar running north from the Charminar. Stepping into a brightly-lit showroom, I was immediately seized by a vendor and draped with string after string of pearls in every imaginable size, shape and colour, in a scene pulled straight from Sinbad the Sailor.

Presented en masse, the gleaming mounds of pearls can inspire a buying frenzy, but shop judiciously. The best pearls should have an even tone and lustre; look for strands where every pearl is the same shape and size. You’ll pay more for large sizes and perfect spheres, and naturally formed spherical pearls, as compared to cultured pearls grown around a man-made seed, command a stratospheric price tag.

Another luxury favoured by the Nizams was ittars – heady fragrances made from essential oils, prepared with an alcohol-free base to satisfy Islamic sensibilities. It is said that the wife of the Nizam had a separate tap just for perfume in her bathtub at the Falaknuma. During the 19th century, dozens of ittar-wallahs from Gujarat set up shop in the bazaars surrounding the Charminar to service the royal household, and the scent of rose and jasmine still hangs heavy in the air today.

In search of a bespoke fragrance to conjure up the mystique of Islamic India, I joined the crowds of burqa-clad women haggling for essentials in the Charminar bazaars, following my nose to a street-side stall, where a perfumer perched cross-legged behind a row of cut-glass ittardan (scent bottles).

Unlike Western perfumes, ittars are built on an oil base – only sandalwood oil was good enough for the Nizams, but cheaper alternatives are often used today – and the finest fragrances are wrist-ready straight from the distillation vessel. Perfumers also craft essential oils into mukhallat blends, a combination of scent-mixing and street theatre. In a handsomely decorated mixing bottle, drops of ittar are added slowly to build the fragrance, then, with a shake here, a waft there, a sample dab on the forearm, and a showman’s flourish, the customised perfume is ready to wear.

The dominant scents used in Indian ittars are rose, jasmine, saffron, sandalwood and musk (sourced from Indian musk seeds, as well as animal sources). Expect to pay premium prices for oud, an earthy fragrance created by a fungus that attacks the resinous heartwood of the lign-aloe tree.

In praise of biryani

One thing that unites Hyderbadis of all backgrounds, from Nizams to street-sweepers, is their love of food. The collected dishes that we now know as Hyderabadi cuisine came into existence in Mughal times, blending cooking traditions from Central Asia with the spices and seasonings of the Indian south.

Many of the most popular dishes have religious origins – take haleem, a slow-cooked stew of wheat, lentils, mutton and spices, consumed enthusiastically by Muslims breaking the fast during the holy month of Ramadan. The Hyderabadi version is protected by Geographical Indication status, much like champagne in France, and haleem sales in the city during Ramadan are worth more than US$77 million annually.

Without doubt, the most popular local speciality is the Hyderabadi biryani, a dish reputedly conceived in the Nizam’s own kitchens. This fragrant mix of chicken or mutton, rice and spices comes in two iterations – kachchi (raw) biryani, made from uncooked spiced meat, layered with basmati rice and slowly steamed over coals in an earthenware pot sealed with a roll of pastry, and pakki (cooked) biryani, with the meat pre-cooked.

I had already sampled an upscale version at dinner at the Falaknuma, while a choir of qawwali singers performed uplifting Sufi devotional songs to the clicking beat of khartal castanets, but I wanted to get down to street level to seek out the down-home version enjoyed by ordinary Hyderabadis.

Following a tip from a taxi driver, I ducked back into the winding lanes of the old city to Hotel Shadab, at the north end of Patthargatti, joining crowds of enthusiastic Hyderabadi families beneath glaring strip-lights to sample what is said to be one of the finest biryanis in the city. Despite the down-to-earth setting, the biryani was superb. Tender, moist lamb, intoxicating spices, and subtle layers of flavour, served simply in double-quick time, but to my tastebuds, plainly fit for a Nizam. 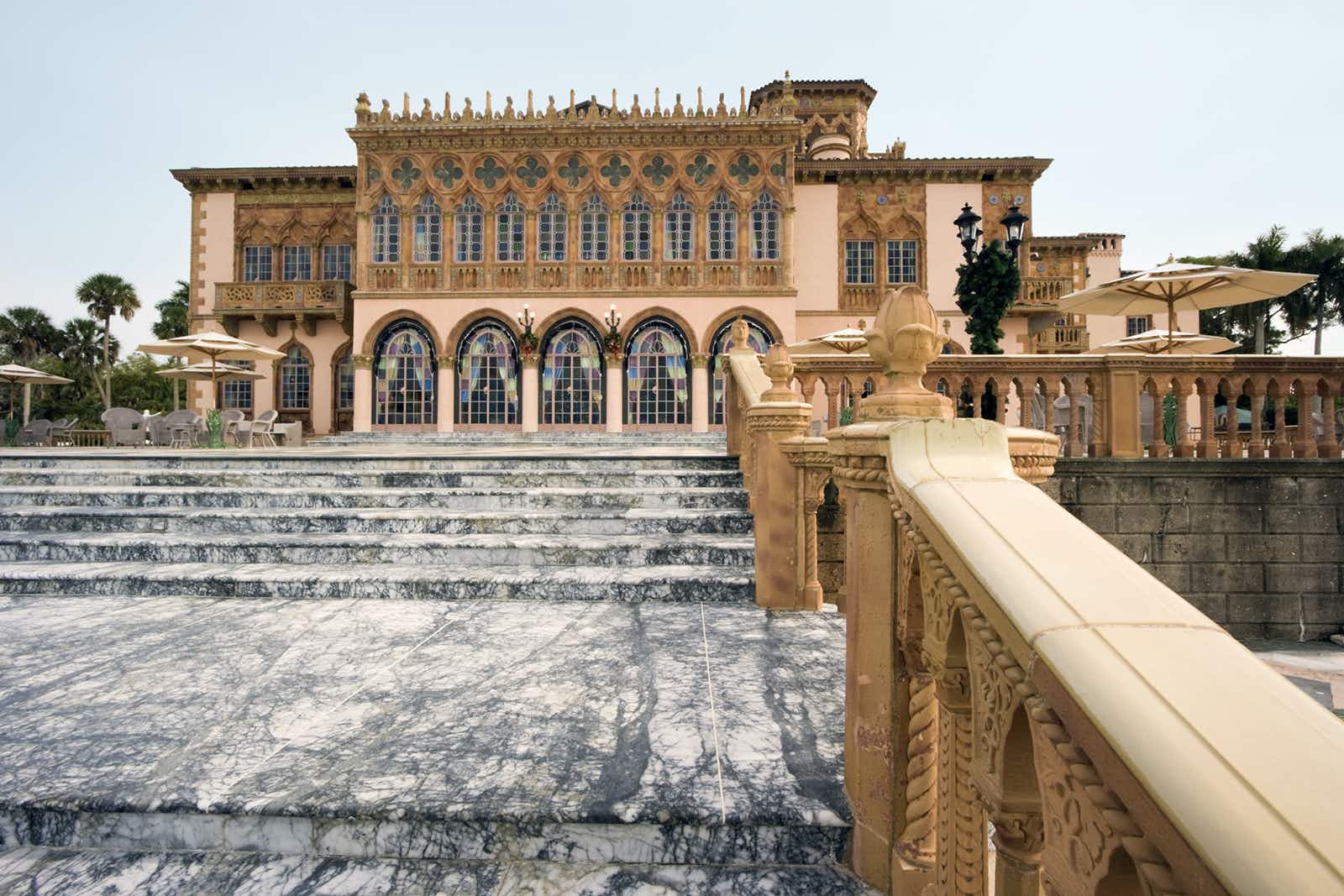 Surprising Sarasota: Beyond sun and sand in Florida's cultural hub… 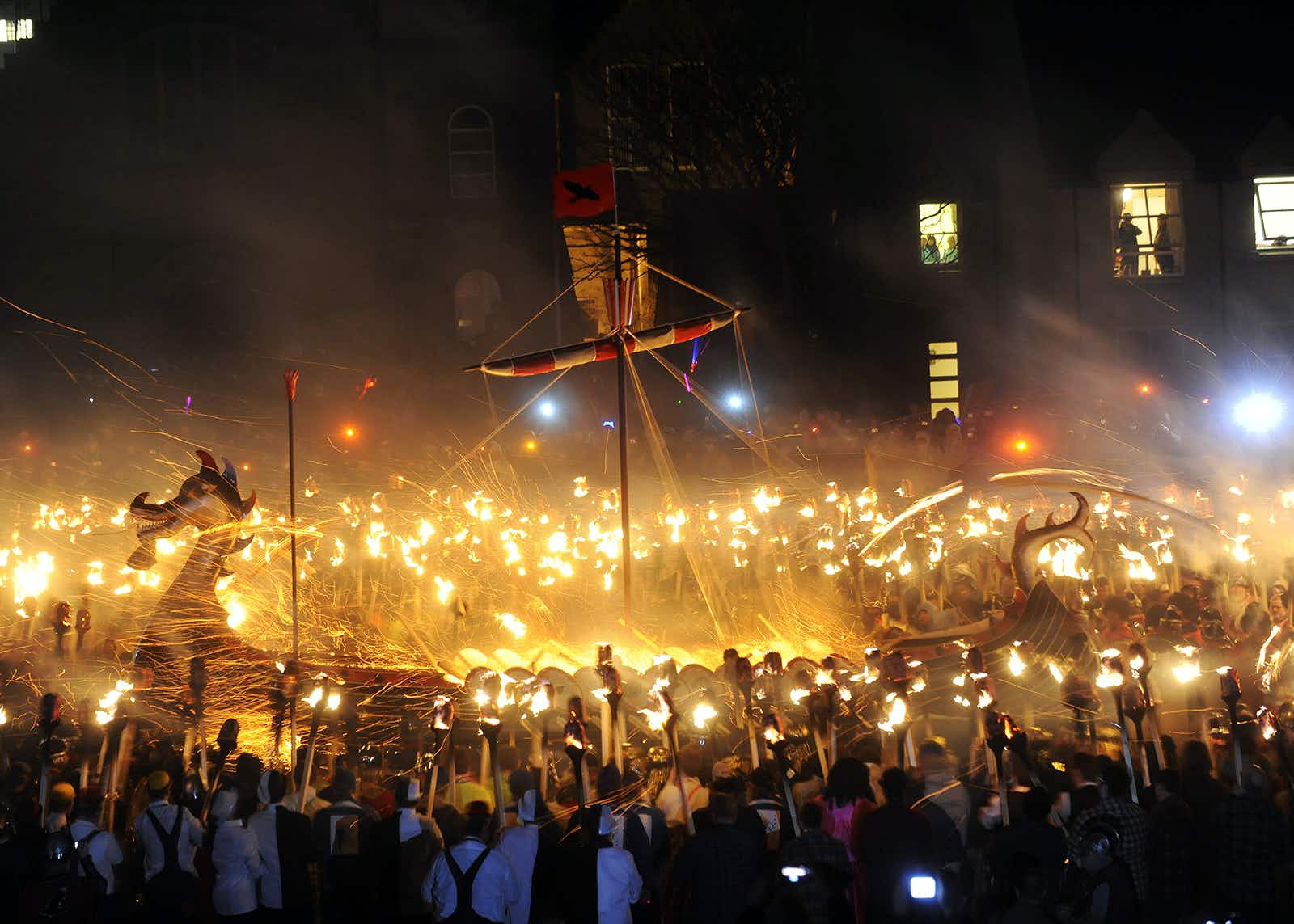