There is no surer way of getting to know a country than by slowly walking its byways and letting its landscapes unfold in front of you. Pilgrims have known for centuries that the longer you walk, the closer your relationship to the land, but it's only in recent years that the vogue for hikes of truly epic proportions has hit the travel scene.

From the Appalachian Trail in the eastern USA to New Zealand's island-spanning Te Araroa Trail, hikers are going big and going long. And now in the Middle East, there's a new opportunity to lace up your boots with the newly opened Jordan Trail.

For many travellers, Jordan has been a destination to visit for its epic history and landscapes, from the hidden ruined city of Petra to the dunes and canyons of Wadi Rum. It's a country with deep history but not perhaps one associated with hiking. The Jordan Trail, an epic 650km route that stretches the entire length of the country, is aiming to challenge that perception.

The trek runs from north to south and is a lesson in the astonishing diversity of Jordan. It begins at Umm Qais, a regional nexus point overlooking Israel and the Palestinian Territories, the Golan Heights and – on a clear day – distant Lebanon. The land here is soft and fertile, and farming villages dot the hills. You leave the roads behind and follow old paths through the forested Ajloun area, where an imposing hilltop castle built to defend the region from Crusaders still dominates the landscape.

Olive groves lead you through mixed Muslim and Christian villages. There's always a surprise over the next hill, from the serpentine lake held back by the King Talal Dam, to Fuheis where you can quench your thirst with a glass of Carakale beer at Jordan's only microbrewery.

As the trail winds further south, the landscape becomes drier and more starkly beautiful. Paths here take you past the Dead Sea and up and down a series of immense canyons that bisect the country. Wadi Mujib is the grandest of all at nearly a kilometre deep, but all are dotted with springs at their bases – ideal for cooling your feet in after a hard day's walking. Paths follow old Roman roads or the ancient King's Highway, traversed by merchants and pilgrims for millennia.

Each hike must have its centrepiece, and for the Jordan Trail it comes two-thirds of the way through the route with the stage from the Dana Biosphere Reserve to Petra. Starting in one of Jordan's best and most scenic nature reserves, it takes four days to wend its way along the little-trodden paths to the country's most iconic sights at Petra. Sometimes dubbed the 'Inca Trail' of the Middle East, it's a truly world-class hike.

The trek starts with impressive views from the curved sandstone cliffs above the reserve and then slowly descends down the long valley of Wadi Dana, taking in rich birdlife and chances to spot the elusive ibex. Today, the land belongs to the Bedouin families that still keep their flocks here. As you camp by the ecolodge at Feynan, celebrated for its innovative community outreach, you can spend time with the local nomads, taking part in a coffee ceremony or even trying your hand at herding sheep.

From Feynan, you hike through rocky desert and narrow gorges to Al Beidha, the site of the Nabatean ruins of Little Petra, where you can still see temples and cisterns cut into the living rock. At the close, you emerge from a dramatic chasm to be rewarded with your first view of Petra's fabled Monastery.

At Petra you'll mingle with the tourist crowds, but the real enchantment of the Jordan Trail is escaping the modern world and listening to the beat of your footsteps a long way from passing traffic. The sound of your progress varies from the crunch of pine needles in the forests of the north, to the whispering sand dunes in Wadi Rum and – finally – the gentle wash of the Red Sea when you finally reach your destination at the Gulf of Aqaba.

In theory, the whole route can be trekked in one continuous 36-day stretch, but those who have completed the entire route suggest that seven weeks is a more practical option, as it allows for more rest days. And why hike past the Dead Sea if you're not going to go for a swim and soothe your muscles with a trip to one of its famous spas?

Of course, not everyone has the time or stamina to walk the entire length of a country, so the Jordan Trail is built of eight distinct legs, each around 80km in length and taking about four to five days to hike.

The Jordan Trail's website is packed with information for planning your hike (whatever the length), with maps, GPS coordinates and accommodation details about each stage from camping to village homestays that have been organised to spread the benefits of tourism into local communities. There's also information about through-hiking as well as contact details for local guiding companies.

If you're thinking of tackling the whole route, the volunteer-run Jordan Trail Association organises an annual through-hike, which takes place in March. It's one of the best months to be outside in Jordan, before the scorching summer, and it's a sociable way to walk, connecting with Jordan's outdoor adventure community.

Tourism in the Middle East has faced a tough ride since the 2011 revolutions, but Jordan – the perennial quiet spot in a noisy neighbourhood – has cannily started to promote itself as an outdoor adventure destination. The Jordan Trail is hoping to play a key role in changing the perception of the country, while proving that sometimes the best tourism experiences can also be some of the slowest ones, involving nothing as complicated or as beautiful as simply placing one foot in front of another and discovering where a new path will take you. 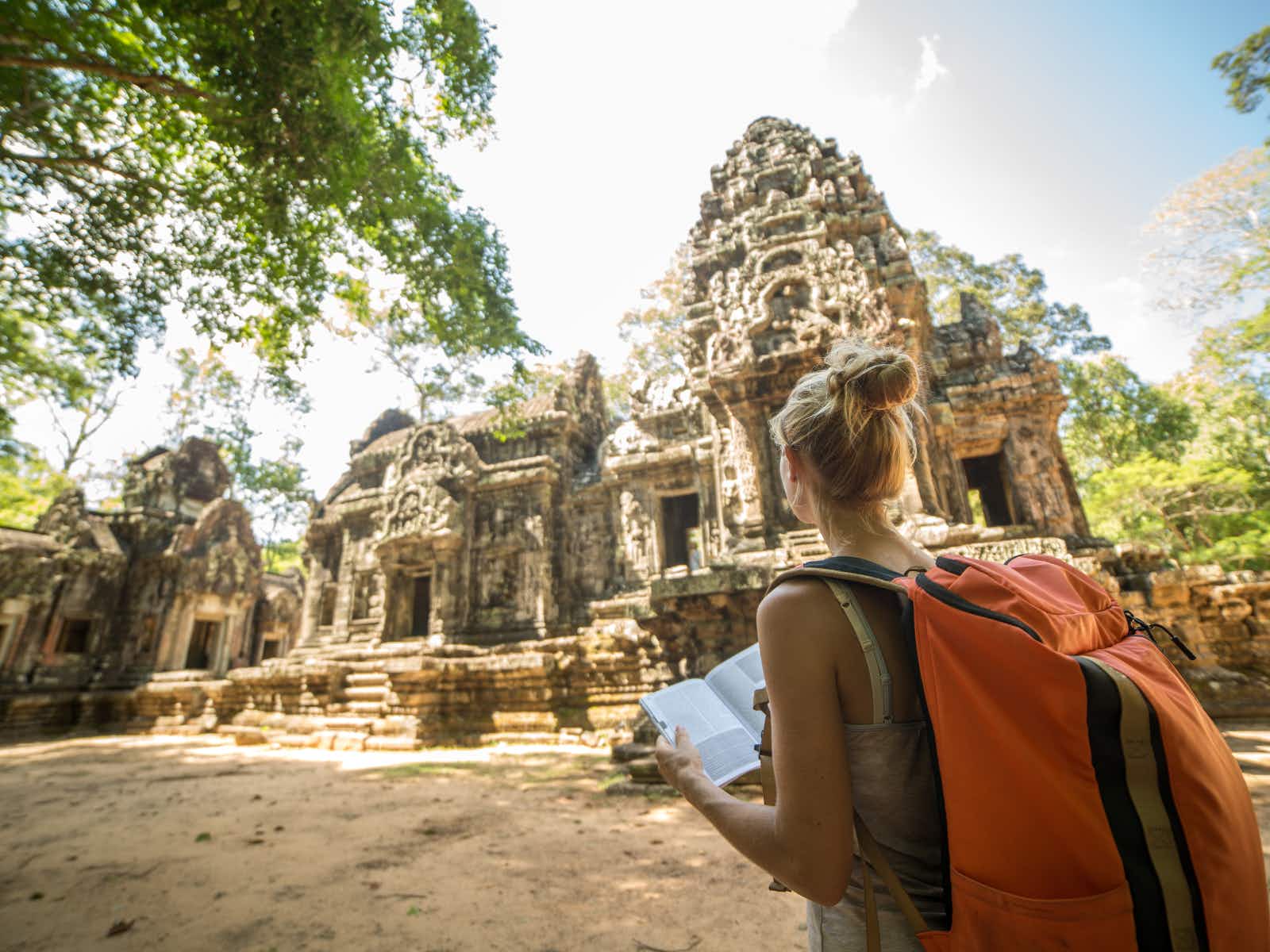 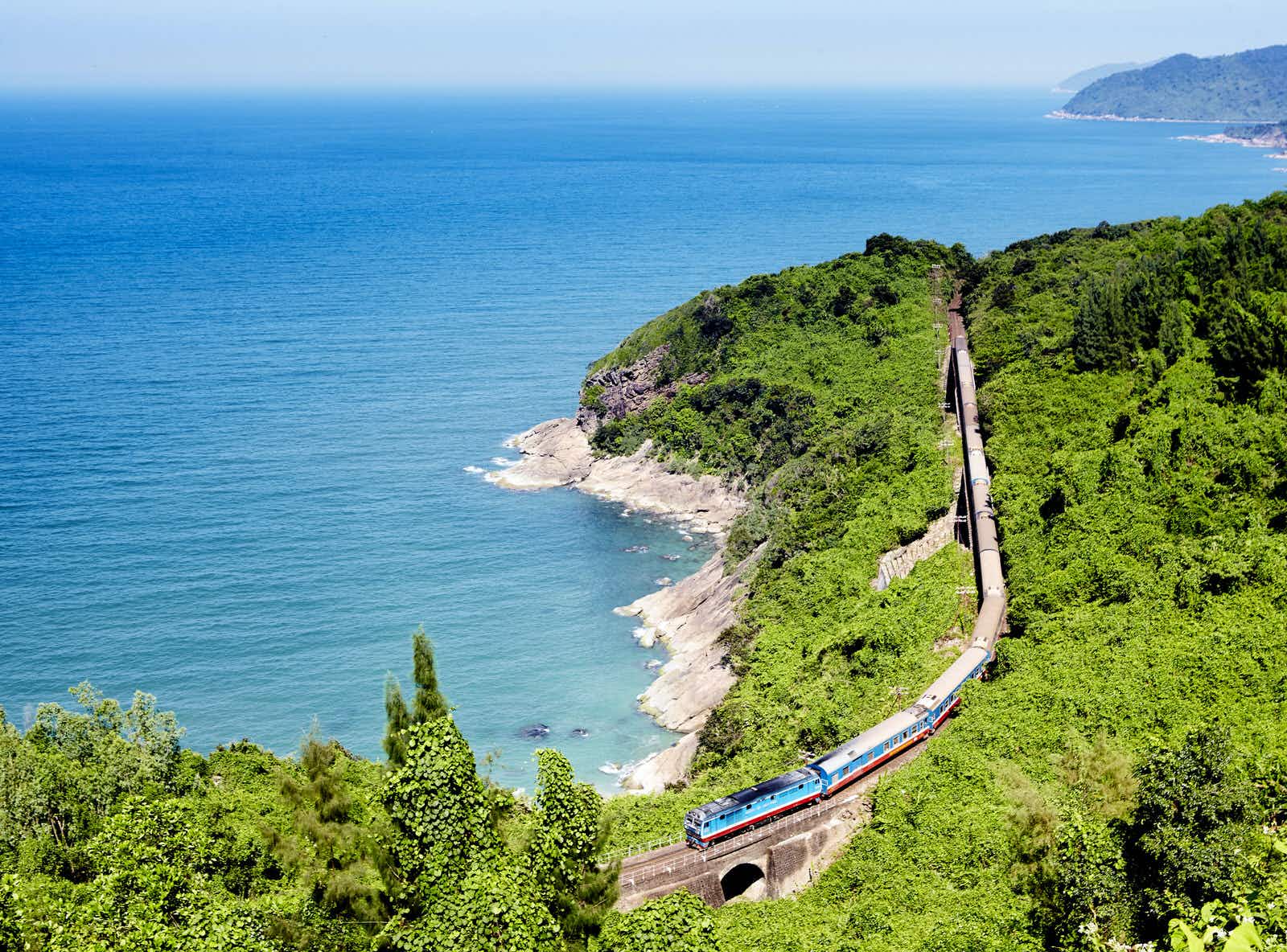 All aboard Vietnam’s Reunification Express