China's capital may be racing towards the future at breakneck speed but sneak behind one of the city's glittering, ultra-modern tower blocks and you find a slice of old Beijing that seems to have been lost in time. Welcome to the hutong; centuries-old, tree-lined alleyways that are the true heartbeat of this unique city and a real-life link to its fascinating past.

While the rest of the city darts around in sharp suits, with a takeaway coffee in one hand and an iPhone in the other, old men sit on wooden stools at the entrance to their hundred-year-old hutong bungalows, drinking beer, playing chess and chewing the fat.

This is where you're less likely to see a taxi and more likely to see market traders cycling along on their squeaky rickshaws calling out their wares.

‘Jee-dan, jee-dan, jee-dan’ (‘eggs, eggs, eggs’), bellows one man in a deep voice that resonates down every nook and cranny of the interconnected alleys. ‘Da-mee... da-mee... da-mee...’ (‘rice... rice... rice...’), another trader calls out methodically as he pulls along a cart carrying huge bags of different types of grain. A third guy, cycling slowly in the searing heat of Beijing's midday sun, strings out two heaven-sent syllables for more than five seconds: ‘Peeeeeeeeee-jyoooooohhhhhh!’ (‘beer!’). Yes, the hutong are where bottles of lager get delivered to your doorstep by a man shouting ‘beer’!

Old, walled courtyard homes are the building blocks of this delightful maze of lanes. More venerable abodes are fronted by thick red doors outside of which perch either a pair of lions or a pair of drum stones. Many more, though, have been converted over the years into a ramshackle collection of cramped, one-storey homes, accessed via the narrowest of winding pathways. Living conditions in these are basic at best - a one-room family-house with a tiny shed-like kitchen-conversion and often no private toilet - but it's this unusual mix of ancient aristocratic architecture and current-day, salt-of-the-earth locals that gives the hutong alleys their unique character.

It's been like this for centuries, of course. The hutong go back almost 800 years and are in fact a Mongol invention. After Genghis Khan's unruly hordes reduced Beijing to rubble, the capital was redesigned with these narrow alleyways crisscrossing the city. By the Qing Dynasty there were 2000 hutong, and by the 1950s that total had almost trebled.

Sadly, rapid modern development has seen their numbers dwindle to just a few hundred in recent years. Sanmiao Jie is a case in point. Up until a couple of years ago this relatively isolated alley, surrounded by high-rise apartments in the western district of Xuanwu, was Beijing's oldest surviving alley, clocking in at a wheezing 900 years old and predating even the Mongol-designed hutong network. In 2009 all its courtyard homes were demolished.

Thankfully, some of Beijing's alleyway architecture is protected these days, with buildings marked by white stone plaques. But for many other hutong, the future of their slow-paced, village-like way of life hangs precariously in the balance.

The best way to experience hutong life is to simply wander around the alleys, either on foot or by bicycle. Good places to start include the alleys around the Drum Tower, those branching off from the newly-gentrified bar-street alley called Nanluogu Xiang and those found directly southwest of Tiananmen Square in an area known as Dashilan. For something more regal, try the imperial hutong courtyards, including those once lived in by royal eunuchs, in the area immediately northeast of Jingshan Park, just north of the Forbidden City. 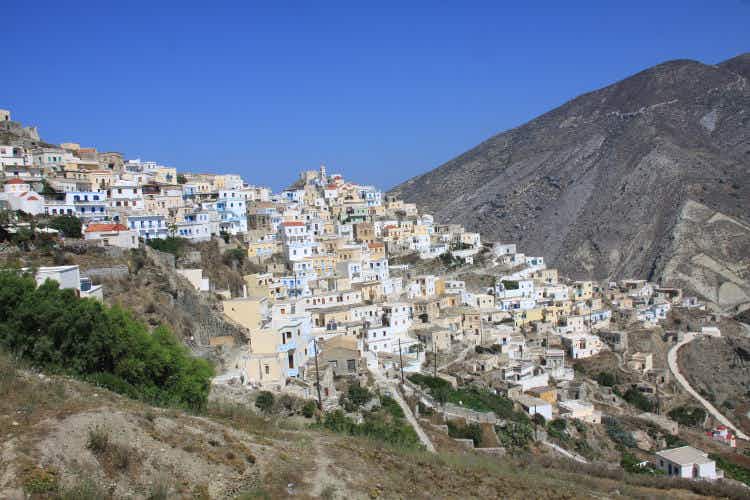 The lost world of Olymbos