Manila’s fast pace and heavy traffic can try anybody’s patience, but there are ways to escape the madness. Whether you prefer sea-based or land-based activities, cultural diversions or adrenaline-pumping adventures, you have plenty to choose from if you’re looking to get out of town for a day. Here are five spots that will make the chaos of the capital seem like a distant memory.

You don’t have to venture far out of Manila for a complete change of scenery. Set in the foothills of the Sierra Madre mountains just 20km from central Manila, Antipolo is an enclave of creativity. The town is awash in quirky little galleries and cool restaurant concepts like Burrow Café. But the highlight is surely the Pinto Art Museum, which features six spacious, semi-open-air, modern-art galleries, a lovely cafe and originally landscaped grounds dotted with contemporary sculptures. Also on the grounds: viewing platforms with spectacular views of the Metro Manila skyline.

East of the museum, near the border of Antipolo and neighbouring Tanay, is the brilliantly conceived Masungi Georeserve. It’s a thrilling two-hour hike and scramble through a karst-studded protected area, navigating a web-like network of rope canopies, bridges and ladders. Contact the reserve well in advance to join a group tour. Outdoor lovers can also check out Mt Purro Nature Reserve, an eco-resort with hiking trails, natural playgrounds, pools, great birdwatching and a restaurant serving organic delicacies sourced from the surrounding forest.

When Mt Pinatubo in central Luzon’s Zambales range blew its top in 1991, the whole world felt the effects. It rained ash in Manila, which lies about 80km south of the volcano, while temperatures dropped across the globe. Locally, the relentless cascade of lahar (volcanic mud) rerouted rivers, inundating entire towns under newly formed lakes.

Today the volcano is interesting both for its historical significance – the eruption hastened the withdrawal of a long-standing American military presence in the Philippines – and for its austere beauty. Touring the volcano involves a two-hour jeep ride from the village of Santa Juliana, followed by a short (15–30 minute) hike up to what is surely one of the most stunning sites in the country: a crater lake nestled amid stark gray massifs, its hue fluctuating between ice blue and emerald green according to the whims of the sun and sky.

Organised day trips to Mt Pinatubo from Manila depart as early as 3am and arrive in Santa Juliana around 6am. They do not let groups up the mountain after 8am or so; be sure to call the Santa Juliana Tourism Council ahead to announce your arrival.

Located in Batangas Province about a 2.5-hour drive south of Manila, Anilao is the birthplace of scuba diving in the Philippines. The area is best known for rich corals and macro (small) organisms – colourful nudibranches, frogfish, cuttlefish, clown fish and mini-shrimps. If small creatures don’t get you excited, don’t worry, larger reef creatures such as parrot fish, barracuda, moray eels, trevally and sea turtles also patrol the area.

Dive resorts are strung out for 13km along a beautiful, sunset-facing stretch of coastline. Some of the best snorkelling and dive sites are right offshore, or you can hire a bangka (Philippine outrigger boat) and head out to dive sites around nearby Maricaban and Sombrero islands. For daytrippers, we recommend Arthur’s Place; it has been around since the advent of scuba diving in Anilao – the late owner was a dive pioneer – and it has some of the best snorkelling on the peninsula out front around ‘Arthur’s Rock.’

Meandering serpent-like along the giant maw of an ancient crater, this breezy Manila suburb offers a blissfully oxygenated escape from the steamy capital. Tagaytay is best known as a giant platform for viewing the unique Taal Volcano, which peeks out of Taal Lake several hundred metres beneath the town’s 15km ridge road. Dozens of eateries along the ridge road are strategically positioned to optimise those million-dollar views.

At 600m above sea level, Tagaytay brims with nurseries and fruit stalls, and is a Mecca for spas, detox centre and delightful garden restaurants like Antonio’s. Activities such as horse-riding and ziplining will keep the kids happy, or you can descend to Taal Lake, hop in a boat and zip out to ‘Volcano Island’ to hike up teeny-weenie but still quite active Taal Volcano. The climb only takes 45 minutes, or you can ride up on a pony. Warning: it’s a hot, dusty ascent. Try later in the day when the crowds have dissipated.

Clark Freeport and around

This former US military air base two hours north of Manila is now a recreational ‘freeport’ full of family-friendly theme parks, duty-free shops and restaurants. For splashy fun, head to Aqua Planet, a giant water park with scores of slides and a wave pool (keep in mind it gets busy on weekends). Golf, casinos, spas and museums are other attractions in the freeport.

Beyond the freeport, the mountains of surrounding Pampanga Province are a playground for adrenaline junkies. Driving up from Manila, you can’t miss craggy-topped Mt Arayat (1026m), centrepiece of Mt Arayat National Park, looming to the east. You can climb this extinct volcano in a half day, starting at the park office San Juan Baño, where there are also hot springs and swimming pools. Or skip the climb and head to the Angeles Flying Club, where 30-minute tandem flights in an ultralight cost about £47GPB and soar right over Mt Arayat.

Back in the freeport, budget a few hours to try wakeboarding at the Decawake Clark. There’s a beginner’s area, or you can test your mettle on the main oval. Pampanga is the Philippines’ food capital so definitely enjoy an authentic Kampampangan meal at Matam-ih Restaurant before heading back to Manila.

Lonely Planet has produced this article for Qatar Airways. All editorial views are those of Lonely Planet alone and reflect our policy of editorial independence and impartiality. 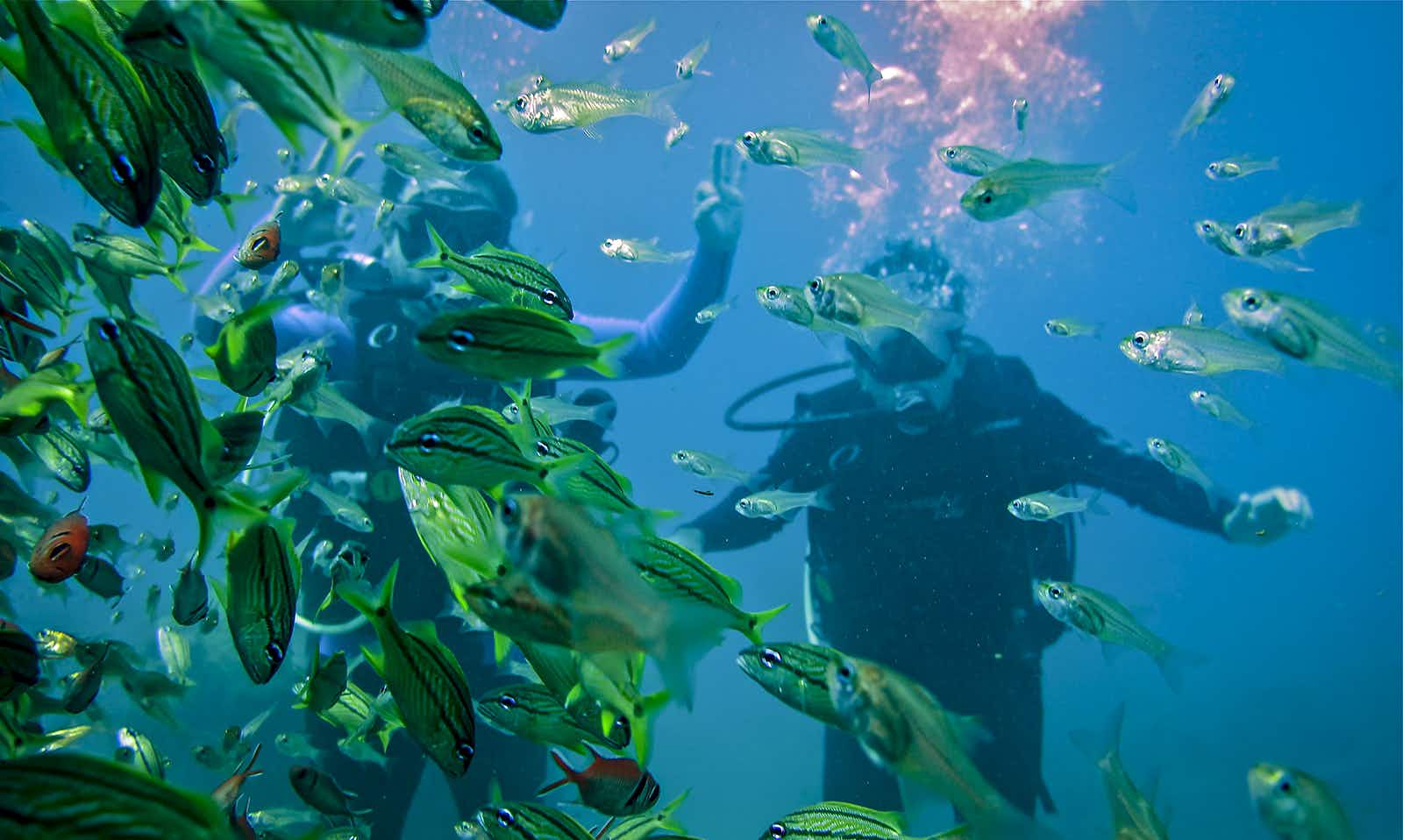 Scenic and wild: the best day trips from Santa Marta… 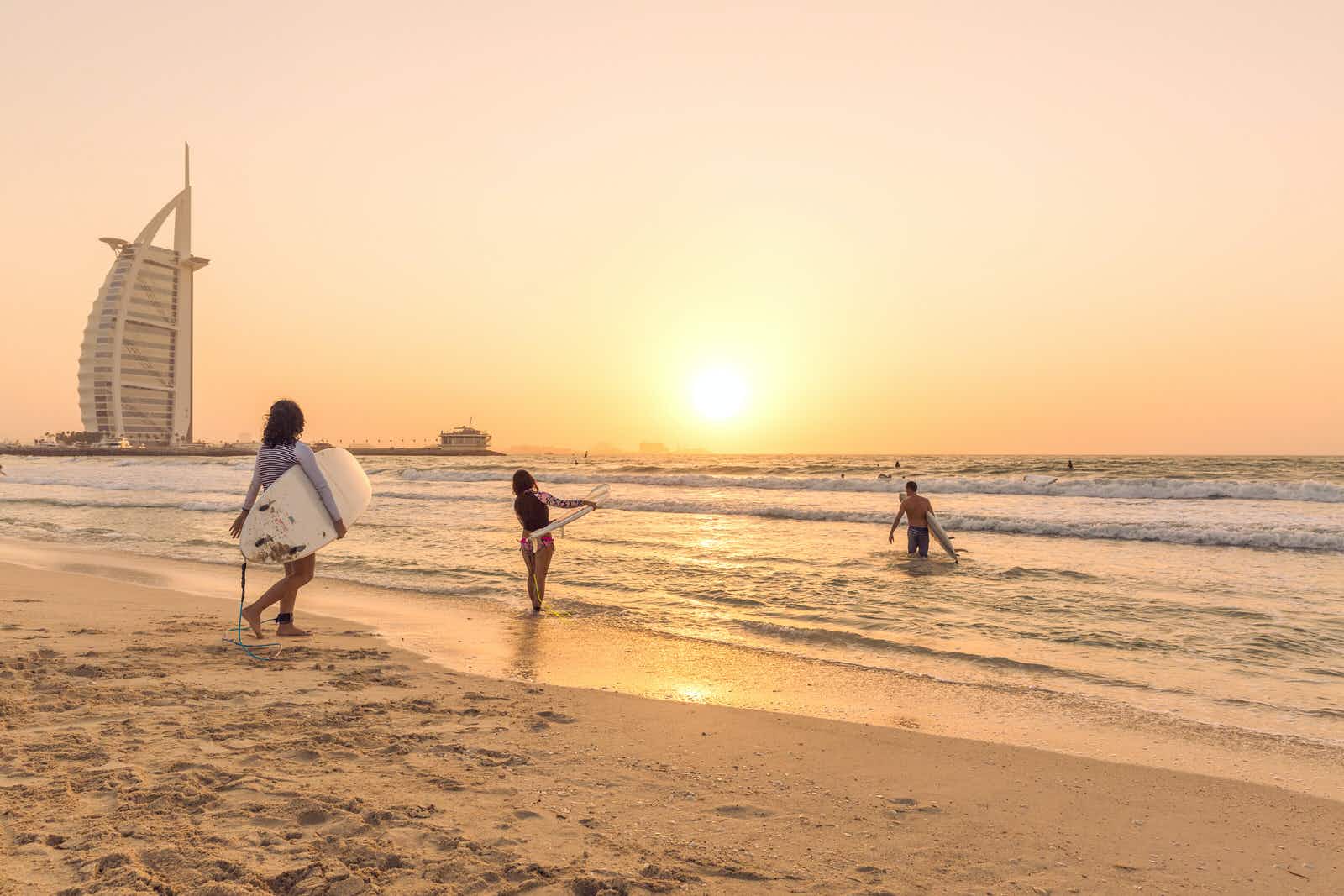