As Prince Harry comes off the market, discover the countries that still have eligible royals

Hopes might have been torn by Prince Harry’s impending marriage to actress Meghan Markle next weekend in Windsor Castle, England, but for those who would like to partner up with a member of royalty, there are still some eligible princes and princesses left and here is where you can seek them out...

Prince Joachim of Belgium is an officer of the Belgian Navy. Image by Mark Renders/Getty Images

Currently ninth-in-line to the Belgian throne, Prince Joachim of Belgium, Archduke of Austria-Este can be regarded as an international man of mystery. The 26-year-old keeps a low profile and is only rarely seen in public at royal events. When he attended his older brother Prince Amedeo’s wedding in 2014, his date was his sister Princess Maria Laura, and there has been no suggestion of a steady significant other. The Archduke studied in England, and went to nautical school to become an officer in the Belgian Navy and also has a degree in international economics, management and finance from Bocconi University in Milan - he has both smarts and sailing skills.

The royal palaces of Laeken and Brussels are the two buildings which house the official activities of the Belgian royal family. Image by Olivier Polet/Corbis via Getty Images

The Royal Palace of Brussels is located in the centre of the city and it’s where affairs of state are handled. Open to the public free-of-charge from 22 July to 3 September, a tour of the Palace takes in some stunning galleries and chambers including the Mirror Room with its ‘Heaven of Delight’, where the ceiling and three chandeliers are covered with a million-and-a-half jewel beetles. There’s also the Pilaster room, featuring furniture which was used by Napoleon Bonaparte and Josephine de Beauharnais. As to the likelihood of encountering Price Joachim here, unfortunately the royal family’s actual residence is the Castle of Laeken 5km outside of the city which is off-limits to mere commoners.

Although only 23 years-of-age, Crown Prince Hussein, who is a 42nd generation direct descendant of Muhammad has an impressive CV. The son of King Abdullah II and Queen Rania of Jordan, he has a degree in international history and became the youngest person to chair a UN Security Council session at the age of 21. After graduating from the Royal Military Academy Sandhurst last year, he currently serves as a second lieutenant in the Jordanian Armed Forces. If you’d like to get to know him better, check out his Instagram account which has 1.3 million followers and where he demonstrates his love of football, rock climbing and his family.

The royal residential complex, Al-Maquar, in Amman, Jordan covers 40 hectares and construction first began on it in the 1920s when the Jordanian monarchy was established. It encompasses several palaces but unless you’re fellow royalty or a visiting head of state, it’s unlikely that you’ll be issued an invite to visit. That’s not to say you can’t have a royal experience while visiting Jordan. Petra, which was rediscovered in the 1800s after being hidden for hundreds of years, is one of the country’s most notable tourist attractions. Here, you can visit Al Kazneh, which was a royal tomb and allegedly where pirates hid their treasure. Take the Desert Highway out of Amman and you will see a castle approximately every ten miles, a couple of which can be visited. Jordan’s desert castles include Qasr Kharana which was built in 710 CE; Qasr Amra or the Little Castle, which dates from 711 and features baths and frescoes and Qasr Al Azraq, built in the fourth century by the Romans and the fort used by Lawrence of Arabia during World War I .

Princess Sirivannavari Nariratana of Thailand attends the Balmain show as part of the Paris Fashion Week in September, 2017 in Paris, France. Image by Edward Berthelot/Getty Images

The only daughter of the King of Thailand, Crown Princess Sirivannavari inhabits an unspeakably glamorous world. Besides her royal lineage she is also a well-respected fashion designer and was previously invited by French couturier Pierre Balmain to present a fashion show at Paris Fashion week. The 31-year-old is as sporty as she is creative and has represented Thailand in badminton, winning gold at the South East Asian games in 2005. She also has an island named Sirivannavari after herself, and at her own decree.

Where to find her:

The Grand Palace of Thailand in Bangkok. Image by ©cowardlion/Shutterstock

There are 19 royal palaces in Thailand, some official residences of the king and others used by the king and other members of the royal family. First port of call should be the Grand Palace Bangkok which has not been used a royal residence since the turn of the century but which is regarded as the spiritual heart of the kingdom. The country’s mint, state departments and war ministry was based here and while entrance is free, a strict dress code must be adhered to in order to gain admittance. The king’s official residence is in the Dusit Palace complex in Bangkok, which encompasses 13 different royal residences. Amphorn Sathan Residential Hall  is King Maha Vajiralongkorn primary residence and while you’re here Vimanmek Mansion, the oldest residential building in the complex and said to be the largest golden teak building in the world and now a museum; as well as Abhisek Dusit Throne Hall which is home to the Thai Handicrafts Museum are both worth exploring. Just 60 kilometres north of Bangkok, you’ll find the king’s summer palace, Bang Pa In. The original complex dates back to the 17th century and the beautiful gardens surrounding a huge ornamental pond with iconic buildings make it a worthwhile stop on the way to Ayutthaya, once the largest city in the world and razed to the ground in 1767.

Prince Wenzeslaus of Liechtenstein with his mother Princess Isabelle at the wedding of Prince Felix of Luxembourg. Image by Pascal Le Segretain/Getty Images

Not only does Prince Wenzeslaus of Liechtenstein have a great name but he belongs to what is considered to be one of Europe’s richest monarchies and he’s single. Granted he’s only 12th-in-line to the throne but this arguably leaves him with more free time than a reigning monarch. It’s not beyond the realms of possibility that he will date a non-royal as his former girlfriend is supermodel Adriana Lima. He has a finance degree from University of Paris Dauphine and previously worked at firms including General Electric and Goldman Sachs. Currently, he is chief executive officer at global investment management firm Dalton Strategic Partnership. There’s another tenuous royal connection here as J.J. Jardine-Patterson, former boyfriend of Pippa Middleton, the Duchess of Cambridge’s sister, also works for the company.

Should you decide to visit Prince Wenzeslaus’ tiny principality, make sure your trip takes in the date of 15 August. This is when Staatsfeiertag the national holiday is celebrated with an official reception at Vaduz Castle, the official residence of the royal family. Celebratory speeches take place in the castle gardens, which are not normally open to the public and all are invited to partake of a drink. Afterwards, the town of Vaduz hosts a party and fun fair and there is free entry to official museums. The evening finishes on a high note with a torch-lit processions and a fireworks display.

Sixth-in-line to the throne, Prince Sébastien is another Sandhurst graduate and he currently serves as a platoon commander in the 1st Bn Irish Guards, a regiment of the British Army. A keen sportsperson, he climbs, skis, swims and play rugby and he can converse in a number of European languages - as well as French, German, Luxembourgish and English, he also knows some Spanish so there will be no language barrier here. The 26-year-old, whose other titles are Prince of Nassau and Prince of Bourbon-Parma calls Luxembourg City home.

The Grand-Ducal Palace in Luxembourg City. Image by Mahaux Charles/AGF/UIG via Getty Images

Visitors can avail of guided tours of the Grand Ducal Palace home of the royal family in Luxembourg City during the months of July and August. Considered to be one of the capital’s main attractions, the building was constructed between 1572 and 1574 as a town hall and subsequently became the seat of government. Since 1890 it’s been the residence of the sovereign and was restored in 1995; income from the tours is donated to the Grand Duke Henri and Grand Duchess Maria Teresa Foundation, which supports people with specific needs to help them integrate into society. During the summer months, visitors can also observe the changing of the guard in front of the Palace.

His Highness Prince Nikolai of Denmark, also known as the Count of Monpezat is the eldest son of Prince Joachim and his first wife, Alexandra, Countess of Fredericksborg. Seventh-in-line to the Danish throne, the 18-year-old was educated in Copenhagen and if you want to make sure you’re on the same wavelength as him, be aware that he has confessed to a love of deep house music. Noble lineage aside, he also possesses undoubtedly good looks, as Scoop Models clearly agree having signed him up to their books. The teenager took to the catwalk during London Fashion Weekend earlier this year and walked in the Burberry show alongside Cara Delevingne.

Denmark is home to some beautiful palaces that are must-visits for anyone interested in royal life. Kronborg Castle (in the town of Helsingør is a dedicated Unesco site and the setting for Shakespeare’s Hamlet. Rosenborg in the capital Copenhagen was originally built as a summer home and houses the Danish crown jewels as well as magnificent gardens. Also in Copenhagen is Amalienborg Palace, famous for its Royal Guards and where Crown Prince Frederik, his Australian-born wife Princess Mary and their four children reside. 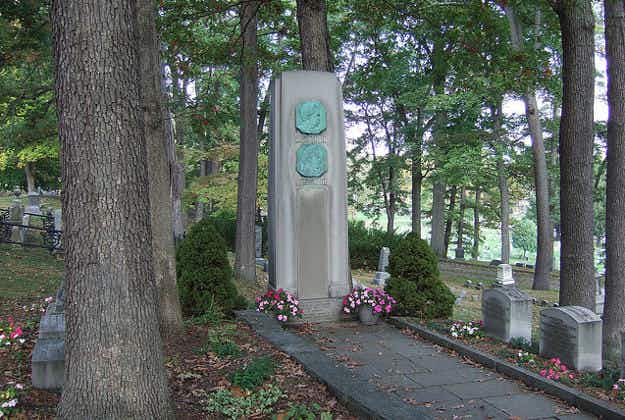