China’s Buddhist caves: the enduring art of the Silk Road

The Silk Road is well-known as being one of the world’s earliest trade routes, allowing the exchange of goods between China and Europe, via Central Asia. And it was along the Silk Road that Buddhism began spreading into China from India as early as the first century AD. With it came the idea of constructing temples and holy sites by hollowing out rock faces: Buddhist caves and mural art spread across China in this way.

Hundreds of these magnificent cave art sites, or grottoes, still dot mountainsides and rock faces across China, housing impressive sculptures and vivid murals that are thousands of years old. Not only are these sites evidence of their creators’ dedication to their faith, they also offer a fascinating glimpse into the multicultural society that thrived for a thousand years along the once mighty Silk Road trade route that connected east and west.

Stories of the Silk Road

China’s Buddhist caves were often chosen for their scenic beauty, sometimes by travelling monks who had had visions at a particular spot or who were attracted by its spiritual aura. Within the excavated caves, which would take years to hollow out, monks and other followers would carve thousands of Buddhas, bodhisattvas (spiritual beings on the path to becoming Buddhas), apsaras (heavenly nymphs) and celestial musicians. These would be painted and highlighted in explosions of colour made from precious materials like lapis lazuli, indigo and real gold traded along the Silk Road. Alongside these heavenly beings, however, more down to earth details were also depicted – Central Asian merchants, Indian monks in white robes and Chinese peasants working in the fields. These portraits of average travellers from bygone times have sat quietly in grottoes throughout western China, preserved for generations to come.

Many Buddhist caves in China became the focus of worship and meditation not only for the communities of monks who would reside there, but also for visiting pilgrims and traders. Indeed, many of the temples and holy sites on the Silk Road were used by merchants as banks or warehouses. They would be centres of religious practice and cultural exchange, as well as valued stop-off points on the long, dangerous routes through central China. Over the years, more and more cave sites, stretching further away from the Silk Road and deeper into China, would be excavated and decorated, matching closely the spread and acceptance of Buddhism across the country and showing an incredible development and change in artistic style as they moved.

As the millennia passed, however, and trade along the Silk Road lessened (thanks to increased sea transportation), many of the caves were abandoned or fell into disrepair. Others were destroyed as cultural shifts in China meant that different religions and new ways of worship came to dominate certain parts of the country. Many Silk Road caves were looted for their treasures or cast from the cultural consciousness, becoming buried by the desert sands from which they were carved. It wasn’t until the 19th century that the caves began to be opened up again, as explorers and archaeologists from China and around the world started to rediscover their hidden treasures.

The enduring Buddhist caves in China are mainly scattered throughout the far west, mainly in Xinjiang, Gansu and the Yellow and Yangzi River regions. Many are listed as UNESCO World Heritage Sites, housing unique sculptures and murals in varying states of preservation.

What connects them all is their important place in the story of Buddhism and multiculturalism in China. They are among the world’s greatest monuments to faith and the way in which humans always have, and continue to, share and transmit new ideas.

There are many grottoes and cave art sites across the country that are open to the public. Here are our choices of some of the most interesting Buddhist caves in China.

Hewn into eastern slope of the evocatively named Rattling Sand Mountain near Dunhuang in Gansu province, the Mogao Grottoes are one of the most important collections of Buddhist art in the world. Situated at a strategic point along the Silk Road, at a crossroads of trade as well as religious, cultural and intellectual influences, the grottoes first began being carved in 366 AD by a monk named Yue Seng. The artwork here reached its creative peak during the Tang dynasty (618–907), when the area housed 18 monasteries, more than 1400 monks and nuns, and countless artists, translators and calligraphers.

Nowadays, around 500 cave cells and sanctuaries survive and are prized for the statues and wall paintings, spanning 1,000 years of Buddhist art, preserved within. Protected under UNESCO World Heritage status, the caves at Mogao show the evolution of religious art along this part of the Silk Road, and provide a literal vivid picture of medieval politics, economics, culture, arts, religion, ethnic relations and daily dress in western China.

Accessible mainly by boat, and hidden in an arid gorge formed by the Yellow River, Bingling Si in Gansu province certainly wins the prize for most spectacular location. The site's desert isolation not only provides an adventurous journey to reach it, but it also means it is one of the few Buddhist cave sites to have survived the ravages of time and human interference relatively intact.

Over a period of 1600 years, starting from around 420 AD, daring sculptors dangled from ropes to carve almost 200 niches and 700 sculptures into the steep canyon walls. Their sculptures show differing cultural and physical features, with the earliest carved with clear Indian influence. The most spectacular sculpture here is the 27m-high seated statue of Maitreya, the future Buddha, but some of the smaller bodhisattvas and guardians are equally impressive in their tiny detailing. It’s a challenge to find the smallest one, which measures just 25 centimetres in height!

The Kizil Thousand Buddha Caves in the far western Xinjiang Uyghur Autonomous Region are believed to be the earliest Buddhist cave complex in China. They were started in the 3rd century BC and reached their height between the 5th and 13th centuries, when Buddhism was the dominant faith in the area.

While not many of the caves are open to the public, those that are contain colourful murals depicting a variety of religious themes, ranging from the life of the Buddha to stories about the nature of karma. Many of these are painted in the shocking blue tinge of lapis lazuli, a semi-precious rock prized for its intense colour – one of the most precious commodities traded on the Silk Road at that time. What’s particularly interesting about the murals here is that most lack any clear Chinese influence in their style. The presence of Afghan, Persian and Indian elements in the murals indicate that they were produced at an early date by western travellers passing just passing through.

The 51,000 statues and carvings in the 5th-century Yungang Caves, in Shanxi province, are simply magnificent. They were predominately carved during the Northern Wei dynasty (386-534), when nearby Datong was the capital of the Turkic-speaking Tuoba clan that ruled China. The dynasty was one of the earliest in Chinese history to adopt Buddhism as their state religion and many of the caves at Yungang were constructed under the supervision and support of the imperial court.

The sculptors here drew inspiration from Indian, Persian and even Greek influences to create their masterpieces. Despite the centuries that have passed since their creation, many of the statues and frescoes at Yungang still retain their gloriously vivid colours. Beautifully painted images of animals, birds and angels fill the walls, while almost every cave contains depictions of tiny Buddhas seated in niches, also known as the ‘1000-Buddha motif’.

The grottoes at Longmen, located a few kilometres south of Luoyang in Henan province, were started in around 494 AD, after the capital was moved from Datong. As well as being some of the most beautiful representations of ancient Chinese stone art, the statues and inscriptions within the caves provide a window into the political, cultural and artistic environments of that early time. Many of the statues in the oldest grottoes were commissioned by the royal court as a way to honour their ancestors.

The grottoes were maintained and developed over a period of around 200 years, reaching their zenith in 675 AD with the completion of the extraordinary Fengxiansi Cave. It’s an awe-inspiring experience to gaze up at the cave’s colossal statue of Vairocana Buddha, flanked on one side by disciples and bodhisattvas, and by heavenly kings and guardians on the other. The face of the Buddha is said to have been modelled on Tang empress and Buddhist patron Wu Zetian, the first empress regnant in China, who funded its carving.

Another series of grottoes set into a cliff face so steep you genuinely wonder how they were carved in the first place, Maijishan has over 221 caves and niches that hold around 7800 sculptures. A series of vertiginous scaffolding walkways and stairwells connects visitors up and around the site, to peer into tiny caves for glimpses at Buddhas and bodhisattvas, some dating all the way back to the 4th century AD. The site was continually added to as trade through the region brought visitors – he towering 15.7m Buddha flanked by two bodhisattvas carved into the cliffside was added a little 'later' during the Sui dynasty (581–618). During the 1980s, restoration works on the site revealed a treasure folded away within the Buddha's fan: a handwritten copy of the Sutra of Golden Light. 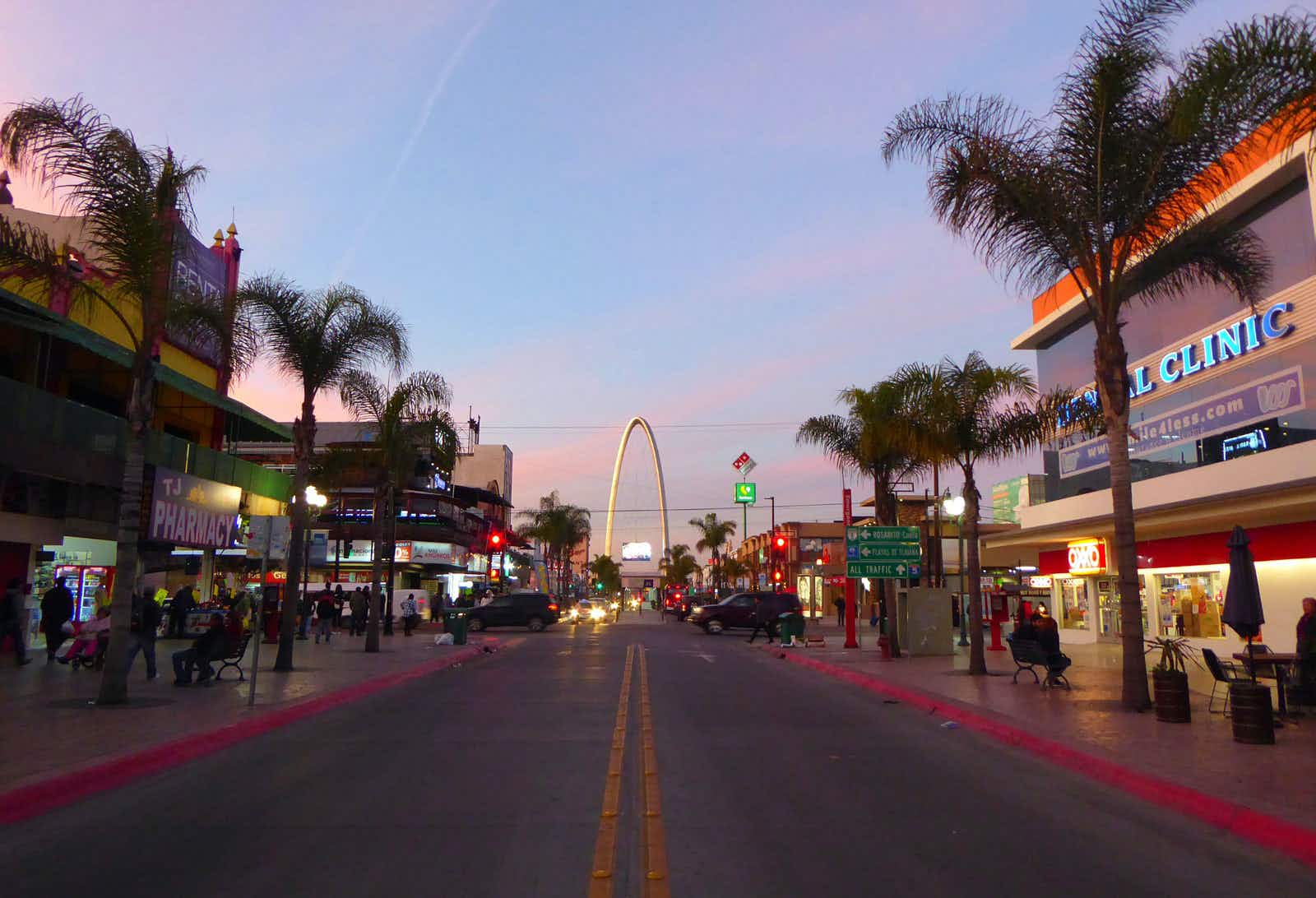 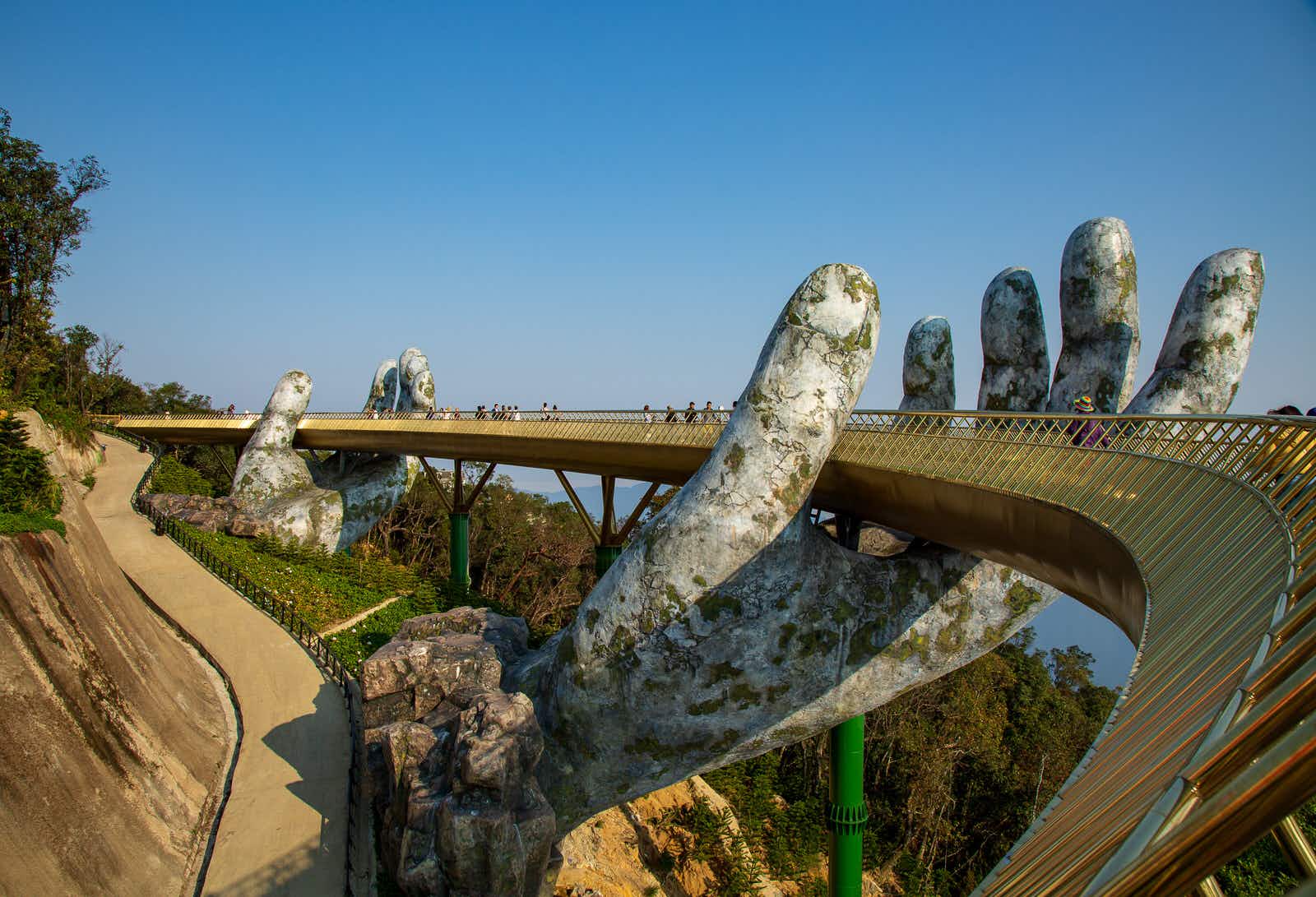 Two days in Danang: from the Golden Bridge to the…