Taste the tropics with these make-at-home Caribbean cocktails

When one thinks of the Caribbean, white sandy beaches, turquoise seas and delicious tropical drinks with those little umbrellas come to mind. But no island in the Caribbean is alike and the same idea goes for their signature cocktails.

Concocted with local ingredients and spirits, these libations are not only refreshing to drink but also highlight the history and culture of these islands. Here are seven traditional Caribbean cocktails that will have you drinking like a local on your next Caribbean adventure.

The national drink of Puerto Rico since 1978 and cemented into pop culture thanks in part to the song “Escape" by Rupert Holmes. The Piña Colada is no doubt the most famous cocktail of the Caribbean, but the identity of the bartender and bar that invented the iconic cocktail remains a mystery. Some say the drink was created at the Caribe Hilton in 1954 by bartender Ramon “Monchito” Marrero, while other bartenders have laid claim to creating the creamy drink.

Gully Wash is the unofficial drink of the Bahamas and usually served at house parties, BBQ’s and local bars. It’s made with coconut water, sweetened condensed milk and gin, which is strange for an island that’s known for its rum. But this Caribbean drink is popular among the locals because the ingredients are accessible, cheap and easy to make.

Related article: Festive drinks from around the world

Mama Juana or Mamajuana is a medicinal elixir from the Dominican Republic made by combining rum, red wine and honey and then soaked with tree bark and herbs. Invented in the 1950s by Jesus Rodriguez, this drink was sold as herbal medicine and aphrodisiac.

It became popular all over the island as people made their versions of this drink and sold it on the streets. The homemade version of Mama Juana was outlawed during the dictatorship of Rafael Trujillo so he could control the production and only those with a certified medical license could make Mama Juana. The ban didn’t stop the love for the brew that's the national drink of the island.

A handful of seasoned Mama Juana bark
16 oz dark rum (preferably Dominican)
8.5 oz red wine
4-10 tsp of honey
Combine all the ingredients in a jar and store for several days

The Antiguan Smile is a fruity tropical drink shaped by two key local ingredients – Cavalier Rum from the Antigua Distillery and black pineapples, the signature fruit of the island. Be careful, this cocktail packs a punch.

2 oz of rum (Cavalier if possible, another clear rum if not)
1 oz of crème de banana
4 oz of pineapple juice
Shake all ingredients together, pour over ice and garnish with a slice of pineapple

Created by bartender Juan “Jocky” Tromp at the Hilton Aruba in 1963, the Aruba Ariba’s main ingredient is Coecoei, a sweet red liquor made from an agave plant and later mixed with rum and cane sugar. The popular spirit can only be found on the island.

Ti Punch, Martinique’s national cocktail, is a simple drink made with just three key ingredients. Ti Punch is short for little punch and can only be made with Rhum Agricole, the island’s native spirit. The potent drink is best enjoyed before a meal.

More than just a rum and coke, Cuba Libre’s origin is associated with the United States’ involvement during the Spanish–American War when they helped Cuba gain its independence from Spain. According to legend, this drink’s name came from the slogan of the Cuban independence movement  “Cuba Libre” (Free Cuba).

2 oz. Bacardi rum
2 lime wedges
Coca-Cola
Fill a highball glass with ice. Squeeze limes into the glass and toss them in too. Add the rum top with chilled cola (bottled is preferable) and stir 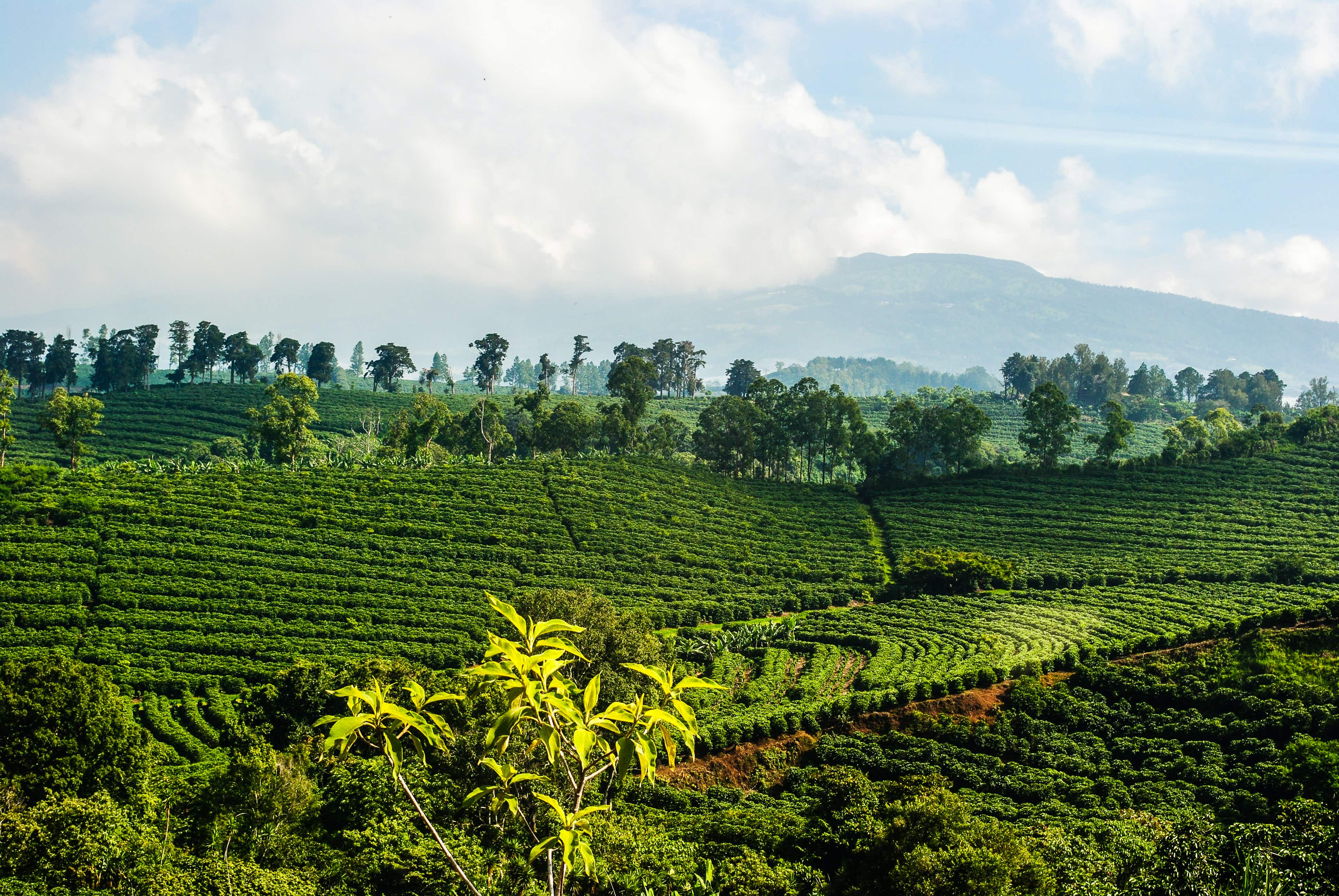 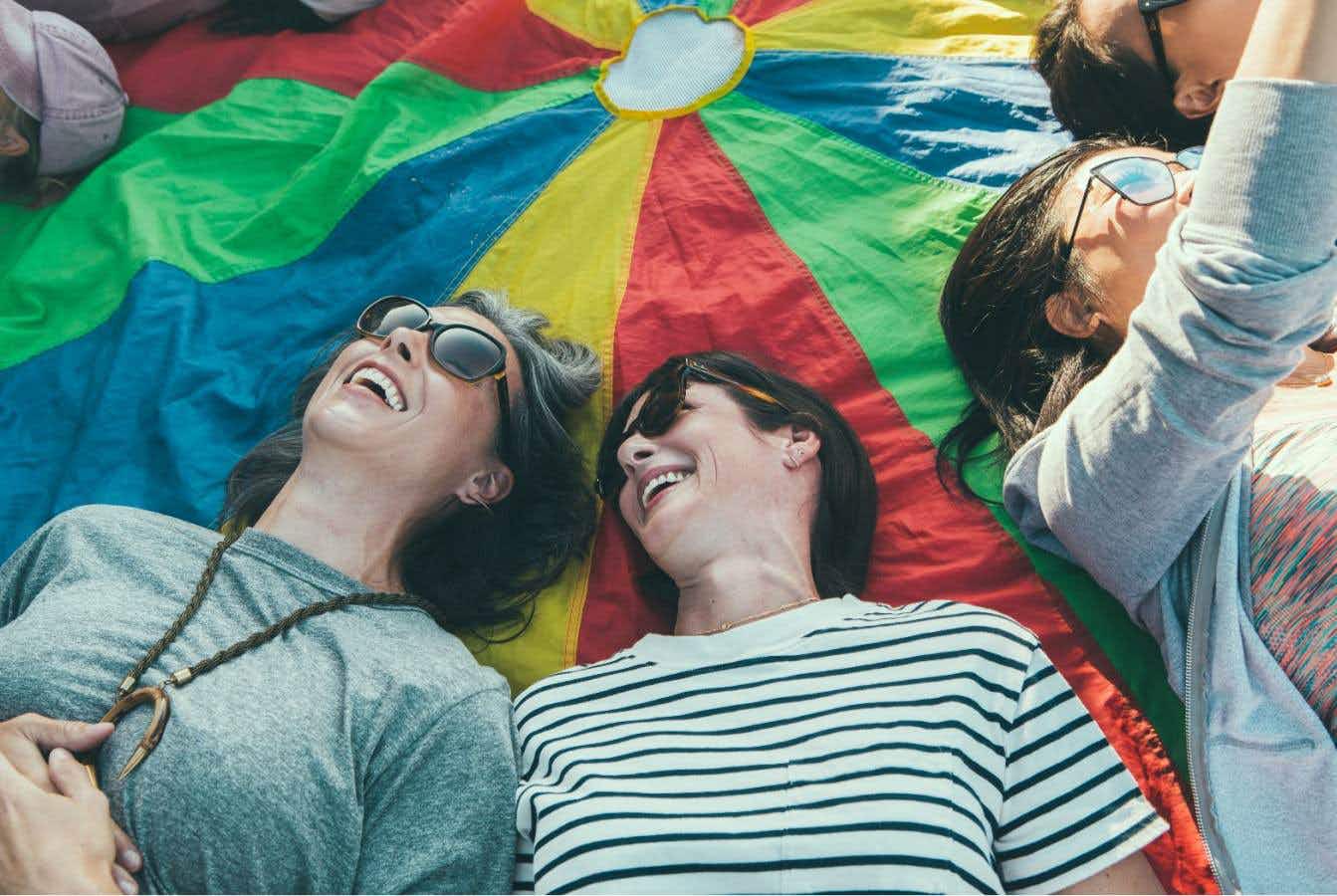 Trying out laughter yoga in California, a whimsical wellness trend…