For wildlife spotters, it's the score of a lifetime: a creamy white kermode bear roaming its home in the Great Bear Rainforest in British Columbia. Not a polar bear, but an offshoot of the black bear, there are only about 400 kermodes (which can stand up to six feet tall) in the wild; and only one in 10 have the gene which gives them a coat the color of frothy cappuccino foam. 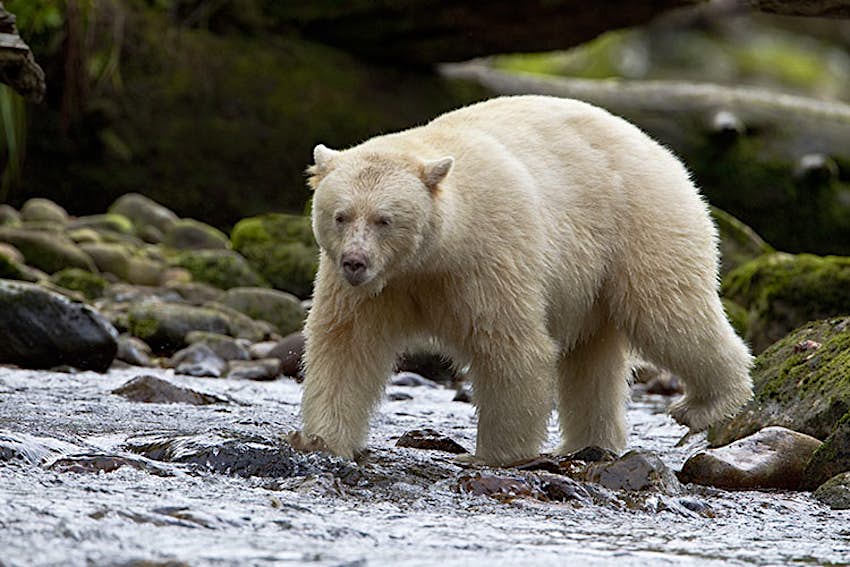 Kermode bears are but one of dozens of wildlife species found in this vast coastal forest in BC. One of the last remaining places like it on Earth, the Great Bear Rainforest is a wild and remote region of islands, fjords and towering peaks, stretching south from Alaska along the BC coast, past Haida Gwaii to roughly Campbell River on Vancouver Island (which isn't part of the forest). Covering 32,000 sq km, this is the last major tract of coastal temperate rainforest left anywhere.

With huge stands of ancient old-growth timber, the Great Bear Rainforest is a wonderland of wildlife. Deer, cougars, mountain goats, wolves, elk and more prowl the forests. Bald eagles and countless other species fly across the skies and perch in the enormous trees. In the cold, clear waters of the craggy coasts and myriad inlets, orcas, humpback whales, sea lions and sea otters are just some of the sea-going mammals that feast on the rich bounty of the Great Bear. 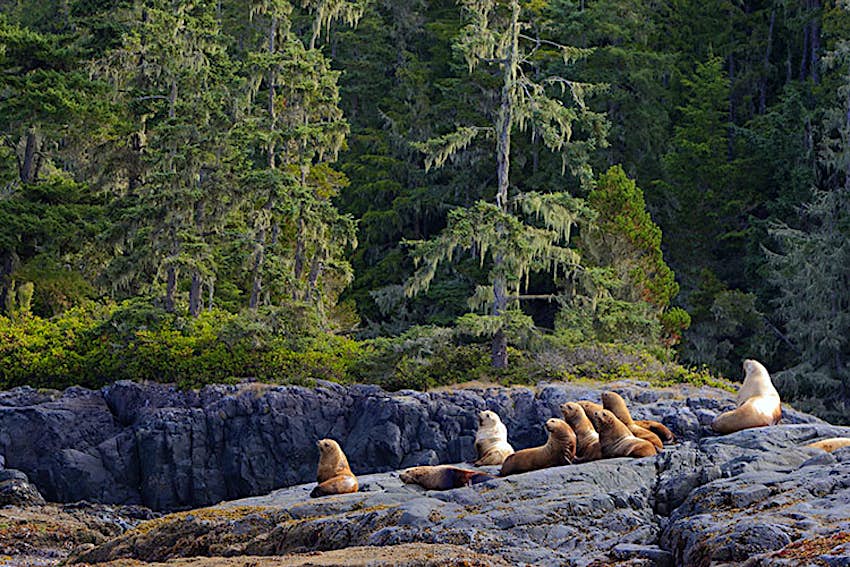 But it's in the streams where you find the region's greatest abundance. Some of the world's last great salmon runs fill the glacier-fed waters every year with millions of silvery fish returning home to spawn. Swimming on rivers lined with old Sitka spruce, Pacific silver fir and various cedars that are often 100m tall and 1500 years old, the salmon are the lifeblood of the forest and the creatures that call it home. The bears (huge grizzlies, blacks and kermodes) gorge themselves in the rushing waters every summer in stunning displays of primeval forces of nature.

Scattered in pockets across the Great Bear Rainforest are isolated First Nations villages, which continue ways of life passed down through generations of people who honor the land and sea for their life-giving abundance and deep spiritual connections. The creamy white kermode bears are also known as 'spirit bears', and according to First Nations legend, the raven turned them white to show people the earth's purity during the ice age.

The valley and surrounds

Witnessing the grandeur of the Great Bear defines adventure. You can get right to the heart of the forest in the Bella Coola Valley. This glacier-lined cleave in the landscape stretches from the dry expanses of BC's Chilcotin for some 53km to the shores of the North Bentinck Arm, a deep, glacier-fed fjord that runs 40km inland from the Pacific Ocean. 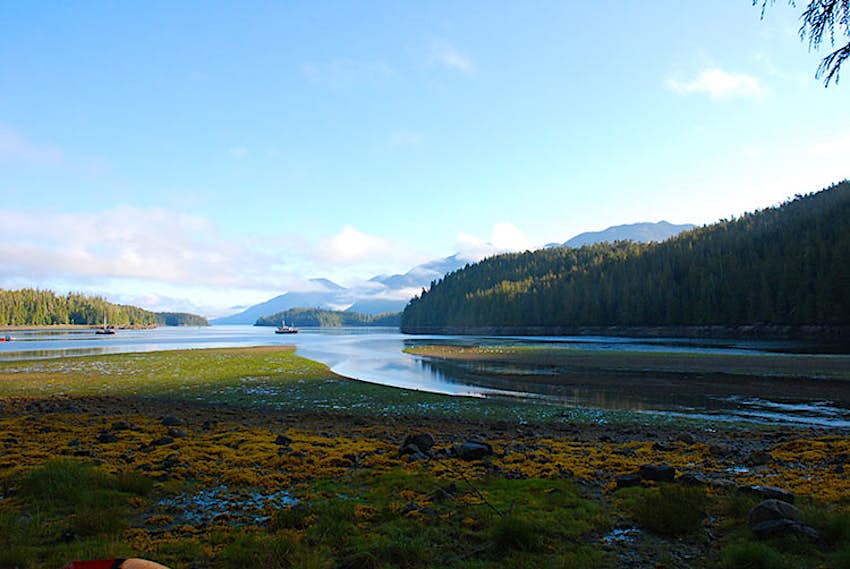 There's a good – and legendary – road (Hwy 20) into the valley that plunges down the rocky slopes on a series of hairpin gravel switchbacks. Alternatively, there's infrequent service on BC Ferries from the south.

The valley is a spiritual place. Nuxalk First Nations artists are active here, and for many creative types from elsewhere this is literally the end of the road. The two main towns – Bella Coola on the water and Hagensborg 15km east – almost merge into one, with most places of interest falling in or between the two. You'll see plenty of artwork and soaring totem poles that honor the spirit bears, ravens and the other creatures at the heart of Nuxalk beliefs and culture.

At the east end of the valley, the southern portion of Tweedsmuir Provincial Park (www.bcparks.ca) is the second-largest provincial park in BC. It’s a barely charted place perfect for challenging backcountry adventures. Day hikes off Hwy 20 in the valley follow trails into lush and untouched coastal rainforest. Walk amidst 500-year-old cedars just west of Hagensborg at Walker Island Park, on the edge of the wide and rocky Bella Coola River floodplain. There’s really no limit to your activities here. You can hike into the hills and valleys starting from roads (consider Odegaard Falls) or at points only reachable by boat along the craggy coast.

Kynoch Adventures (www.bcmountainlodge.com) specializes in wilderness hikes and wildlife-spotting trips down local rivers. Highly recommended float trips to spot the valley’s renowned grizzly bear population run late August into October. Silently floating up to a huge grizzly snatching up a salmon from the icy waters with its fearsome paw is one of the world's great wildlife spotting moments. At other times during the warmer months (June to October) you can float the waters of the Bella Coola River to spot the many other species that live along its banks. For a real challenge, you can arrange winter trips into the wild. 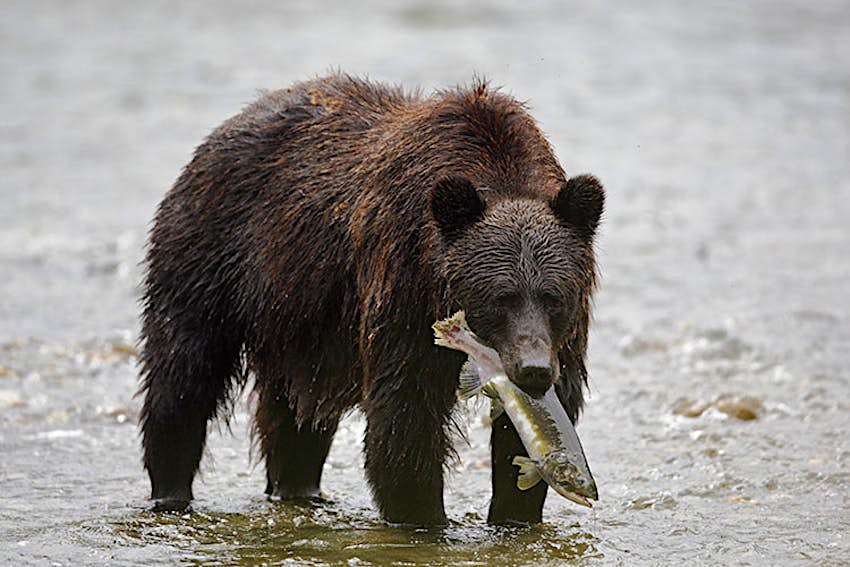 Spotting the elusive kermode, black or white, will require much more effort – and adventure. Guides lead expeditions deep into the rainforest. You can start in the tiny First Nations hamlet of Klemtu, where the Spirit Bear Lodge (www.spiritbear.com) is owned and operated by the local Kitasoo/Xai'xais First Nations community. The lodge arranges wildlife-spotting trips with local guides who have generations of experience in the deepest wilds.

Note that these lands and waters face ongoing threats to their pristine beauty from oil pipelines, logging and more. The Raincoast Conservation Society (www.raincoast.org) is a tireless defender of the Great Bear Rainforest and is an excellent resource for information on this vast and amazing place.

How to rediscover Barcelona on a Catalan night out