Utah has announced that it will unveil two new museums this year dedicated to the life and crimes of Butch Cassidy. Butch - named Robert LeRoy Parker by his British parents - was born in 1866 and was raised in the the pretty town of Circleville. He grew up to become a notorious train and bank robber known as the Robin Hood of the Wild West, and was the leader of the infamous Wild Bunch, which also included cocky young gunslinger, the Sundance Kid.

The first museum is already under construction in Circleville itself, 200 miles south of Salt Lake City. It will include the Parker family cabin, in which Butch grew up with his 12 brothers and sisters. The second museum is in the very early stages of planning and will be located in the old frontier town of Hanksville, which lies in rural southern Utah between Capital Reef and Canyonlands National Parks.

Butch left home at 18, and it was in Hanksville that he and his outlaw gang would supply their remote and impenetrable hideout, Robbers Roost. They would often drink and gamble with the locals, who would help them cover their tracks. The popular Butch was known for his most audacious crime, the Castle Gate Robbery, and Utah is making a concerted effort to tell his story. This process began in 1969 in the iconic Hollywood movie, Butch Cassidy and the Sundance Kid, starring Paul Newman and Robert Redford.

Becky Johnson from the Utah Office of Tourism says that Butch is one of the most charismatic and compelling characters of the Old West. "It's great news that these museums are seeking to tell the true story behind the Hollywood legend," she says. "With the 150th anniversary of his birth - and the 50th anniversary of the movie fast approaching - it’s the perfect time to revisit the tale of a larger-than-life outlaw who’s still incredibly popular in his home state of Utah today.”

For more information on Utah, go to www.visitutah.com 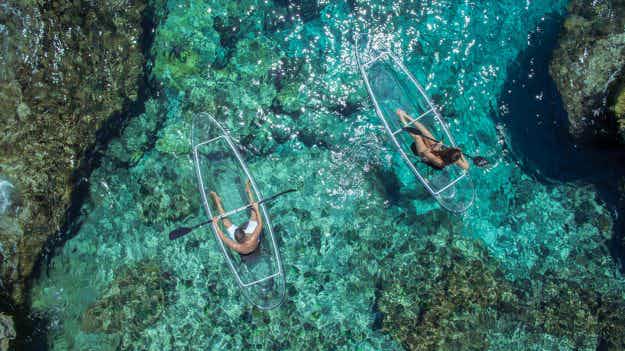 These transparent kayaks turn ocean exploration into a magical experience…

Fancy sleeping in a sphere suspended from a tree in…