Bière de garde: a traveller’s guide to beer in France

Beer. It’s not the first thing most people think of sampling on a trip to France. But France, like many places, is on the cusp of a beer moment.

Breweries across the country are taking a nod from their Belgian neighbours, finding influence in American styles and hops, utilising their fresh and wonderful home-soil ingredients and even reviving a historic and uniquely French style of beer: bière de garde.

Come with an open mind and thirsty palate and you might just find yourself preferring France’s beer to its wine. Or at least loving them both equally.

Here is our guide to drinking beer in France, from sun-soaked brasseries to high alpine huts.

A lot of people make the mistake of thinking there is no such thing as truly French beer; that, at its best, French beer copies Belgian beer. In fact, France does have several unique ways of rendering beer, the most notable of which is bière de garde.

Literally ‘keeping beer’, bière de garde was designed to be a drinkable and storable brew that farmers could brew in the winter (when yeasts were easier to control) and chuck into their cellars to ‘sup on for the next season. Typically, bière de garde is a top-fermented (so, ale not lager) pale or amber-coloured beer; sometimes – though not always – similar to Belgian-type farmhouse or saison (season) beers.

Bière de garde can range in colour from a pale, straw yellow to a deep amber and, because its definition is a bit nebulous, it is a great chance for French brewers to experiment and make their mark on a unique style of beer all their own.

Capital cities are great places for beer culture to grow and thrive, as trends and new cultures tend to be more readily accepted in urban centres, and Paris is no exception. The epicentre of France’s newly thriving beer-drinking culture is Oberkampf in the 11th arrondissement. Here, formerly gritty spaces have transformed into little bars and hip restaurants where in-the-know Parisians go for their fix of gourmet beer and, sometimes, food to pair with it. Les Trois 8 (lestrois8.fr) is a teeny beer-forward bar that stocks a huge range of French and international beers on tap, and nearby La Fine Mousse (lafinemousse.fr) is both an artisanal beer bar and restaurant where you can pair modern French cooking and brewing under one roof.

In hilltop Montmartre, Le Supercoin (supercoin.net) is a neighbourhood beer bar that stocks numerous French beers in bottle and on tap, including the fresh brews from Brasserie de la Goutte d’Or just down the road. And in Pigalle, People Drug Store (peopledrugstore.fr) draws hipsters, grungesters and colourful characters who congregate inside and out front to sip on bottles from the vast fridges, play chess and generally hang about.

If you’re just looking for a few souvenir bottles, La Cave à Bulles (facebook.com/lacaveabulles) is the place to go. They’ve got a huge selection of rare bottles from around France and Belgium, as well as a few good international brews.

Brasserie Georges is the most historic brewery in Lyon. Image by atl10trader / CC BY 2.0

Of all of France’s cities, Lyon may be its most salt-of-the-earth. Traditionally a workaday city, Lyon has maintained its down-to-earth attitude and, despite being on the doorstep of the Rhône wine region, Lyon is a beer-drinking town.

In Lyon, the sun-drenched brasserie terraces of most French cities are replaced by cosy beer-forward boozers with long lines of taps and beer-friendly foods like cured sausage, stews and, every workingman’s favourite, tripe. Historic Brasserie Georges is a beautiful art-deco beer hall that's been open since 1836 and offers four house beers.

Local brewery Ninkasi (ninkasi.fr/en) is a mainstay with a whopping 12 locations around the city. The set beer range is of the perfectly drinkable sort made by early breweries catering to niche and expat tastes. They do a menu of decent pub grub and, if it’s a sunny terrace you’re after (this is still France, after all) the Guillotière location has a huge riverside beer garden out front.

Ninkasi's ambrée is a rich, malty amber. Image by Pierre Guinoiseau / CC BY 2.0

The best places to sample regional and craft beer in Lyon are clustered around Vieux Lyon. Les Fleurs du Malt (lesfleursdumaltlebar.fr) has probably the best selection in Lyon (they also operate a bottle shop not far from Guillotière), with hundreds of bottles in a cellar space along the riverside. Not far away are Les BerThoM (lesberthom.com), which has a selection of draft beers from France and Belgium served in another cavernous space, and the petite The Beers (3 place Saint-Paul; +33 4 72 00 23 60), where the bar staff are friendly and can offer suggestions in English. If you get peckish, Crock ‘n’ Roll (thecrocknroll.fr) around the corner serves artisanal ‘croques’ (French-style toasted sandwiches) as big as your face, as well as craft beers and vinyl records.

Mountains and beer: was ever there a better combination of two things? Maybe it’s because of the fresh, pure water flowing straight from the source. Or possibly it’s just because, after a long day hiking up crevices or swooshing down pistes, there is simply nothing better than a cold, fresh ale.

Where Colorado – the beating heart of the Rocky Mountains – was one of the frontrunners on the American craft beer scene, so the Alps region has been leading the charge in French brewing; in particular, the Savoy region.

A lot of Savoy brewers will tell you it’s a good place to brew beer in large part because there is a constant supply of pure water – the essential ingredient in making good suds – but the high alpine climate also lends itself to interesting ingredients, like wild hops and even saffron. The tiny Brasserie des sources de Vanoise (brasserievanoise.com) brews three saffron-infused beers in a converted alpine house in the village of Villarodin-Bourget.

The region around Lac Bourget is a good place to start a beer tour of the French Alps. In quaint lakeside Annecy, solo brewer Stéphanie Altermatt is making waves with her boutique brewery ArtMalté (artmalte.com), a tiny one-room operation that turns into a cosy beer bar on Friday evenings. Also here, Brasserie Le Pirate (facebook.com/BrasseriePirate) has a pirate-themed taproom in an industrial estate and Alpine-themed Brasserie des Cimes (brasserie-des-cimes.com), which is open Monday-Wednesday for brewery tours and tastings. And in the charming canalside village of Chanaz, homebrewer Pascal Moreau has transitioned to selling his beer produced in the tiny self-made Brasserie de Chanaz (brasseriedechanaz.blogspot.fr), including some special one-off brews with wild hops he collected from nearby fields.

Brasserie du Mont Blanc (brasserie-montblanc.com) – amazingly, France’s second-largest brewer after Kronenbourg 1664 – was formed by brewer Sylvain Chiron, who learned to love beer on the west coast of the US and later learned to make beer from Trappist monks. The delicious ambrée (amber) here is, in part, homage to Colorado powerhouse brewery Odell’s 90 Shilling. There is a full bar and taproom, Le BMB Bar (lebmb.com) open weekdays for tastings, food and brewery tours.

Sample all of Brasserie Galibier's beers at Auberge de Plan Lachat, an alpine hut in the shadow of the col. Image by Megan Eaves / Lonely Planet

Brasserie du Galibier (biere-galibier.com) caters to the resort set in Valloire with its American-inspired but distinctly French brews. The beer is available on tap and in bottles all over the Valloire area and as far afield as Paris. Sample it at the brewery everyday from 4.30-6.30pm, or at the lovely Auberge de Plan Lachat (D902 Route des Grandes Alpes, 04 79 59 23 16), a mountain hut in the shadow of the Galibier pass – one of the cols on the Tour de France.

Megan travelled to France with support from Savoie-Mont Blanc (savoie-mont-blanc.com). Lonely Planet contributors do not accept freebies in exchange for positive coverage. 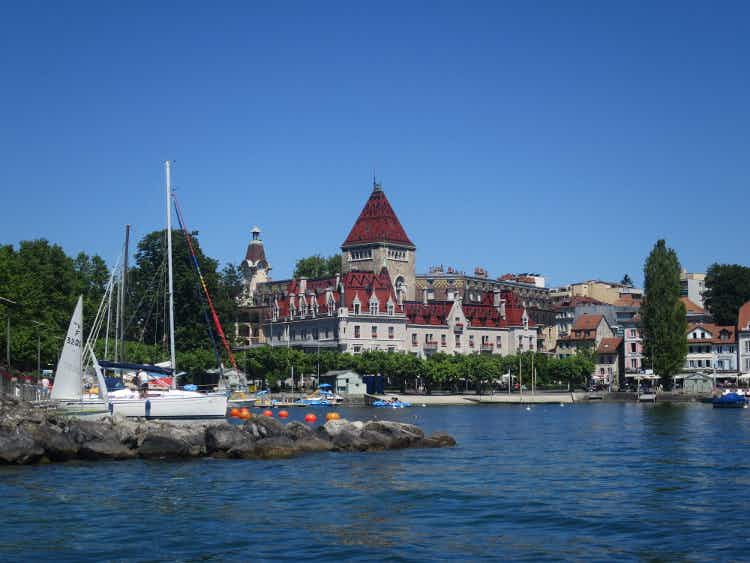 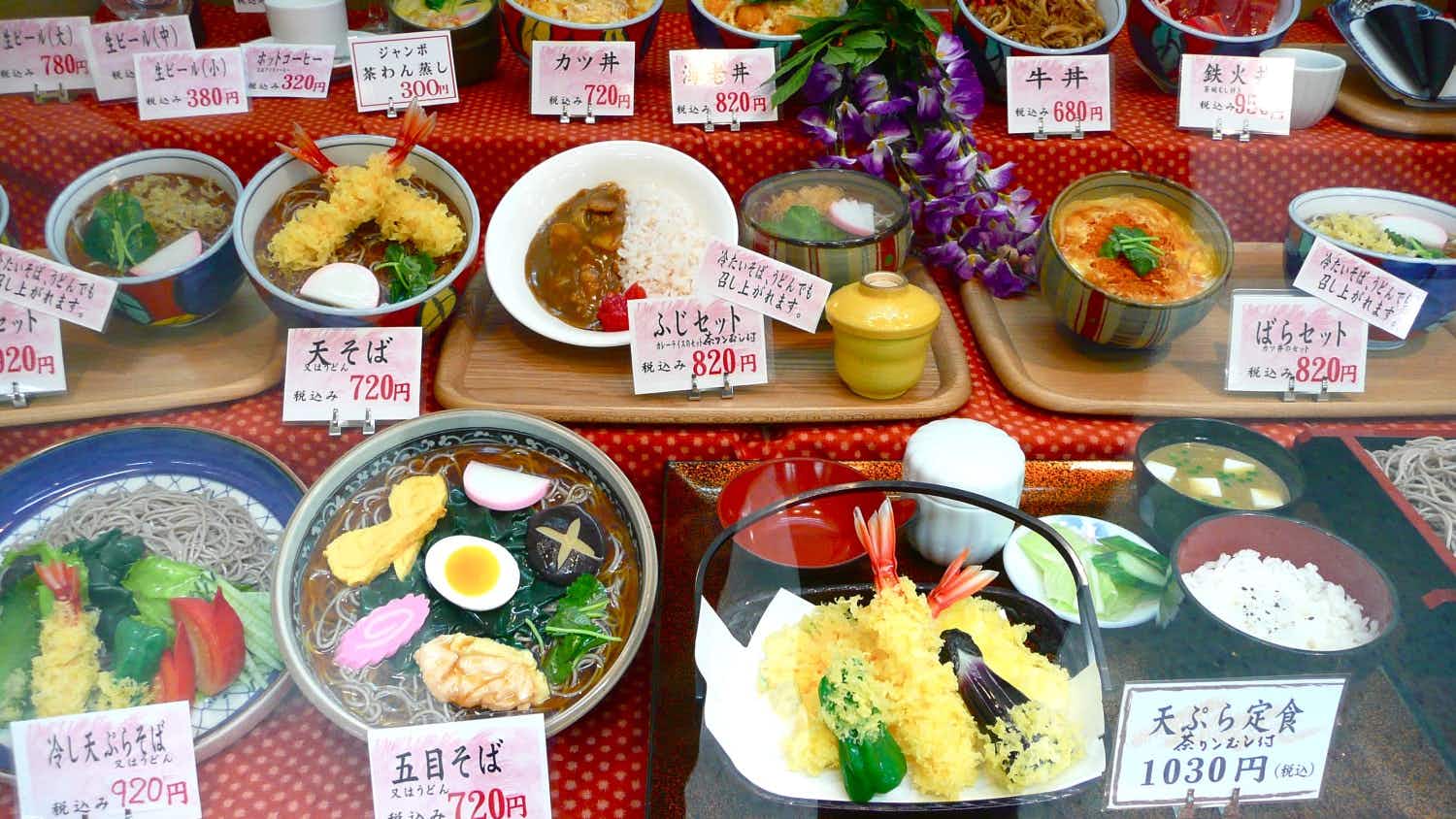 Eating out in Japanese: a guide to Japan's restaurants