Milan through the seasons: the best time to visit Italy’s fashion capital

Milan and “quiet” rarely feature in the same sentence. The glamorous Italian city is lively and dynamic every day of the year, and no matter the season you’ll always find people sipping coffee in cafes, meandering between high-end boutiques, and at least a couple of events drawing in the crowds.

With that said, some months of the year will be more appealing for a visit than others, based on what you want from your trip. Whether you’re after beautiful weather, Fashion Week events or just looking to avoid the crowds, here’s our guide to the best time to visit Milan.

Best time for enjoying the outdoors

Milan at the peak of summer takes some getting used to. While May and June are warm and pleasant, with the city’s palaces and parks bathed in sunlight, July and August suffer from the uncomfortable humidity that’s typical of the Po Valley region of northern Italy (and its sudden summer storms). While you’re essentially guaranteed hot weather during this period, you’re also guaranteed crowds, especially during the school holiday period in July and August.

In late December, the spectacle of the Christmas lights and markets around the city centre brings a second, shorter high season – the city will be bustling with locals and visitors enjoying the outdoors, despite the chilly weather.

The weather is growing colder but September and October (and occasionally even November) still have some beautiful sun to offer. It all comes down to luck – you might get a day that feels like early June, but you might also get soaked through with rain. These rainy days are more and more frequent as fall really takes hold of the city.

What’s certain is that you’ll find less people trying to get into famous buildings and museums than in summer, especially during the week – with schools, universities and jobs back in full swing, Milan is still filled with people but most of them have a place to be that isn’t the Duomo or the Pinacoteca di Brera.

Best time for visiting on a budget

Winter gets cold in Milan. The temperature often hovers around zero degrees Celsius, and the sun disappears way too early in the afternoon. You’ll definitely need to bundle up while you’re out exploring.

That being said, it’s an excellent time to breeze through all the most famous sights, including Milan’s most famous mural, Da Vinci’s The Last Supper, with as few people as you’re likely to find in a bustling city like Milan. Once the Christmas lights are packed away, life starts its usual routine again, and it will be some months before tourists come back in huge numbers. April, right at the end of the low season, is a real gem of a month to be in the city, offering warm weather and few crowds.

Winter is in full swing, and you better bring your warmest coat for when you go out. The city gets back to its day-to-day routine after New Year’s Day and the end of the Christmas holidays.
Key events: New Year’s Day, start of the winter sales

Even though the weather is still cold, February is when Milan starts to dream of Spring again. It helps that the city fills with colors and parades for the carnival days ahead of Lent and Easter.
Key event: Carnevale Ambrosiano

The sun is out again and the days are starting to get longer. People are out and about more and the city’s parks, outdoor bars and squares are busy once again.
Key event: Milan Fashion Week (fall/winter edition)

With the weather getting warmer, events start to multiply and tourists flock back in -- as well as people from all over the world for the start of one of Milan’s most important weeks, Milan Design Week. The world's most prestigious furniture fair, Salone Internazionale del Mobile also comes to town in early April.
Key events: Milan Design Week, spring edition of Fiori e Sapori, Milano Marathon, Salone Internazionale del Mobile

May is one of the best months to visit Milan – the weather shouldn’t surprise you with sudden rain anymore, and you can spice up your visit with some sights you wouldn’t be able to see any other time of the year thanks to Cortili Aperti, which opens up private historic properties to the public.
Key event: Cortili Aperti

June marks the official start of summer and of the city’s high season proper – plunge yourself into the noise and the crowds both around the city’s main sights and at some of its most famous events, including Milano Pride, which is marked with parades, parties, talks and art displays.
Key event: Milano Pride

It’s starting to get hot, and a Po Valley summer takes no prisoners. You can follow the example of many locals and spend hot afternoons lazing in the city’s leafy public parks – after all, you need recharging to tackle heavy shopping in the Quadrilatero. If the daytime hours are simply too hot, see art and historical artifacts at the city’s cultural institutions after dark, during the Night of Museums event.
Key events: Night of Museums, start of the summer sales

Tourists might abound in August, but it’s the month where locals choose to escape the heat by heading to the mountains of the Aosta Valley or down to the beaches of Emilia Romagna and the south of Italy. The country-wide public holiday Ferragosto takes place in mid-August, with many smaller restaurants and independent shops closing for several weeks around this time.
Key events: Ferragosto

September is one of the best months for travelling to any part of Italy – it’ll offer you some of the nicest weather you’ll find in the Bel Paese (beautiful country) as well as a whole array of events as people return home from their holidays. In Milan, these include the spring/summer edition of Milan Fashion Week and the return of the football season, which always brings a raucous atmosphere to the city’s San Siro Stadium (the home ground of both AC Milan and Inter Milan).
Key events: Milan Fashion Week (spring/summer edition), Vogue Fashion Night Out, start of the football season

Pack some shorts and some wet weather gear if you’re planning to visit Milan in October – you’re likely to get warm and golden days just as easily as a deluge that lasts for the entirety of your trip. Should you get caught in the rain, the Milan Film Festival offers sanctuary, with a week of screenings and exhibitions on offer.
Key events: autumn edition of Fiori e sapori, Milan Film Festival, MilanOltre

With fall swiftly turning into winter, November serves as something of a pause in Milan; a chance to breathe before the festive fun begins in December. The JazzMi jazz festival, however, gives an incentive to visit this month, with events all over the city.
Key event: JazzMi

December in Milan isn’t just about Christmas – it’s also about Saint Ambrogio, the city’s patron saint. On December 7, the city shuts down and Christmas markets (known as Oh bej! Oh bej!) pop up around the Castello Sforzesco. And the day after it’s all glamor and culture as La Scala’s ballet and opera season begins.
Key events: Saint Ambrogio celebrations, Scala opening night 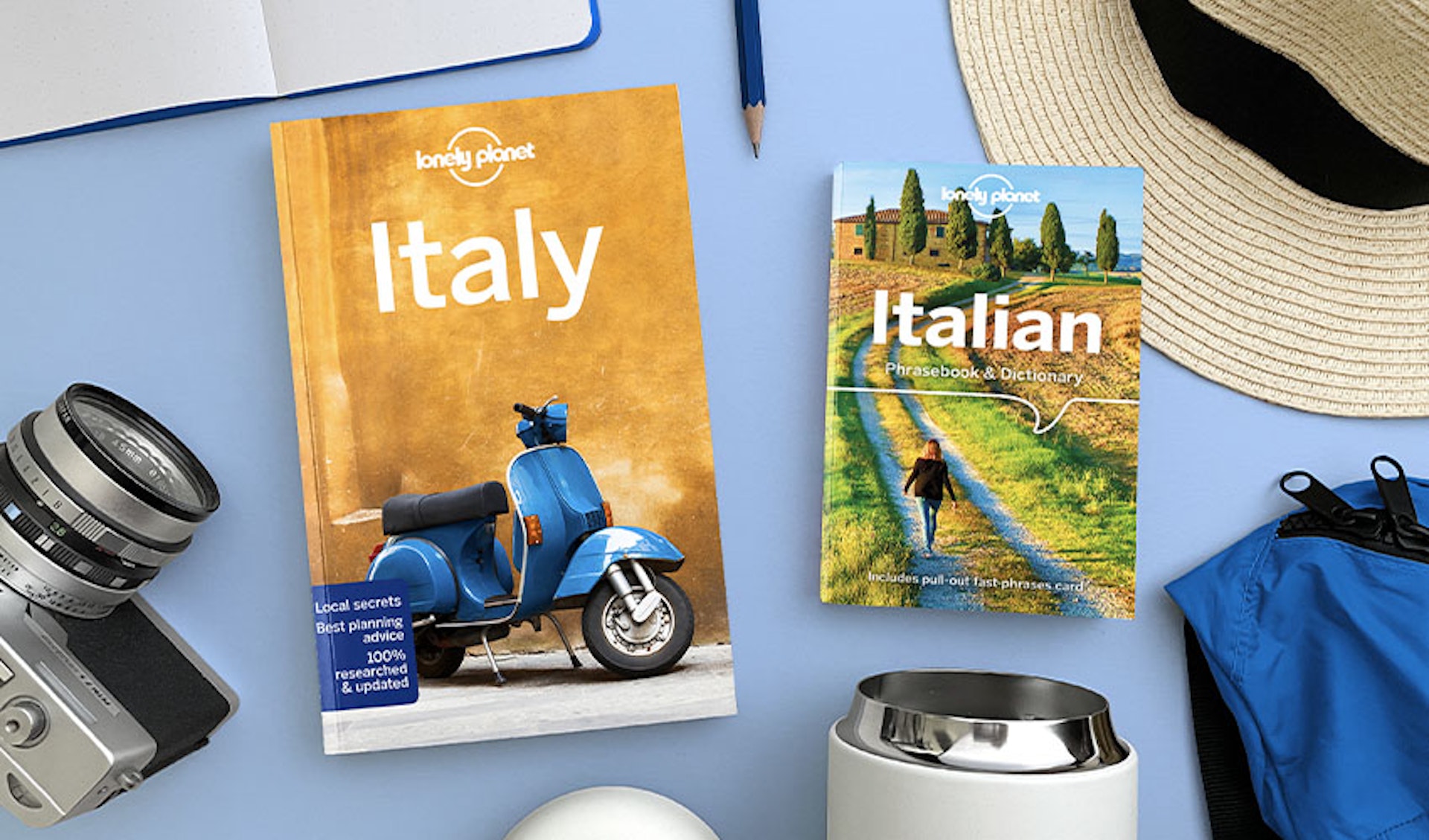 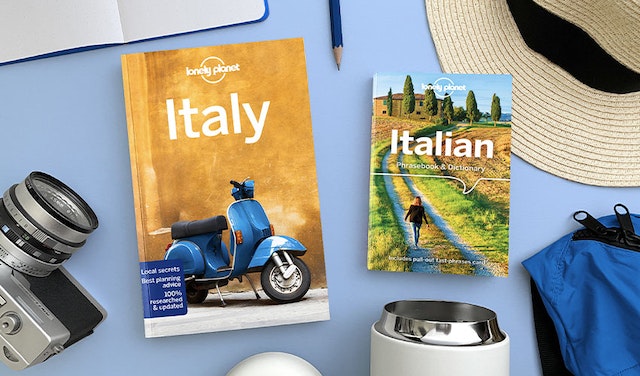