Alpine thrills: Liechtenstein for lovers of the outdoors

Liechtenstein is gearing up for its birthday bash in 2019 as the principality turns 300. To celebrate, it will be pulling out all the stops with a line-up of special events, exhibitions and parties – the big one will be the National Day on 15 August, with a firework finale.

For a country that lives in its hiking boots (in summer) and skis (in winter), it’s little wonder that all the hype is about the brand-new Liechtenstein Trail. If hiking is not your cup of tea, you’ll find plenty of other outdoor activities to thrill in this most Alpine of countries.

If you’ve ever fancied walking around an entire country in a weekend, now you can. In late May 2019, Liechtenstein is celebrating its birthday with a brand-new hiking trail, designed to present the country’s ‘greatest hits’ in a nutshell. Indeed, there’s no better way to acquaint yourself with Europe’s fourth-smallest nation – squashed between Switzerland and Austria, rippled with mountains, straddling the Rhine and encrusted with castles – than by hitting the trail.

Easily spread across two to three days of walking, the 75km hike kicks off in the petite capital Vaduz, crowned by the prince of Liechtenstein’s perkily turreted, 12th-century castle, and home to His Highness’ wine cellar. From here, the trail ticks off all 11 of the country’s municipalities, heading through vineyards and pastures, along the banks of the Rhine, and over moor and mountain. En route there are castles to ignite medieval fantasies, such as ruined Schellenberg and turreted Gutenberg in Balzers (for a history primer, download the LIstory app when it launches in May). You’ll also take in natural highs such as the wildlife-rich peatlands of the Ruggeller Riet and the mountain ridge of Eschnerberg, with deep views into the Rhine Valley. For details on accommodation and a map, check the tourist office website.

If the Liechtenstein Trail has whetted your appetite for striking out on foot in this phenomenally beautiful, enticingly compact country, there’s plenty more where that came from. One of the most famous trails is the 12km, five-hour Fürstensteig, a rite of passage for most Liechtensteiners. Providing you’re fiddle-fit, sure-footed and have a head for heights, you’re ready to tackle this at times very narrow, sheer trail.

Starting at 1400m in Gaflei and ending in Planken, the Fürstensteig meanders from pasture to pine and peak, with exposed sections secured by ropes and railings, in via ferrata style. At Gaflei saddle, memorable views of the jagged Drei Schwestern (‘Three Sisters’) range open up. The hike’s highest point is the cross-topped Kuhgrat at 2123m, with top-of-the-beanstalk views of the Rätikon range and the Swiss and Austrian Alps. To maximise those views, you could spend the night at the Gafadurahütte at 1428m.

A terrific alternative is the 12km, five-hour Fürstin-Gina-Weg, which starts at the top of the Sareis chairlift in Malbun. The circular high-level hike leads up to the spectacular summit of Augstenberg (2359m), with broad views into the Liechtenstein, Swiss and Austrian Alps, with the option of overnighting at the Pfälzerhütte where the three countries meet. Slightly shorter and easier is the three-hour ramble on the 5km Grüschaweg from Vaduz to the traditional mountain village of Triesenberg, via beech woods and pretty Walser settlements. You can dig deeper into the heritage of the Walsers – a German-speaking ‘tribe’ from the Valais that emigrated across Europe in the 13th century – at the Walsermuseum.

If the kids need encouragement to go hiking for the day, what better way to tempt them than with a furry, four-legged, doe-eyed friend? In Triesenberg, Lama & Alpakahof runs two-hour, half-day and full-day hikes into this mountainous, lushly forested corner of Liechtenstein. They set off in all weather conditions, and there’s something quite special about walking through the quiet, snowy woods with a llama in tow. These pack animals, indigenous to South America, appreciate personal space but are happy to wander along, loosely attached to a rein, at a mellow pace. Outdoor fondue or barbecues can also be arranged to round out a walk nicely.

One of the absolute delights of being in a country as tiny as Liechtenstein is that you can whizz around it in a day with your own two wheels, or even pop over to neighbouring Switzerland and Austria to make a longer ride of it. The country is laced with excellent, well-signposted cycling routes and off-road mountain biking trails that command stirring Alpine views on every bumpy descent. Bikes and e-bikes are available for hire at the central Liechtenstein Center in Vaduz.

One of the most famous routes (and justifiably so) is the 59km, roughly four-hour Three Country Tour (Drei-Länder Tour), doable by road and e-bike. This route starts and ends in Vaduz and dips into the Rhine Valley, taking in some arresting mountain backdrops in Eschen and the arcaded, late-medieval old town of Feldkirch in Austria. It then follows the Rhine to castle-topped Buchs (in Switzerland) and crosses the shiny-new Energy Bridge in Schaan before heading back to Vaduz. There are no major inclines to sweat out, making the going reasonably easy.

If you’re into your castles big time, you might prefer the 45km, roughly three-hour Five Castle Tour, linking Liechtenstein to Switzerland and ramping up the history at five castles (as the name suggests) in Vaduz, Buchs, Wartau, Sargans and Balzers. Alternatively, the 50km, two-stage SwitzerlandMobility Rheintal Bike route wraps up some of Liechtenstein’s best bits, racing you through the whole country from vineyard to pasture, peak and princely residence.

The only country that falls entirely in the Alps, Liechtenstein has a whole lot of vertical, and the mountain scenery here is predictably ravishing – the real winter wonderland deal. While the principality can’t rival Switzerland and Austria with the scale and height of its slopes, there’s nevertheless highly decent skiing to be had here, especially for beginners, intermediates and families taking their first turns. On its snowsure perch at 1600m, end-of-the-road Malbun is the go-to resort for downhill skiing and snowboarding. The tiny village, with its sprinkling of timber chalets, cranks into life during the winter season, with chairlifts and a draglift winging skiers up to Sareis at 2000m.

Should you prefer to glide through the white-iced forest in silent exhilaration, there’s cross-country in the Valüna Valley, with 15km of classic and skating tracks starting in Steg, including a 3km trail that’s illuminated after dark. Passes, ski rental and tuition are available at Valünalopp. Or you can up the action with a raft of other winter activities, mostly centred around Malbun, including snowshoeing, ice climbing, tobogganing, ice skating and backcountry ski touring.

Liechtenstein might only be little, but planning ahead helps, especially if you’re intending on hiking the Liechtenstein Trail. For bus network timetables, visit the LIEmobil website. The closest airport is Zürich in Switzerland. From there, take a train to Sargans and then a bus to Vaduz; it’s around a two-hour journey. See the SBB website for details. 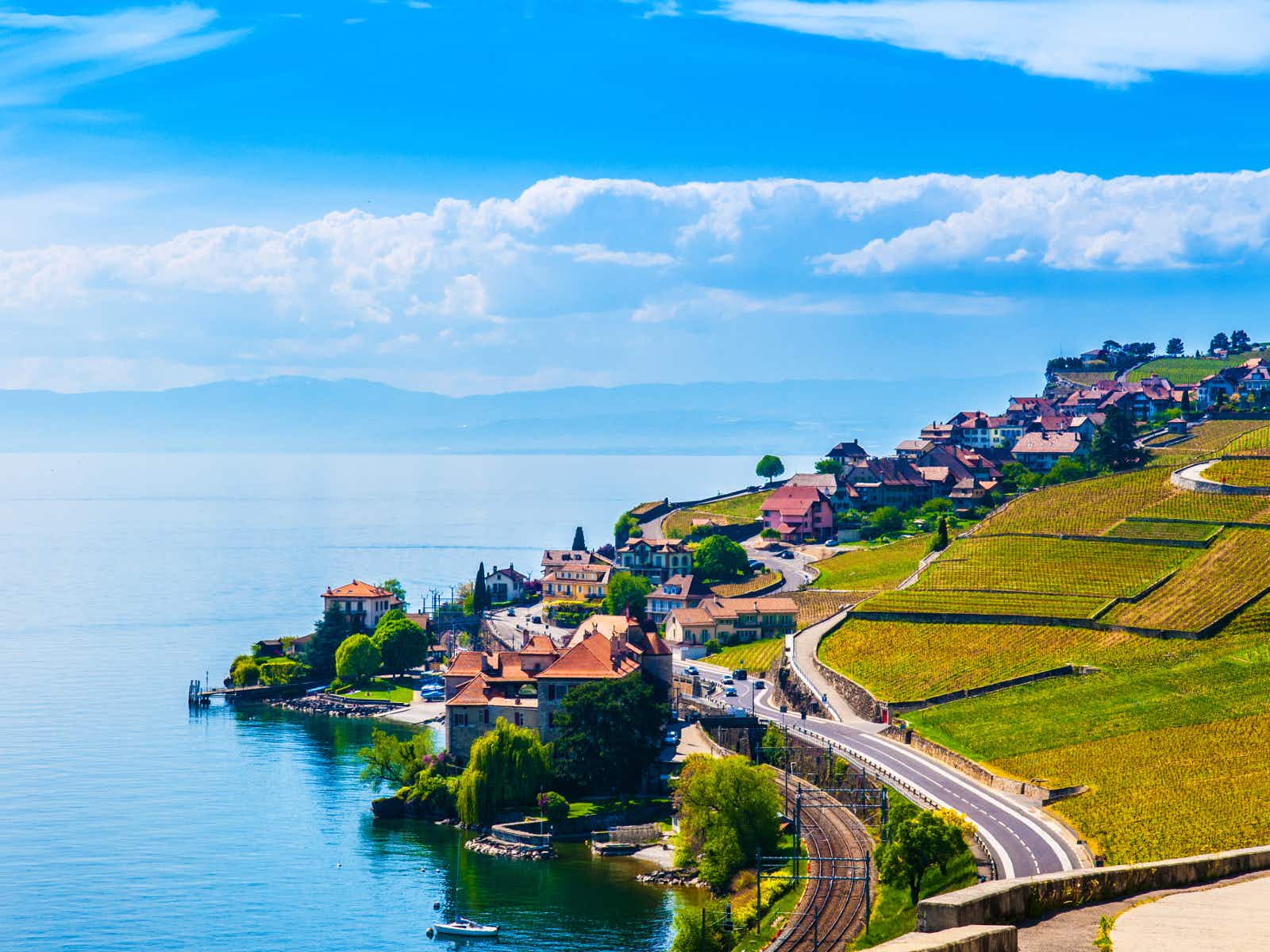 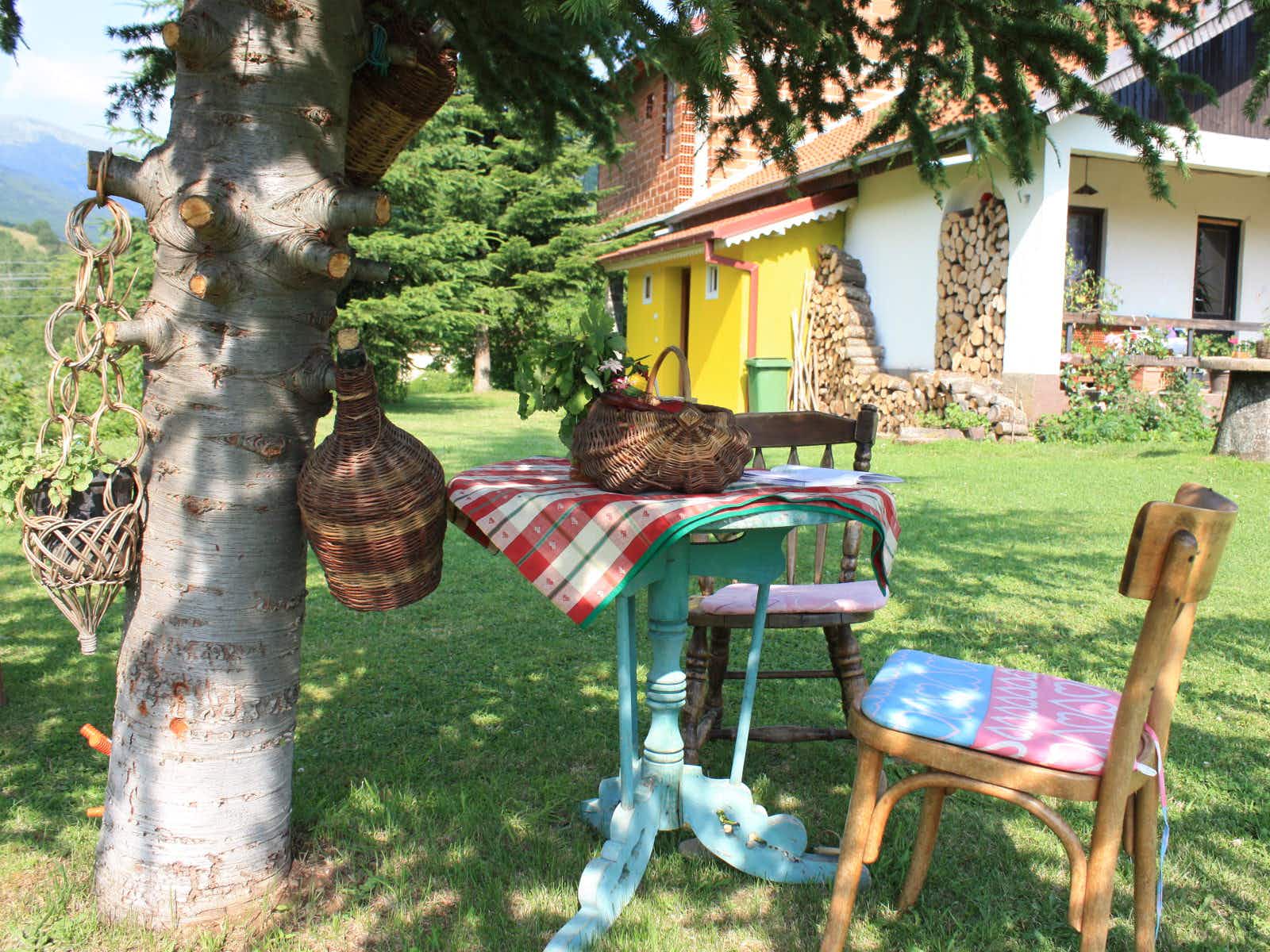